Animal Kingdom is one of 4 parks that make up Disney World in Florida. I'm sharing our top 10 things to do at Disney's Animal Kingdom Park in Florida, to help you plan your own trip someday!

Animal Kingdom is where you'll see real animals and celebrate life on this planet (and others!). We really enjoyed this park the first time we visited but it is even better now that you can pay a visit to Pandora! 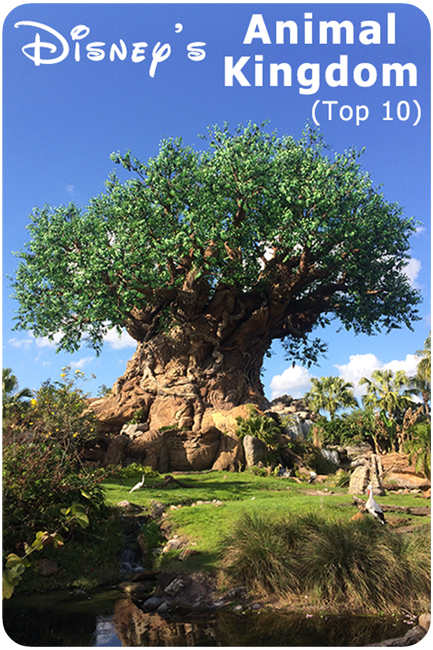 We've put together our 10 favorite things about Animal Kingdom in this post. If you'd like to see our top 10 parts of the other Disney World parks, you can find links to those posts at the end of this one. If you have any questions about any of it, please feel free to ask me in the comments!


When we visited Disney World in 2018 we had the opportunity to visit Animal Kingdom before the park opened with the other Disney Social Media Moms Celebration participants, to experience the Valley of Mo'ara in the Pandora section of the park and the 2 new Avatar rides. It was such a unique experience to be able to ride these popular rides without waiting for a line!

That being said, the lines at Disney World are like no other line you'll ever wait in. You wait for the Flight of Passage ride from inside the mountain and your surroundings are amazing- you feel like you're inside the movie! As you get closer to riding, you walk through the lab and see life-sized replicas of the things in the lab in the movie- many of which are actually moving. It's so cool! 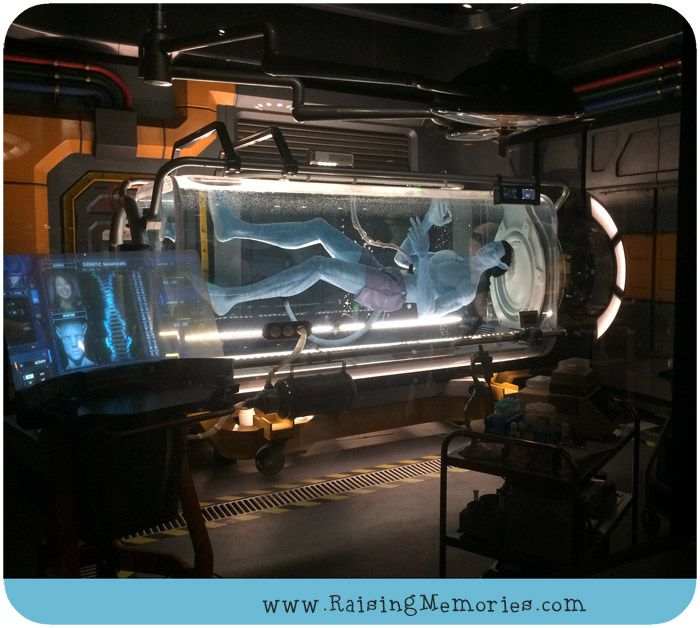 The line was Katrina's favorite part (she was 9 years old at the time). She opted out of the 3D flying simulator experience but the rest of us (including Talia who had just turned 12) were excited to ride on the back of a mountain banshee! The ride is amazing- you can actually smell the dirt, feel mist, and feel "your banshee"'s belly breathing in and out between your knees as you're riding!


Na'vi River Journey is a mystical boat ride that takes you into Pandora's glowing bioluminescent rain forest. True to the movie, your surroundings during the ride are beautiful! It's also slow (think "It's A Small World") and fine for all ages (unless you have sensitive young kids who get nervous about some threatening creature sounds).


If you've seen a photo of Pandora from Disney World, then you've probably seen the floating mountains. They are breathtaking and very well done! It's an amazing experience to walk through the Valley of Mo'ara! If you get the opportunity to walk through it in daylight and return again in the evening, I would highly recommend that you do because it's a very different and impressive experience in the dark! 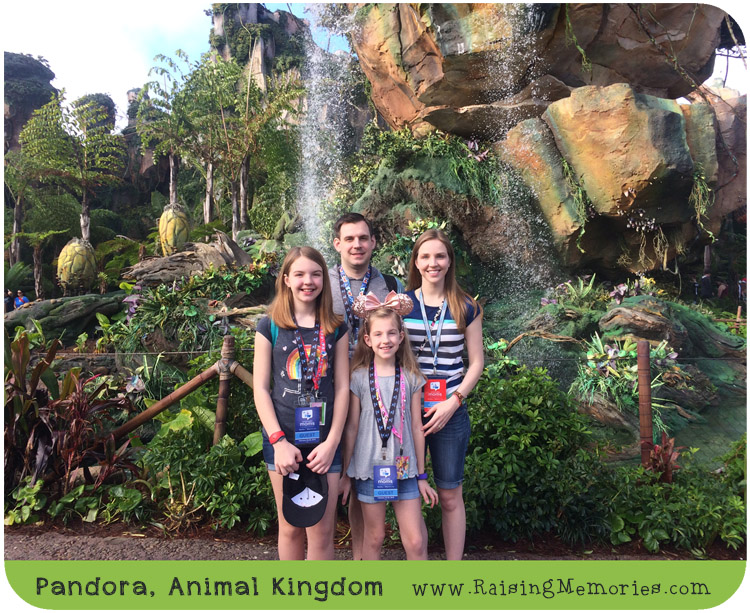 
I missed the safari the second time we went to Disney World because I was at a Social Media Moms meeting and it was THE thing that I didn't do, that I missed the most! I can remember how cool it was the first time we went. It's a guided tour of what feels like an African savanna. You sit in an open-air vehicle (which is great for views & snapping photos). My favorite memory was when we saw baby giraffes running past us (up close)- it was so cool!

Festival of the Lion King


If you're going to Animal Kingdom you must see the Festival of the Lion King show. It is so well done! We saw it during our first visit to Disney World and I think it'll be near the top of our Animal Kingdom list as long as it's around! It's like a mix of Broadway, acrobatics, puppetry, and animations with impactful music that celebrates the Disney Movie. We love it! 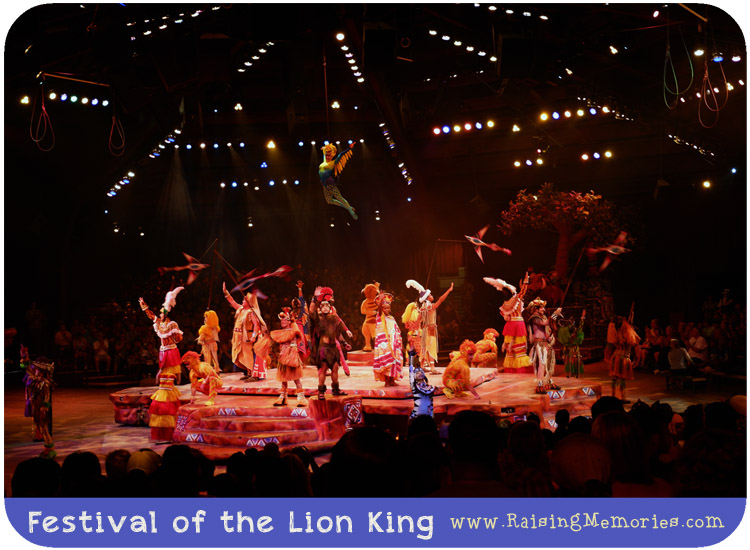 The Park at Night


The Tree of Life is the first thing you see in the distance when you walk into Animal Kingdom. It's huge! It's amazing! When you get up close to it, you will see a ton of animals carved into its trunk. It is a beautiful celebration of life. Then when it gets dark, the tree is "awakened" with a beautiful light show accompanied by music. You'll watch what is essentially an animated show, projected onto the tree. It is (like so many things in the park) like magic.  The image below does not do it justice. 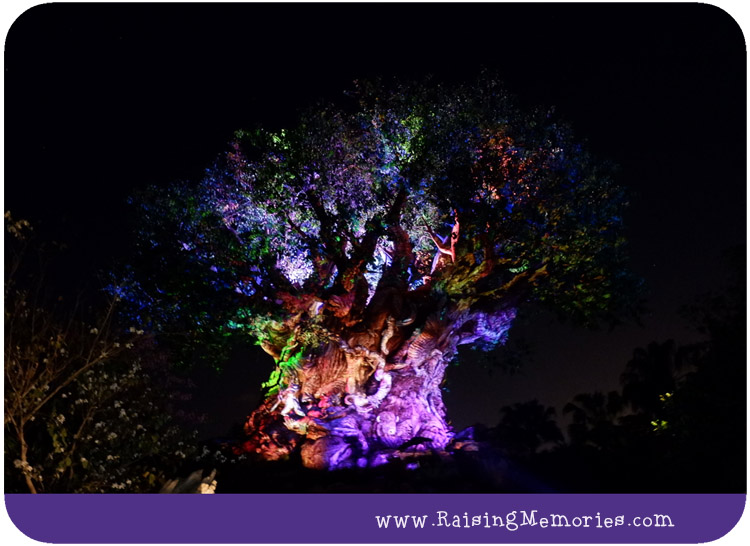 I've already mentioned Pandora at night and finally, you MUST see the Rivers of Light show if you can!


Many of the parks at Disney World will hold fireworks shows in the evening but there are animals living at Animal Kingdom so instead of loud fireworks, they have a beautiful light show on water- and it is breathtaking! Seating for this show is limited, so you'll want to arrive early to get a good seat. It's around 17 minutes long and you can look up start times ahead of time.

I took some video of the show while we were there so you can see what it's like!  Here are 4 minutes from several parts of the show:


There aren't a lot of intense thrill rides at Disney World and our kids like roller coasters so Expedition Everest is a definite favorite for us! It takes you up into the mountain in the dark, has big drops, and brings you right up close to face a Yeti! 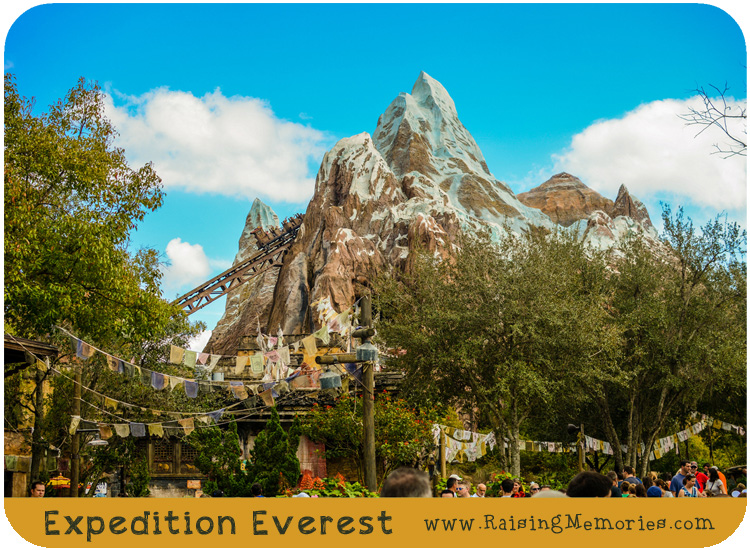 
Kali River Rapids is perfect for a hot day. You WILL get wet- some of you more than others! You'll sit buckled into a raft with several other people and float down the whitewater river rapids through a lush jungle that feels like Asia! This one is a lot of fun because you can see each other's reactions as you get splashed and take guesses as to who is going to walk away wetter than everyone else (as long as no one in your group will be sad if they get drenched!).


Rather than choosing a tenth attraction, I want to mention the atmosphere of Animal Kingdom in general. I love it! You really get the sense that you're walking around in different parts of the world. From the smells of the food, to the live music that gets you into the spirit of different cultures, and the amazing views around you everywhere, it is such an immersive and beautiful experience!


That's it for our Animal Kingdom Top 10! 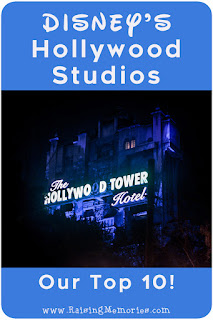 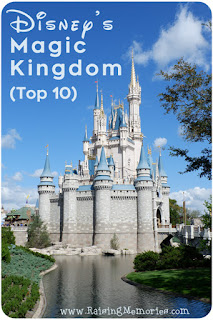 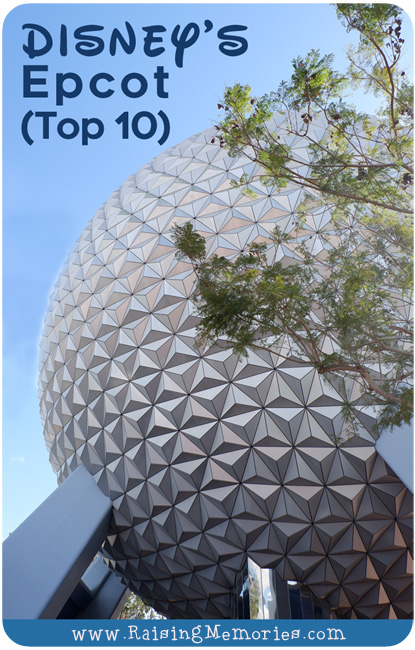