Cupcakes In A Jar!

Cupcakes In A Jar! 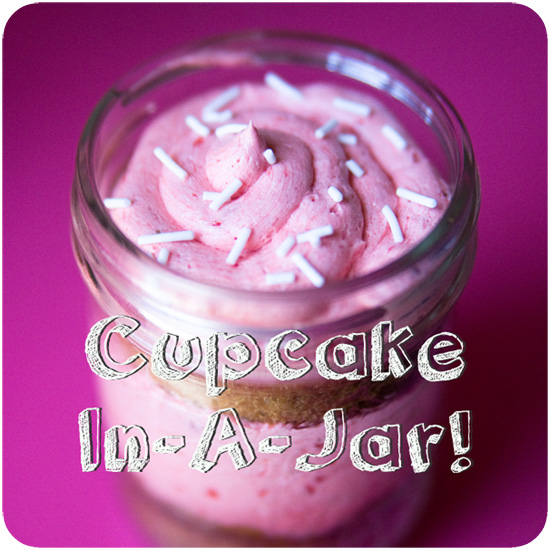 I have been wanting to make cupcakes in a jar for a while now. (I've pinned several versions on my recipe board on Pinterest ;)

I recently looked for mason jars at WalMart and discovered that they're not very expensive, so I bought them with excitement & planned to make some red & white version of cupcakes in a jar for our family gathering for Canada Day.

You may notice that I didn't quite succeed with the red & white Canada Day plan, but meh... they were yummy ;) 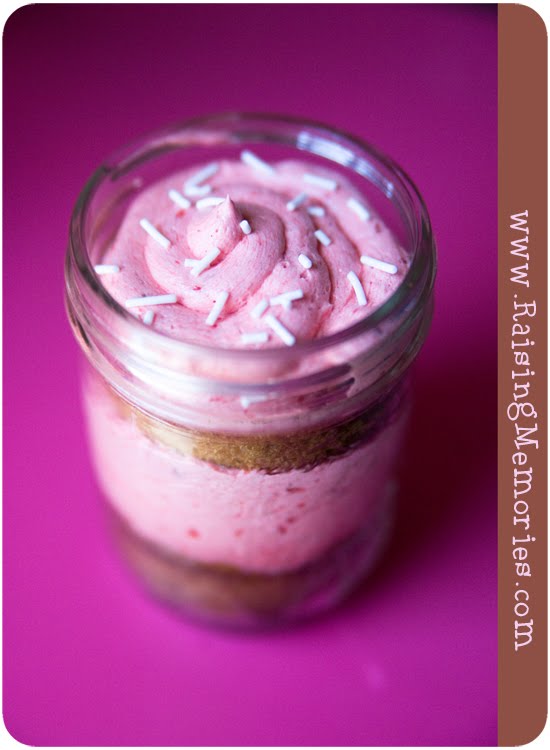 I found a frosting recipe with strawberries in it and used this version of cupcakes in a jar as a guideline. I just used a cake mix for the cupcakes. I was happy with the frosting & the way these turned out- aren't they cute? :)

Basically all you have to do is get the right size of jar, make cupcakes (make sure you make all 24 so your cupcakes don't turn out too big) and then squish them into the jars with frosting between 2 cupcakes- easy & so cute & portable! :)

I have a feeling this is only the beginning of a long love of mason jars :) Have you ever made anything creative in a mason jar?