Here are some helpful tips and tricks for constructing a rainbow polka dot cake, decorated on the outside with the petal cake style.
In this post, I'll focus on tips & tricks for execution rather than sharing a full recipe. Since you can find recipes for both of these types of cakes online already, I've linked to some recipes at the end of this post.
For Talia's 8th birthday party, she wanted a polka dot birthday party. I knew that I wanted to make a cake surprise for her with a rainbow polka dot cake. I wasn't sure how I would decorate it on the outside until I came across what is called a petal cake which is the technique I used to frost the exterior- I love the effect!

How to Make a Polka Dot Cake

If I were to make the cake again, I would probably use store bought icing bags & just cut off the ends so that they would all be equal (when I made this one I didn't have 6 of the same size icing tip or bag, so I had a mixture of sizes to work with and try to make them look even). 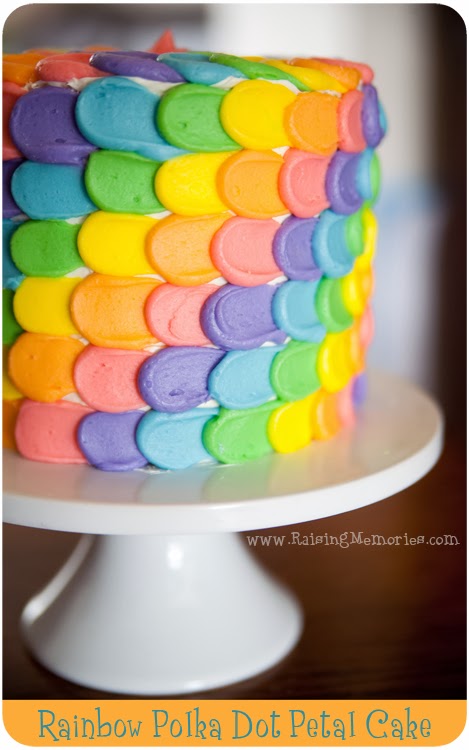 Because I wasn't sure if I'd have enough icing and it was my first time frosting a cake this way, I was a bit stingy with my icing "squirts" and that meant that I had some white icing showing through at the end. I would do that differently next time. (and with the recipe I used (linked below), I would've had plenty of icing to do that- although I'm not SURE if I would've had enough to do between the layers & the crumb coat) 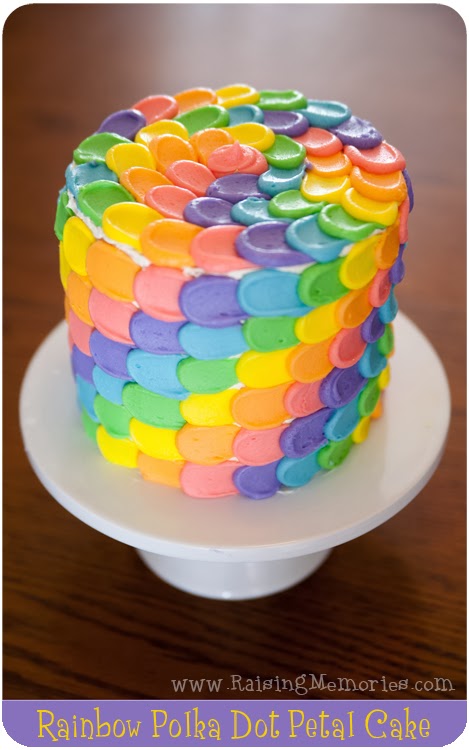 Below, you can see how I decorated the top: 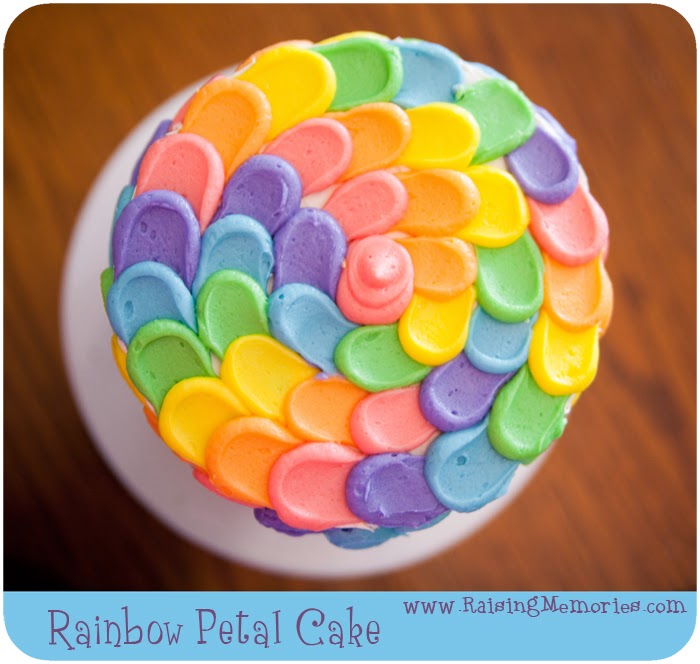 I was very happy with the polka dot interior of the cake! I made a lot of cake balls with one of these. I baked them for the recommended time (recommended by the information that came with the cake pop maker) which was fine, but I think I would do it for less time if I did it again, to avoid the brown edges of the cake pops (and polka dots).

I used a whole cake mix for my cake balls and used the whole thing. I froze my cake pops because I made them a day early. I didn't quite use all of them, but I did completely fill my cake pans with cake pops before adding the white cake batter. This was a good move because we always had polka dots- wherever we cut the cake. I have seen other cakes like this where the cake pops were more sparse (and therefore there weren't always polka dots, depending on where you cut the cake).

I have read about people using different cake recipes for the cake balls than the rest of the cake- trying to make the cake balls more dense so that they don't float.. something like that. I didn't bother doing that and I think it turned out just fine! So, I would say don't worry about using different types of cake!

I made 3 6" layers, so it was a small diameter but the cake was tall, so I could cut thin pieces and we had more than enough cake to go around! So a total of 3 white cake mixes: one cake mix for the cake balls, and two cake mixes for the cake layers (divided into 3).

I only had one cake pan to work with. It would've been ideal if I had three 6" cake pans because I could've baked them all at once. But it worked fine with just one.

I was excited to see how it would look when I cut it and very happy with the result! 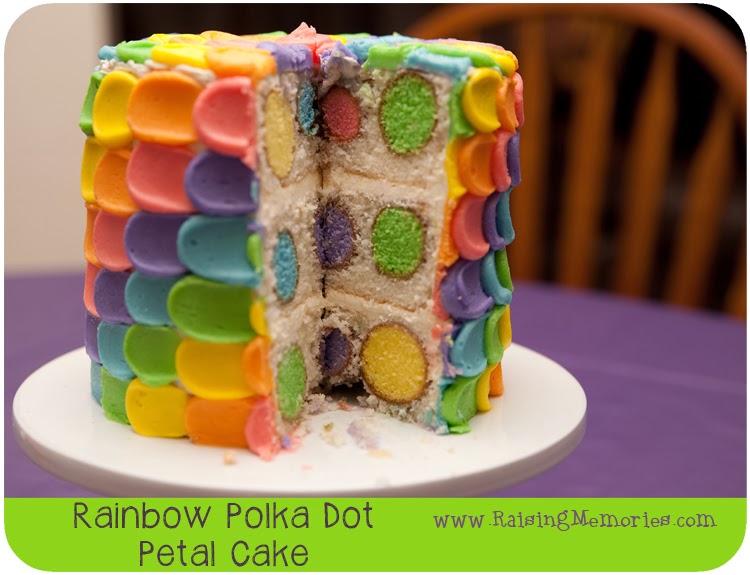 There are some other tips included with the polka dot cake tutorial that I will link to below that I used and worked well for me, but there were some that I didn't bother to do and it worked out just fine for me. For example, I didn't add anything unique to my cake mixes- I just followed the box instructions (using only egg white so that the colours would turn out well, but not adding pudding mixes or anything).

But I did follow her instructions about covering the bottom of the pan just a bit with cake batter before placing the cake balls. And I tried to get batter in between each of the cake balls and cover them all. That was a bit tricky with how full my pans were with cake balls, but it worked fine.

Can You Freeze Cake With Icing?

ALSO, one more tip: Freezing a cake that's already decorated: The morning of Talia's party, there had been a TON of snow, and the plows didn't get out in time to make the drive safe for everyone to get here. Ken had been outside shoveling the driveway and had to push a couple of people out of our street! So, we had to postpone Talia's party (from a Saturday to a Friday) and I had just finished decorating the cake when we made that decision! (This cake was a fair bit of work, so I was not about to make another one a few days later! ;) So, I quickly started researching how to freeze frosted cake and decided to put the cake (cake plate and all!) in the freezer for several hours (5 or 6 maybe- but I think I read that 4 is enough) so that the icing would be very hard. Then I took it out and covered it with a couple of layers of plastic wrap. I left it in the freezer like that for almost a week and took it out the morning of the party (which would take place in the afternoon). I left it in the fridge for a couple of hours (still covered) then uncovered it and left it in the fridge until an hour or two before the party (I forget exactly) and it was in perfect shape! I was very happy with how well the freezing/thawing process went so I couldn't leave out this tip for how to freeze a decorated cake!

The elements of this cake were not my original ideas. I found both ideas (polka dot cakes and petal cakes) through Pinterest and decided to combine them - I found and followed this tutorial & frosting recipe to decorate the outside and this tutorial for the inside of the cake. I used this cake plate from Minted.com (was provided as part of an exchange for a previous sponsored post).

I hope this post will be helpful to anyone who wants to try a petal cake or a polka dot surprise cake sometime in the future! :) (Or if you need to freeze a fully decorated cake for any reason :) 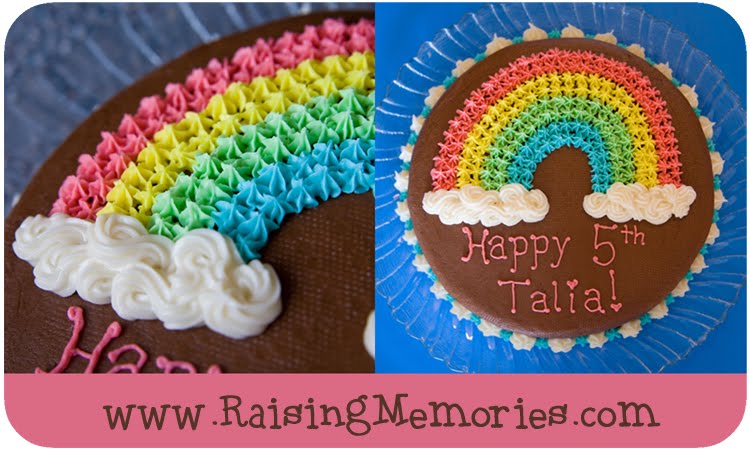 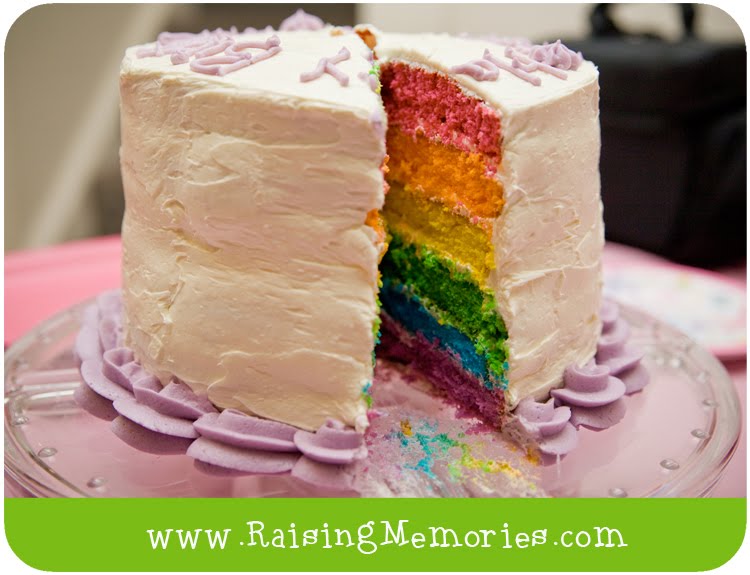 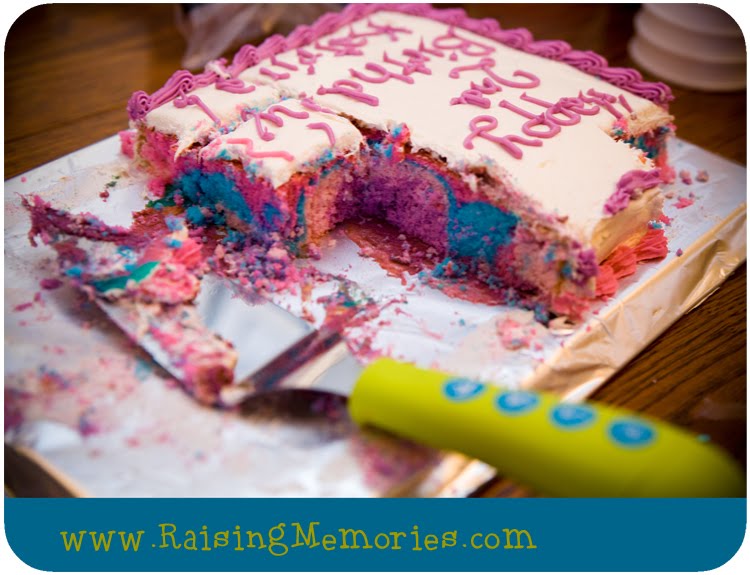 And a couple of other rainbow food ideas: 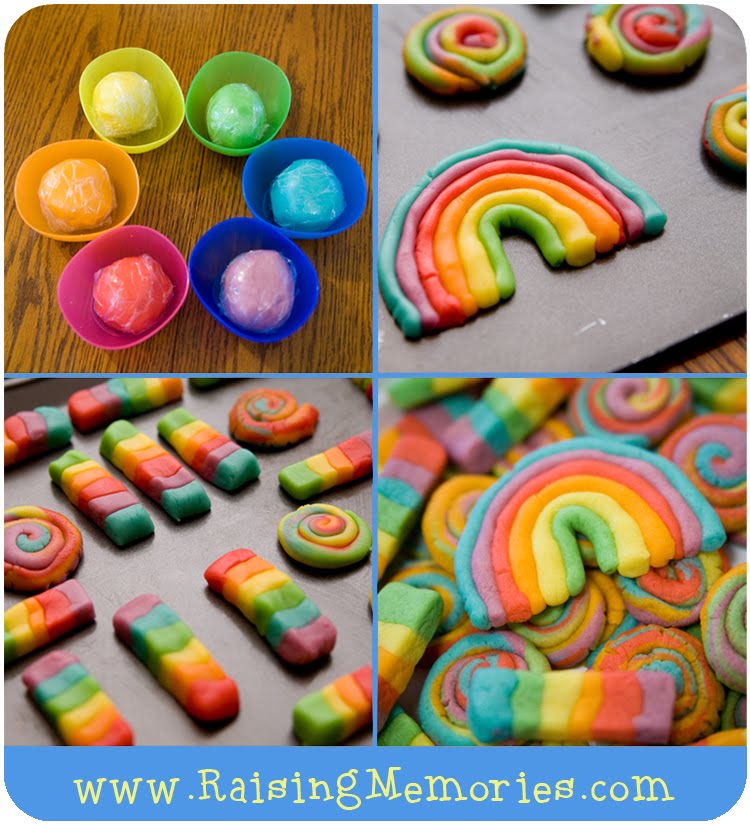 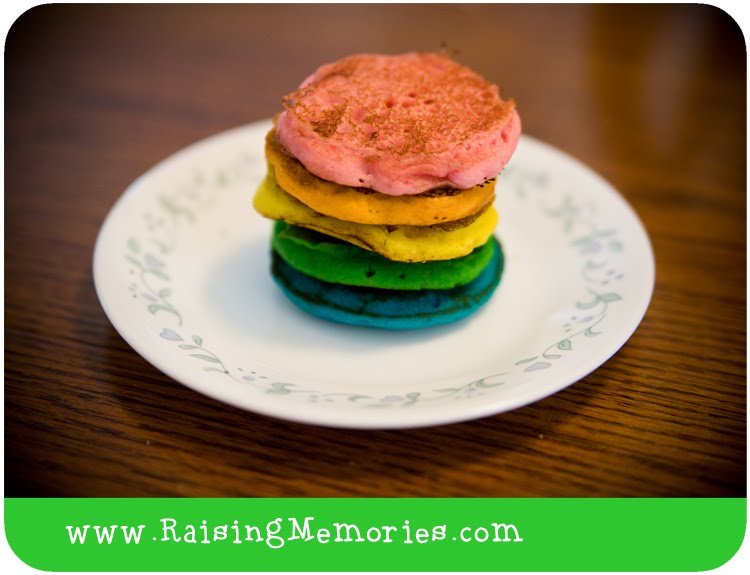