Here's a simple Snowman Snowball Toss Game that we played at Katrina's Frozen birthday party one year. I'll tell you how to play, what you need, and where to buy fake snowballs if you want to use them!
This game was a definite hit with the party guests- what could be better than indoor snowball games, without the cold? 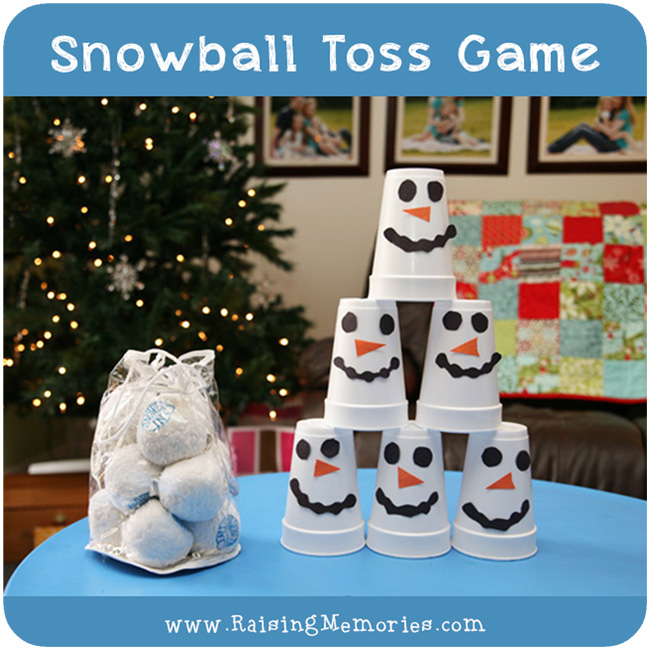 
- Foam Cups
- Black & Orange construction paper
- Scissors & Tape
- Fake Snowballs (we knew someone who had these fun stuffed balls that look like snowballs, but you could use a beanbag or other soft-ish ball :)

Where to Buy Snowballs

An easy place to get fake snowballs is Amazon! Here's a link: Indoor Snowballs

(As an Amazon Associate, I earn a small commission from qualifying purchases)


I had Katrina draw snowman eyes & mouths onto black construction paper and carrot-shaped noses on orange construction paper.  Then she and Talia cut them out (so that the mouths were joined together as one piece- made everything much easier ;)

We put those pieces into little bowls on the table with rolled tape as well as the foam cups and the party guests assembled our little "snowman head cups". :)

Then it was time to stack them up and have a little snowball fight! 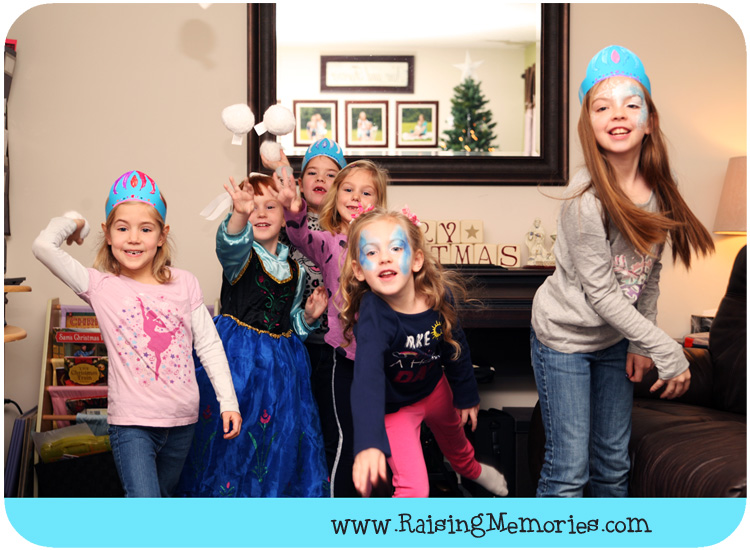 This snowball toss was a pretty simple and very inexpensive game but it was SO MUCH FUN! 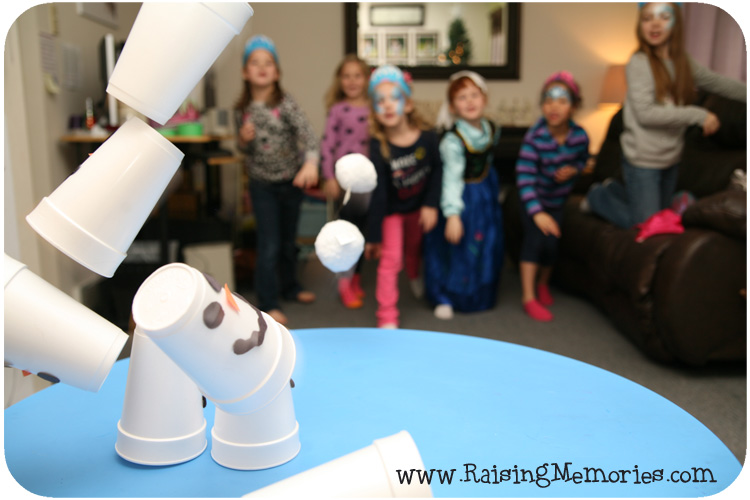 Hope you can use this idea or a variation of it for your next party!  Feel free to pin it for later :)