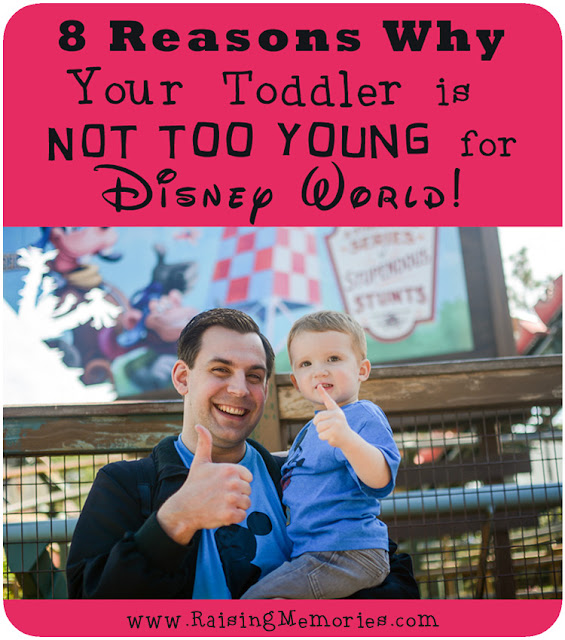 #1 - You Can Bring your Toddler on a Lot of Rides!

Many of the rides at Disney World are fine for Toddlers to come on with you. They're the type of ride where you're sitting on a bench (with or without a restraint) and you just sit back while your car or boat moves along a track.  These types of rides are more about what you see around you than wild movements. 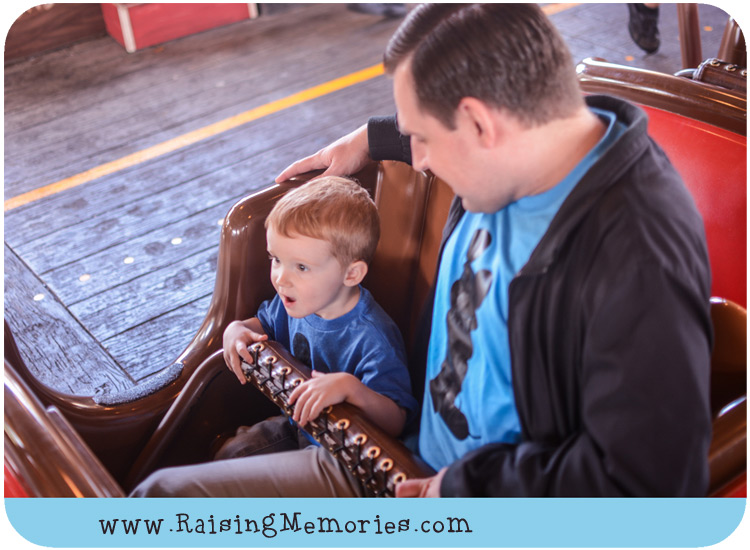 Here are a few examples of rides that are great for all ages in Magic Kingdom:

This isn't a full list, and you can actually get a great idea of what's available by going to the Disney World website.  Click on the "Things To Do" tab, then choose your Park & "Attractions" and you can sort by age, interest, height requirement, and thrill level!

There are bound to be rides that you want to experience that you can't take your toddler on. I think this is what stops a lot of people from going when one of their kids is still very small. When we went to Disney World, we had one munchkin in our group who couldn't go on the bigger rides and it was no problem at all- in fact, it was kind of a bonus!

With Disney's Rider Switch Service, your whole group can ride while you wait (or explore the park) with your toddler or baby. Because you didn't get to ride, you'll get a little ticket that allows you and up to 2 other people to get into the "Fast Pass" line for that same ride at any time later that day. This was so fun for our group because we could revisit some of our favourite rides later in the day when they were busy- and a few of us could go on without having to wait in the long line! 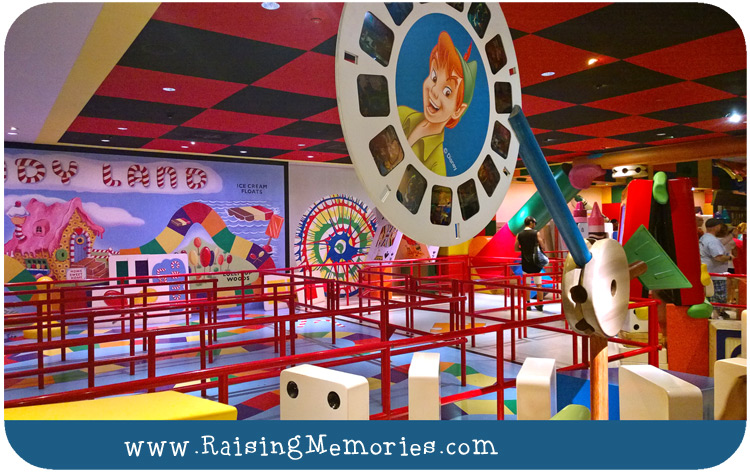 We chose to go to Disney World during the "off season", to try and avoid a busy park.  Of course, we're talking about the happiest place on earth, and it's always pretty busy!  I wasn't sure what to expect with time spent in line, but we were so impressed with the set-ups for lines!  The above photo shows you a bit of what the lines are like for the Toy Story ride- it is so much fun, with so much to look at! You'll also notice this is indoors, so you don't have to fry in the sun while you wait! 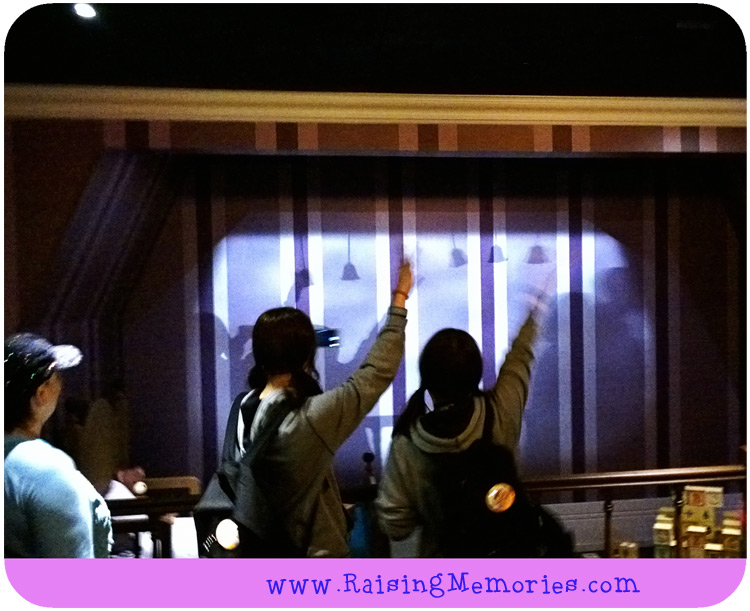 The Peter Pan ride wait area was really fun. We waited in line for quite a while, but the line was mostly indoors so we weren't hot. We started by weaving our way through hallways, reading descriptions under paintings, and even stopping to get sprinkled with pixie dust! Soon we found ourselves in the Darling children's bedroom (with lots to see, including Tinkerbell flying around the room, disturbing things and sprinkling pixie dust as she went).  The shadow area was very popular (shown above). It was like magic! You could put out your hand to touch one of hanging bells, and when your shadow touched the bell's shadow, it would move!  Then the shadows changed to butterflies and if you patiently waited with your hand out, one might land on your hand's shadow! 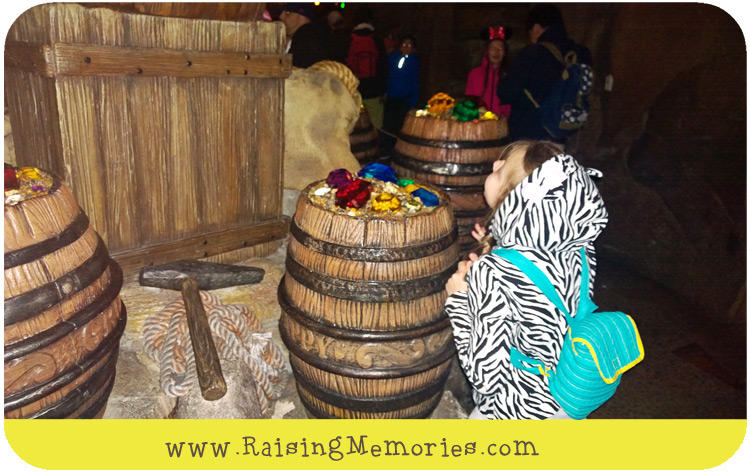 The Seven Dwarfs Mine Train line was also really cool, with a jewel matching game (some people got so mesmerized with it, that they would let people pass them in line so they could keep playing!), magic musical water that would respond to your touch, and barrels full of jewels that you could turn, creating a light show on the ceiling (shown in the photo above).

Our family is out of the stroller phase, and although that brings freedom, I also miss it! It was so handy to have a place to stow things without carrying them! If your kids are small enough to fit in a stroller, bring one!! (Or rent one at the park).  They will get tired from all of the walking, and they may even nap in it!  Disney World has stroller parking wherever you may need it. I suggest you do something to your stroller to make it easy to identify (there are a LOT of strollers in stroller parking!). Sometimes cast members need to move the strollers around in a parking area, so you can't always rely on remembering where you left it!

There are playgrounds throughout the parks that are great for young kids. There are small ones like The Laughing Place at the exit of the Splash Mountain ride in Magic Kingdom, as well as larger ones like The Boneyard in Animal Kingdom (this one has huge slides, little slides, steps, and a really fun dig site where your kids can uncover bones!). 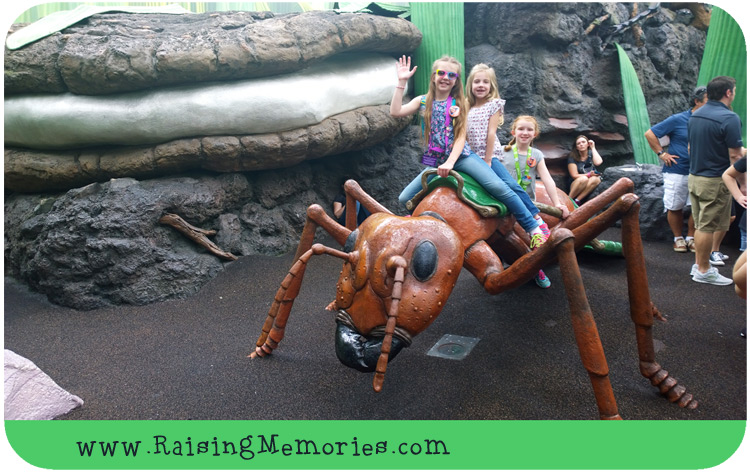 One of my favourites was the Honey I Shrunk the Kids Movie Set Adventure at Hollywood Studios (shown above). My kids had recently seen the movie for the first time, and it was so fun to go and find the giant cookie and "Antie"! :)  Another fun one at Magic Kindom is the Casey Jr. Splash 'N' Soak Station- especially great for hot days! 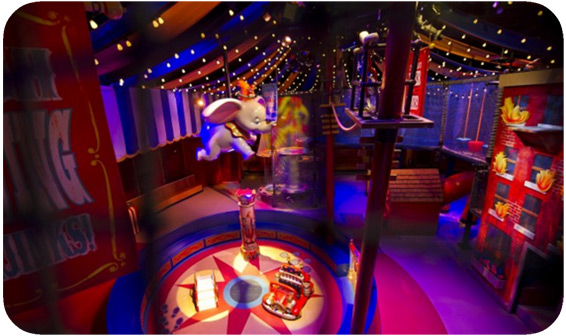 The most unexpected playground find for me was when Katrina and I got in line for the Dumbo the Flying Elephant ride.  This is a popular ride for young kids and the line is pretty long.  Thankfully, we waited indoors, and surprisingly, we didn't wait long before we were handed a little buzzer (like the kind they give you at a restaurant when you're waiting for your turn to be seated) and were sent into an amazing play area where children could explore and play while parents sat on benches to watch. When it was our turn to rejoin the line, we would be buzzed. This was SO COOL and I was very disappointed that I didn't have my phone with me to snap a photo! (The photo above was provided by Disney, and was taken before this play area even opened. You can kind of see that there are areas to climb, but it's hard to see that there are also slides and quite a few things to do!)  My advice while waiting in this play area is to keep a close eye on your kids- there are a lot of kids running free in here! 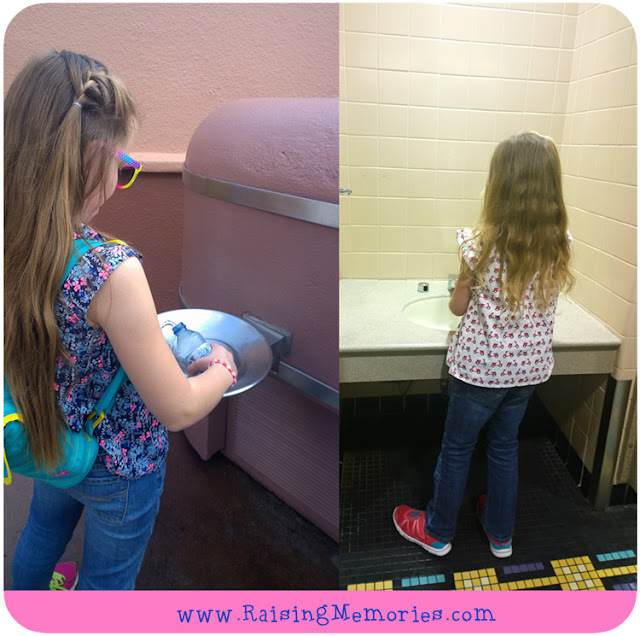 I love that they have thought of things like lower fountains and sinks in bathrooms.  You can tell that a lot of thought and creativity goes into the design of everything at Disney World! One of my favourite things (though not specifically for Toddlers) was that there were fans set up to blow cool air on you while you waited in line outside in a lot of places- genius!

Rides are certainly not the only things to do at Disney World!  In fact, you will be looking forward to stopping for shows because you'll be so excited to get off of your feet!  We went to quite a few and were impressed over and over by the quality of them!  Here are a few of our favourite sit-down shows:


Some other fun activities or shows that don't necessarily involve sitting down, but will be great fun for all ages: 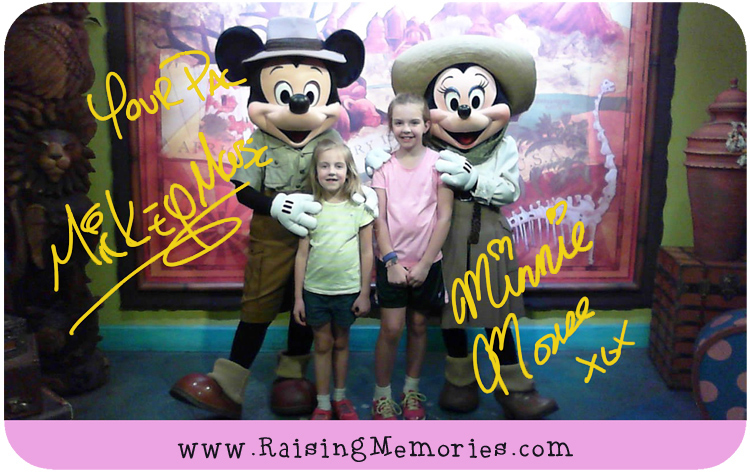 Of course one of the most exciting things about Disney World is the opportunity to meet the Disney characters your children know and love from their favourite movies and shows!  We were impressed with how awesome the characters were! The princesses took the time to chat with my girls and talk about their long hair, or ask their cousins if they happened to know Merida or Ariel (because of the colour of their hair). Our little nephew (shown in the photo at the top of this blog post) got special treatment when he met Woody and Jessie (they really took their time with him and made it special)- and he was star struck. It was adorable!

If you want to see how we got our character photos signed like the one above, visit the post I wrote about How You Can Get Signed Character Meet & Greet Photos! 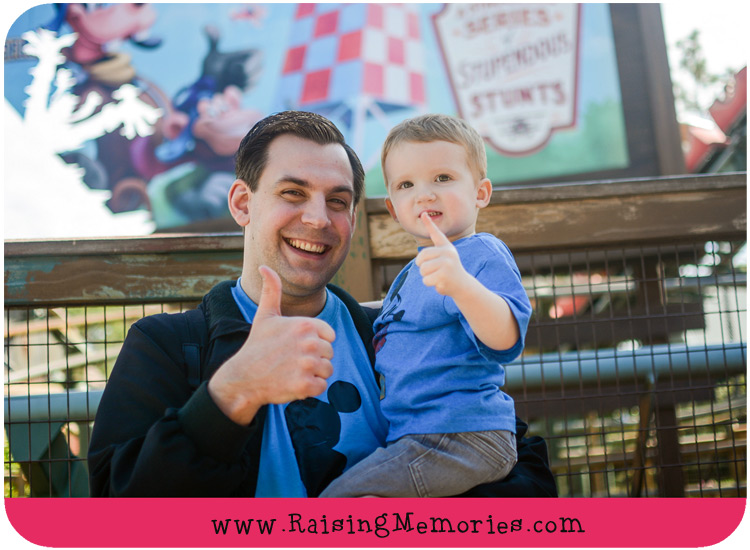 So, if you're in the same boat as a lot of the parents I've talked with about Disney World, and you're feeling like you better wait 'til your youngest is at a more "ideal" age for Disney World, you may want to think again! I've never been to a place that's been so aware of families with young children and their needs than Disney World!