Canine All Stars are Making a Splash at Canada's Wonderland!

Canine All Stars are Making a Splash at Canada's Wonderland!

It has been 4 years since the summer we had Season Passes to Canada's Wonderland and sadly, we hadn't been back to the park since! It was lovely to go back again last weekend! Wonderland holds a lot of special memories for Ken and I because it was one of the first places we went on a group date when we were 16 years old! It is so fun to return with our girls who are old enough to ride some of the big rides, but still young enough to enjoy the children's area. We got a taste of everything from thrill rides to kiddie rides to delicious treats and live entertainment (including a fabulous dog show that's new this year)! 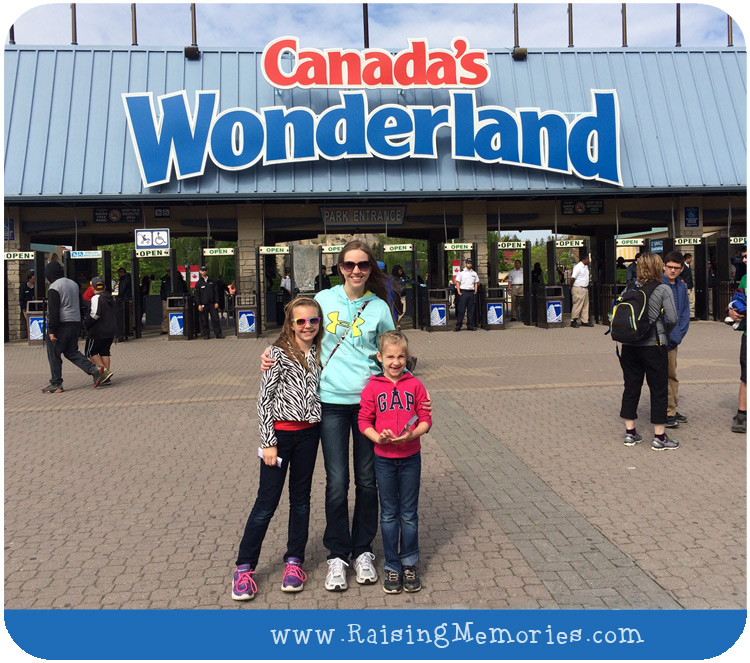 We arrived early and planned to split up (Ken & Katrina were off to Thunder Run- a ride that goes through Wonder Mountain and Talia & I planned to start our day on Leviathan). Letting my 10 year old get on the Leviathan (one of the world's biggest and tallest roller coasters) with me was about as nerve wracking as riding it for my first time was! The photo below on the left is of us as we waited in line and the one on the right was our "after-selfie". That ride is seriously awesome. Talia told me that she wanted to be sure that it was her last ride of the day. :)

We alternated throughout the day- doing things as a group of four and then separating, one parent with each daughter. It worked really well as Talia could go on pretty much everything this year and Katrina still had height restrictions.  Below is a photo of Katrina and I as we headed for "Planet Snoopy" (a kids' section of the park) and Swan Lake. I have to admit, I was very ready to sit back and relax on the swan ride after the thrill rides we went on before it! This brave little 7 year old just finished riding The Bat (a backwards & upside-down roller coaster) with us!

We ended our morning with the WoofJocks Canine All Stars show!  This was a totally new experience for us as this is a new event at Canada's Wonderland for 2016! 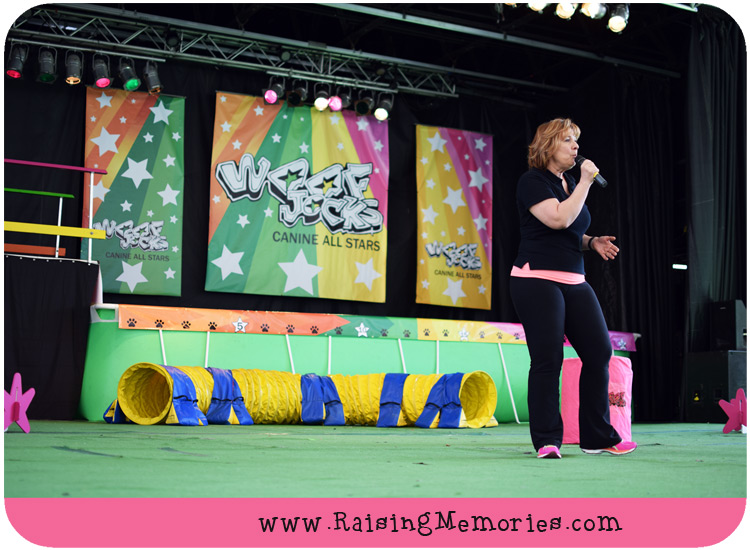 At the start of the show, we were introduced to the WoofJocks positive reinforcement approach to training their dogs. We don't have any pets, but I think this is a great lesson particularly for kids who have dogs at home!  Throughout the show, they even gave out a couple of tips and techniques for teaching your own dog some tricks! 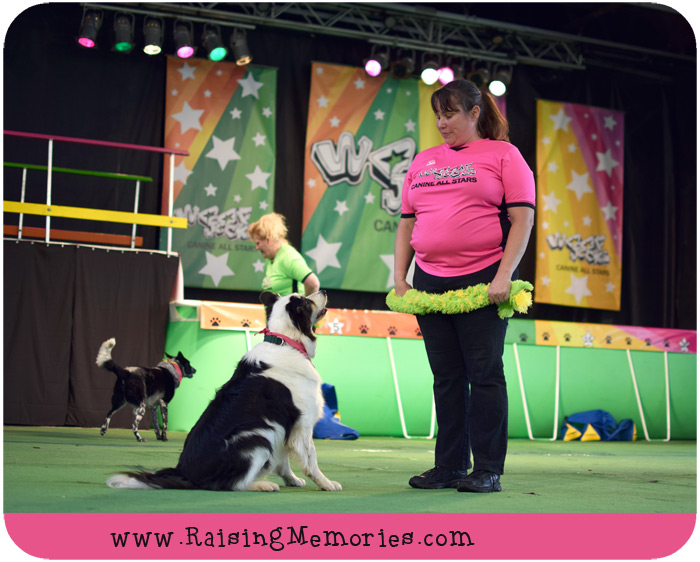 Next we learned about each of the Canine All Stars as they were introduced. Some of them went "off course" when demonstrating their skills like this cute tiny dog (in the photo below, on the left) who hopped up on top of the tunnel he was supposed to run through. :)  He found his own way around that obstacle course!

We were also entertained by some amazing tricks like the dog on the right who had some awesome disc-catching skills! We couldn't believe how high he could jump! 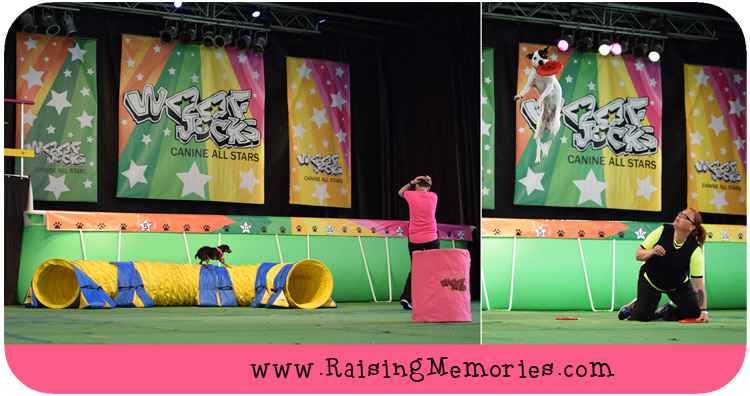 Perhaps my favourite part of the show was the high jump!  Starting with the smaller dogs on the lower settings, we watched as the bars were raised higher and higher! I think this Dalmation may have been my favourite star from the whole show! 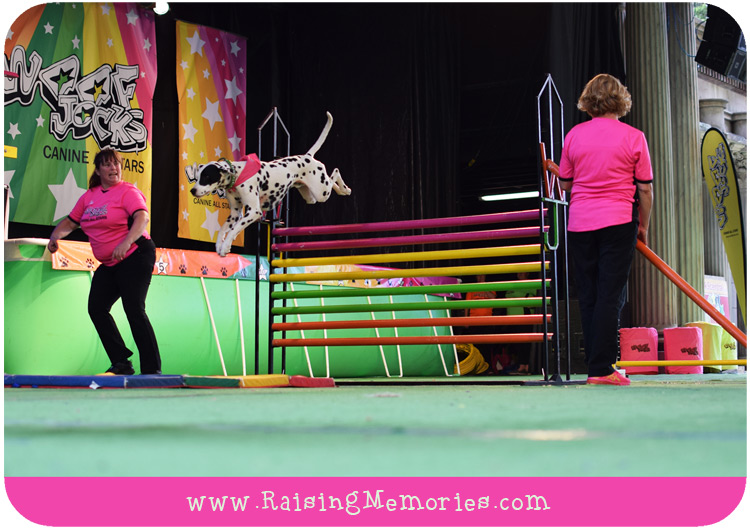 Those All-Stars must have been getting tired and I bet the last "act" of the show was a welcome one for them! You could call it the long-jump or perhaps the splash-jump! The dogs took turns running to jump and land in a big pool of water!  This is the only canine dock-jumping exhibition of its kind in Canada!

After the show, some of the trainers and their dogs came to the front of the stage so the audience could come meet and pet them. This was very popular with my girls. We may not be pet-owners (due to allergies) but we have two definite animal lovers for daughters! :) 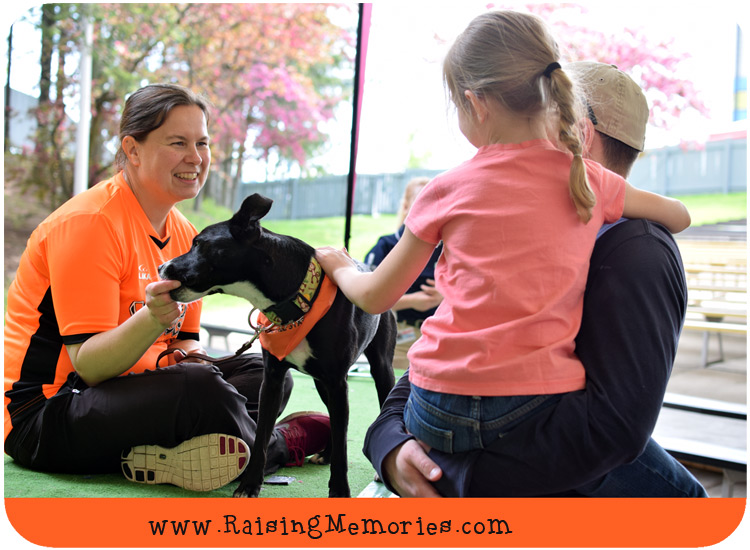 The WoofJocks will be performing at the International Showplace on weekends throughout May and June, with several shows each day. If you're like us, you might want to go back for a second show on the same day! We left the first show to grab lunch and headed back for the second show which featured several different dogs and acts!

Speaking of food, we had a lot of delicious treats while we were there! BeaverTails for brunch, a Family Combo from Pizza Pizza for lunch, Dairy Queen Blizzards & dipped cones to cool off in the hot afternoon, and we finished the day off with a traditional Funnel Cake. Our bellies were full and our taste buds were happy! :) 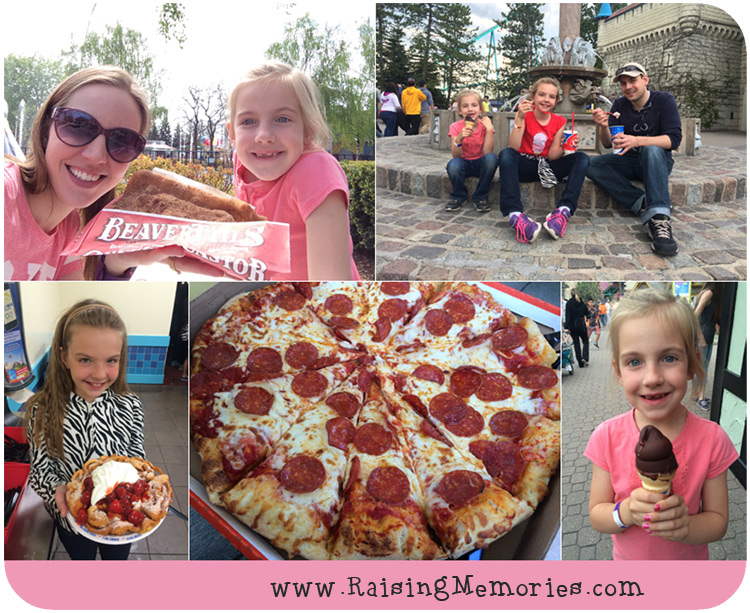 Here are a couple of fun photos of the girls meeting Snoopy and sitting in a large chair outside of the Maple Park Treehouse playground in Kidzville. 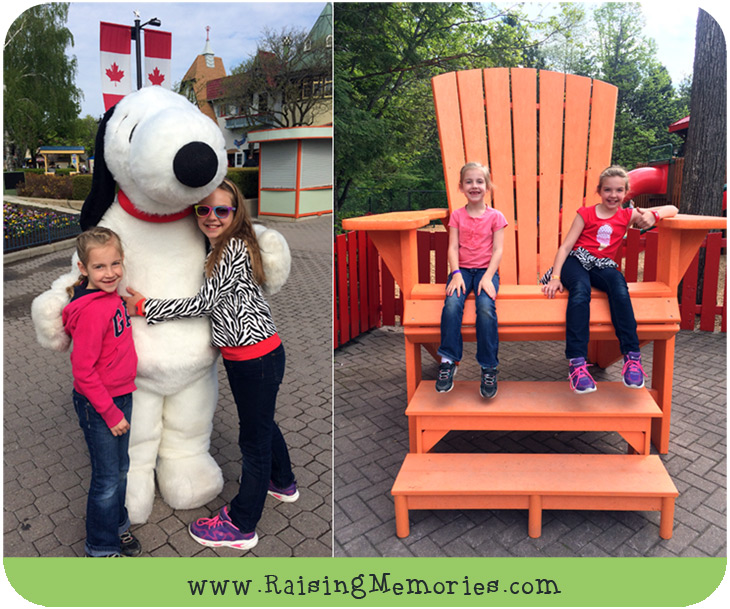 Here the girls are having a great time on Blast Off! which Talia called a mini Drop Tower. I love that Talia was just as happy on this ride with her little sister as she was thrilled on the Drop Tower (a 230 foot drop!) for the first time with her Daddy. 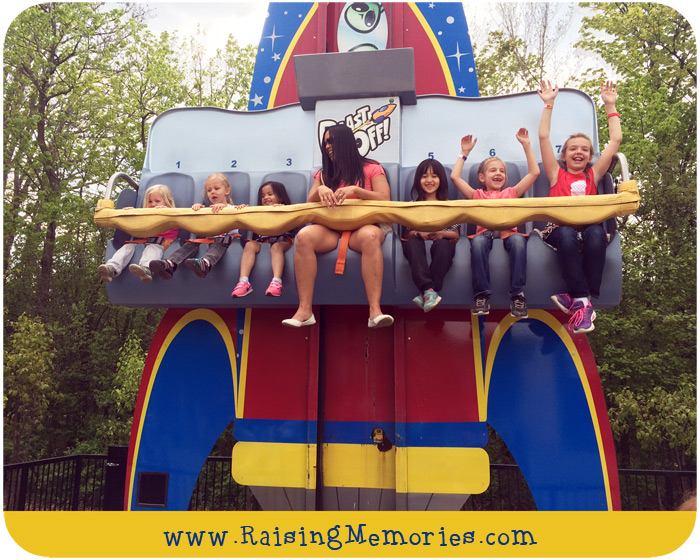 While Talia and Ken were off seeking more thrills, Katrina and I enjoyed Charlie Brown's Happy Campers show at the Playhouse Theatre. She was totally into it! 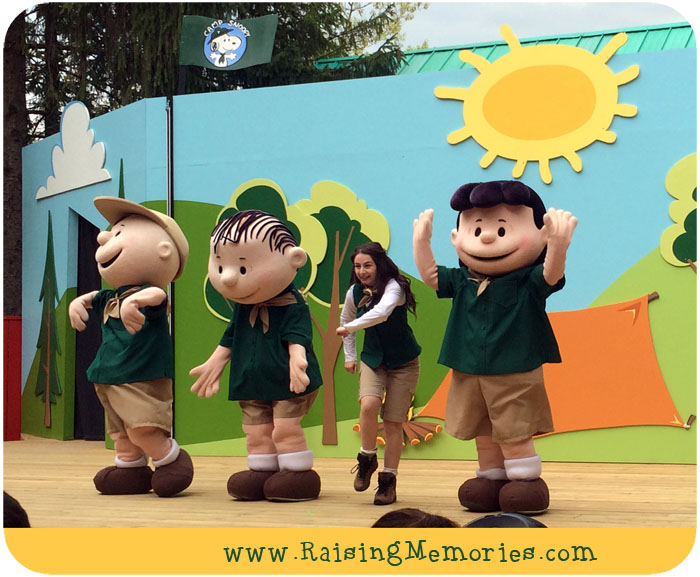 You can get Spring Season Passes for as low as $69.99 (plus applicable taxes & fees)  right now!
The price for a Season Pass will go up at midnight on May 26th, so now is the time to buy them! 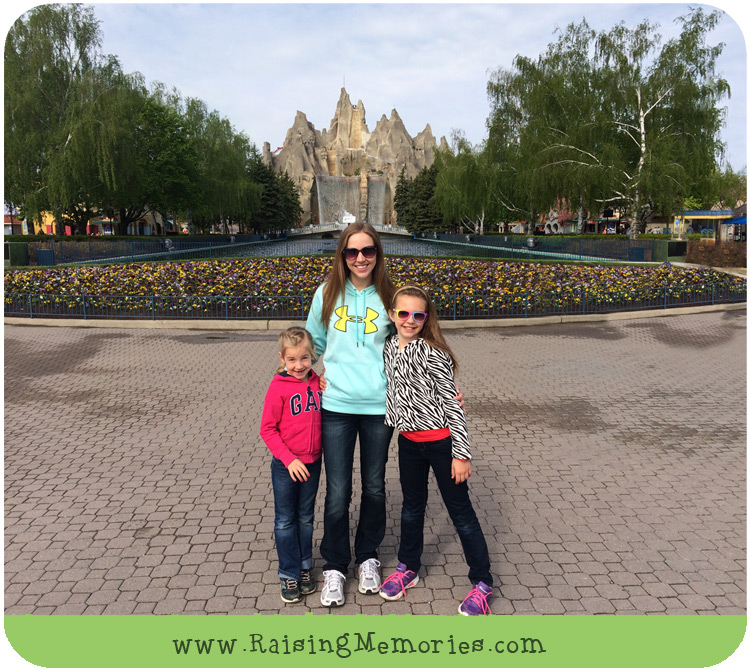 After a full 12 hour day at the park, we left feeling rather pleased with our visit. This was such a fun way to spend the day as a family!

Disclosure: This post is sponsored by Cedar Fair Entertainment Company in conjunction with Blog Meets Brand, and I have been compensated for my participation. All opinions are my own.