Our whole family loves homemade smoothies. The kids know that I sometimes add spinach or oats or seeds to the smoothies and they don't mind because they know it won't change the great taste! Something that had bothered me for a while though was that I just couldn't seem to get the spinach blended enough that it wouldn't change the texture of the smoothie.  I would also have chunks of fruit in my smoothies that wouldn't blend and had a very difficult time trying to blend ice. On top of all that, the process of taking apart and cleaning the blender after each use sometimes dissuaded me from using it!

Near the end of last year I started to research blenders. I have a sister-in-law who owns a Blendtec and loves it, so I wanted to look into them as well as a few others. I am careful about how much money I spend - I don't mind spending money on something I need or on a superior product that will last, but I don't want to spend more for a brand name if another product might do the same job! 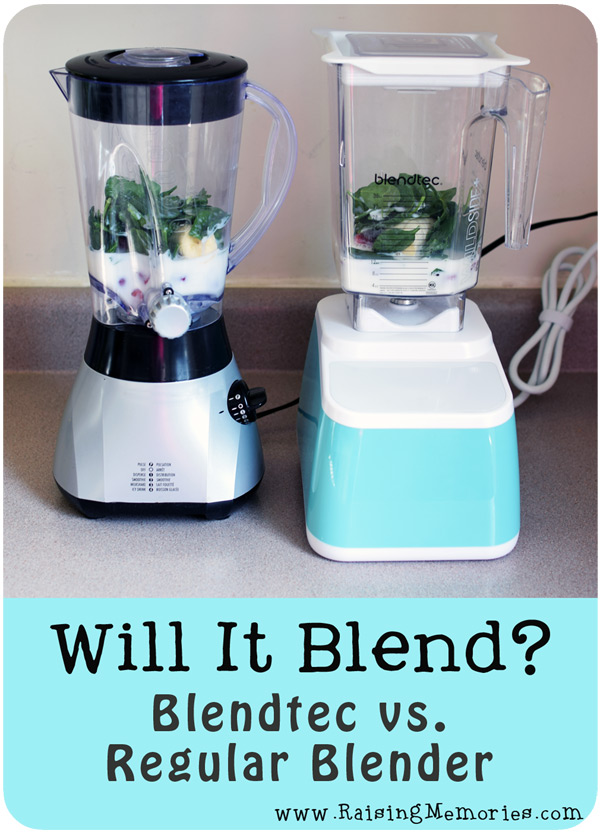 After all of my research, I just kept coming back to the Blendtec. All of the reviews I had read and watched showed that its performance couldn't be surpassed! Before I heard of Blendtec, I didn't even know that you could have smoothies blended (at home) better than I had been experiencing! I also love that the blades aren't sharp so I don't have to worry that my kids (or I) could get cut by them. That being said, the Blendtec is so simple to clean that my hand hardly ever comes near the blades (keep reading to see why)!

By the time I finished all of my blender research, you can imagine how excited I was to actually put one of Blendtec's blenders to the test against my old blender! The blender used in the comparisons below is the Blendtec Designer 625 blender in Sea Foam (compared with a typical $40-50 blender).


I added the same ingredients (measured in the same amounts) to each blender.  They included frozen berries, a banana, spinach, and milk.

It was interesting to see that although the jars were comparable in size, and the ingredient amounts were the same, the Blendtec was definitely doing something differently because the liquid reached the lid while blending whereas my old blender's liquid only reached about halfway up the jar. Even the colour of the liquid was different (I assume because the Blendtec was quickly breaking apart that spinach, so the colour spread throughout the liquid more). 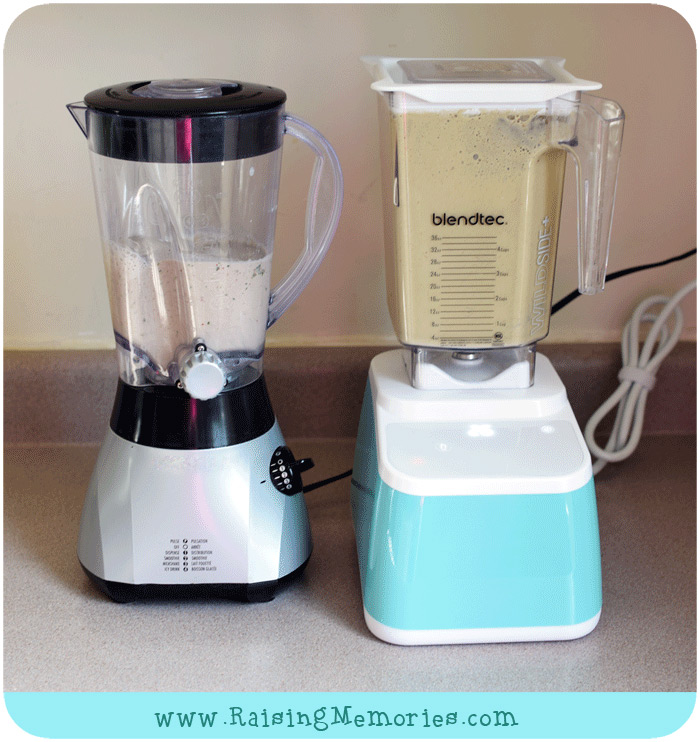 Unfortunately I can't give you a taste of the smoothie, but I can tell you that I had my husband taste them, not knowing which was which, and he could easily tell the difference between the old blender's "chewable" smoothie and the Blendtec's well-blended smoothie!


It was so frustrating to try and crush ice in our old blender! All I want is to be able to get small pieces- I don't care if it's perfectly crushed like you'd find at a restaurant! I wanted to see if the Blendtec was as good at crushing ice as I had heard. I used the ice cream setting since the Designer 625 doesn't have a pre-programmed ice setting, and I used the ice setting on my old blender.

The ice cream setting is longer than 30 seconds, but by the time it hit 30 seconds of blending, I could stop the blender (and the results of that are shown below). My old blender only took a few seconds of blending before the blade was just spinning around, not touching the ice. I don't think it would have mattered how many times I stopped and pushed the ice down- I'm quite certain I could not achieve anywhere near the same result as the Blendtec did in 30 seconds! (If you can't guess, that's the old blender on the left and the Blendtec on the right).  The old blender had huge chunks of ice still and the Blendtec's ice had basically turned into snow! Granted, you might be able to get the ice to blend a bit better in the old blender if it had liquid with it, but I know from experience that it takes so long to get it anywhere near what I want, that I have to give up!


I was recently talking to my brother-in-law about blenders (he makes protein shakes at least once per day) and the frustrations of taking a blender apart every time it's used, in order to properly clean it.

This is one thing that I LOVE about the Blendtec blender! I don't have to unscrew anything from the bottom of the jar! There is no removable rubber washer, and no fuss!  My old blender had all of the parts of a typical blender (labelled in the photo below) plus an extra screw-on lid because it had the option of a dispenser for drinks.  This added another extra step of cleaning out the dispensing spout (even if I didn't want to use that feature).

When I'm ready to clean my Blendtec blender, I just pour a cup of warm water into the jar with a drop of dish soap and hold the pulse button for 5-10 seconds! Then I rinse it out and leave it to dry!

Now there's nothing holding me back from using my blender!

Comparisons Aside - A Favourite Recipe!


I'm sharing one of our favourite blender recipes over on the Blendtec Blog today! You can head over there to get the recipe for these mouth watering Berry Banana Smoothie Popsicles! 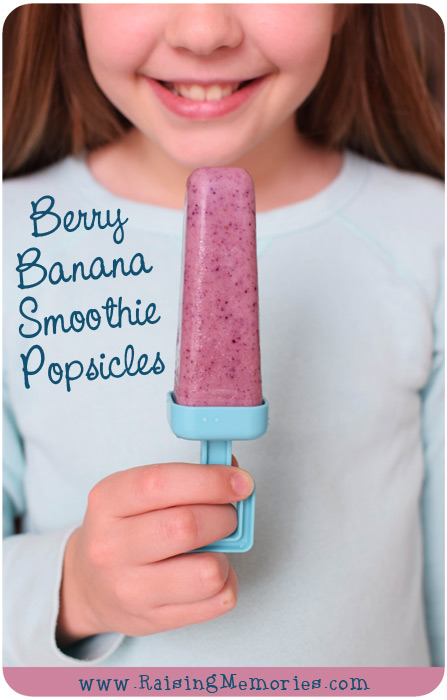 I promise you this won't be the last you'll see of this blender on the blog. ;)

Disclosure: I received product to facilitate this review. All opinions and experiences shared are, as always, my own.