While we were on our Florida vacation, we had a couple of "down time" days in our rental home. We had been walking Disney for days, so lounging around and resting our feet was an important part of our time there! Ken had his tablet with him and we had already found one really fun way to use the stylus at Disney World, so we were excited to try Ken's next creative idea: his version of digital Pictionary! 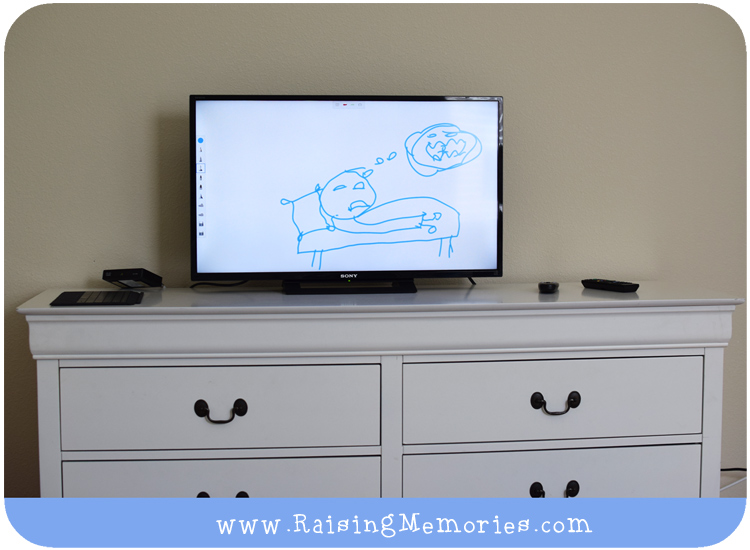 We figured out how to get the sketches up onto the T.V. and it was so fun to watch them appear! Here's how we did it: 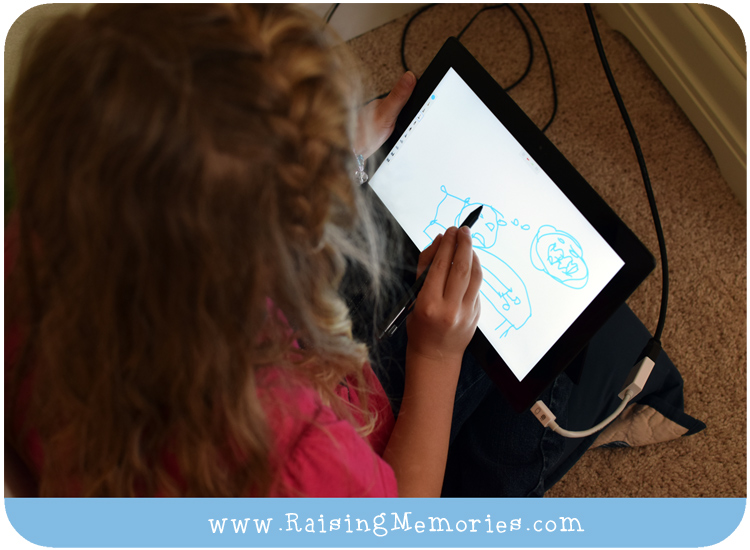 We hooked the tablet up to the T.V. with an HDMI Adapter and HDMI cable. Then, using Autodesk's Sketchbook App, we could draw on the tablet with the stylus and have the drawing show up on both the T.V. and the tablet! 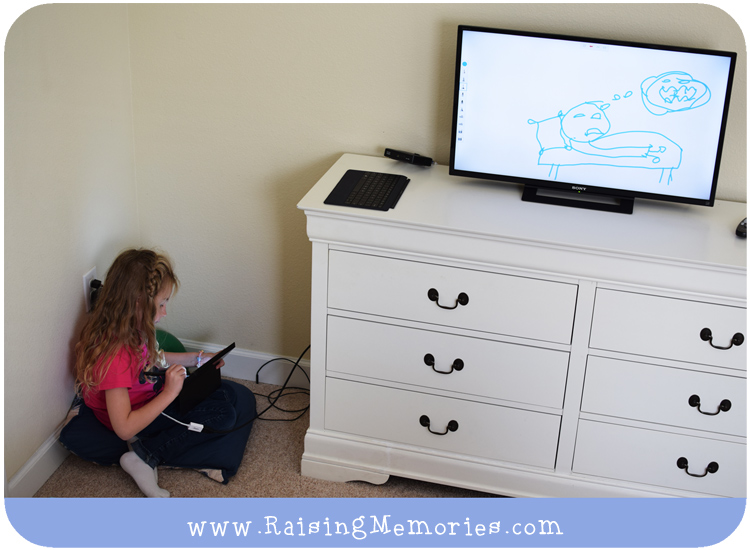 Here Katrina is having her turn to draw. We found an app called "Game Words" that generates words. This worked perfectly for ideas of things to draw. :) 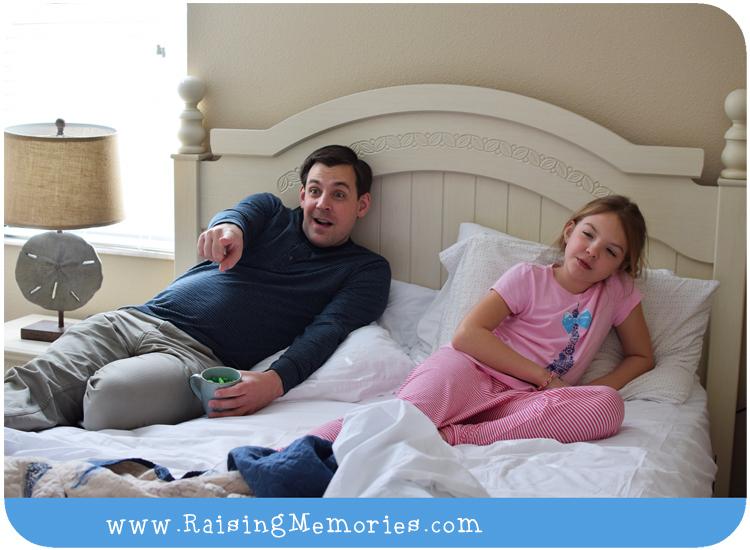 The rest of us hung out on the bed, watching her drawing appear in real-time on the T.V. and guessing what she was drawing.

The one you can see in these photos was "Nightmare".

We've used this game many times since then- I actually wrote this post about a year ago and didn't realize I had never published it! We've used it for birthday parties and I've used it to help teach Primary (children's Sunday School) at church. We love this game! :)