Flooding at the Cottage!

Flooding at the Cottage!

While we were living at a cottage, looking for a place to live, we had a lot of adventures, not the least of which was some pretty intense flooding and I cannot move on from sharing about that time without sharing that with you!

I've already written about some of the most beautiful moments from living at the cottage with you, how it affected me- how our family really needed that time of peace and healing, and how spending a lot of time in nature inspired creativity in our kids. Now let's get onto the crazy, adventurous part of that time!


After living at the cottage for a couple of weeks. we started to have a lot of rain. As the rain continued, the lake level rose and soon we had waves crashing up over the dock and puddles in the front yard that turned into a little lake of their own that spread until it slowly covered one step and then another of the front porch and we wondered if we would need to move to a hotel because the water threatened to reach the door!

Here are a few photos from that time:


The fire pit where we had recently enjoyed roasted hot dogs and marshmallows was now surrounded by water. The little fairy village my girls had created (photos here) washed away completely. 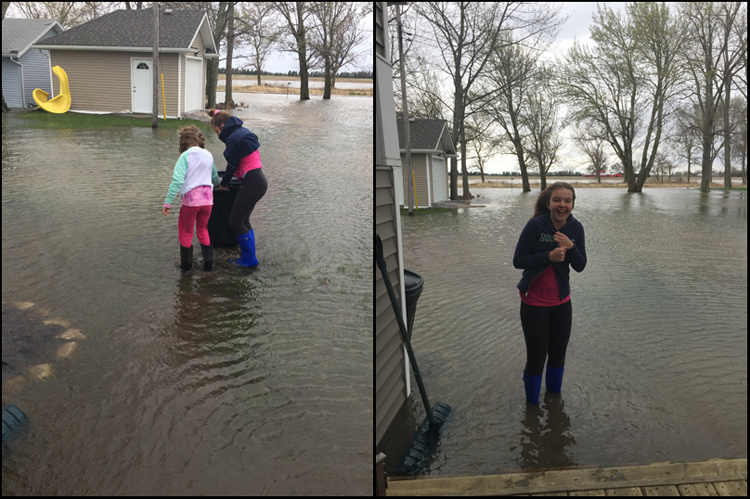 We watched from the cottage as the weather picked up later in the day and the waves became larger, splashing over the seawall.  The girls ran outside to try to save a couple of their creations and hurried back for cover! 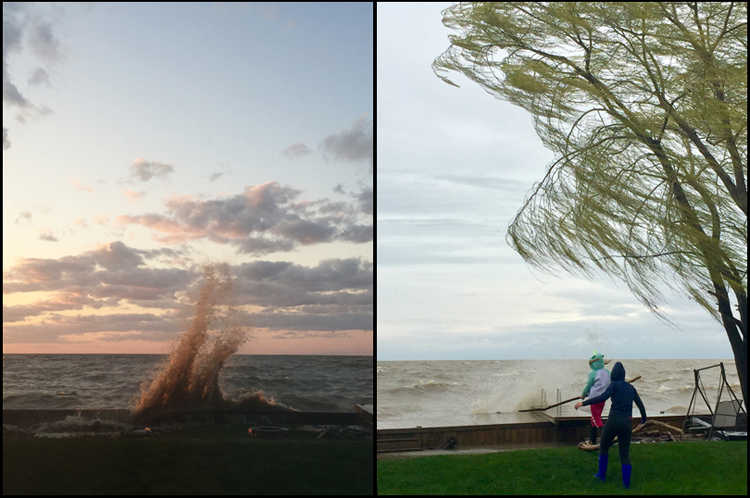 One day I had to meet Ken at the road after work with a pair of boots so that he could get himself to the cottage without soaking his feet! You can see from the photos just how high the water level had become! Eventually the water level would make it all the way to the top step of that porch he's standing in front of! 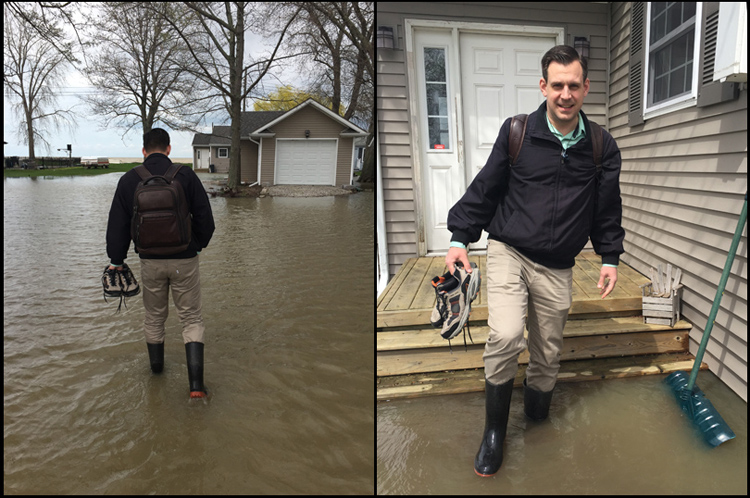 That evening, we had made plans to have my brother & sister-in-law visit us at the cottage overnight before they caught a flight in Detroit early the next morning. By the time they arrived, we weren't able to park in the cottage driveway anymore, so we found some parking down the street a little, and parked our cars there.  Early the next morning, I walked them out to their car and couldn't believe how much the water had traveled! 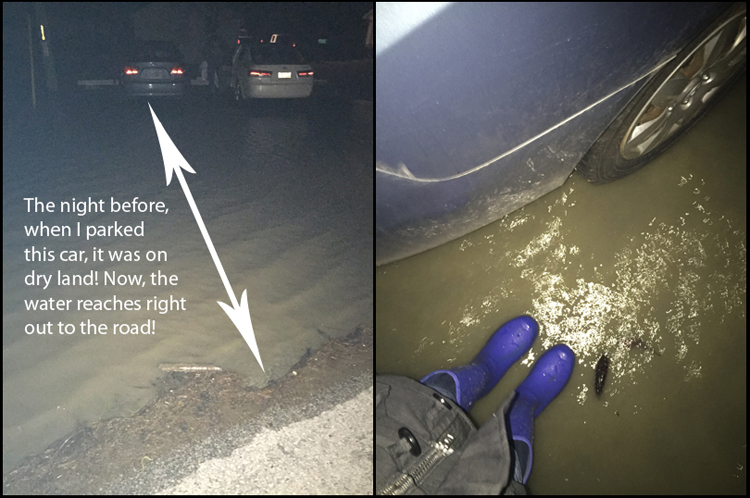 That was a Saturday and we decided to spend the day in town. We got a couple of photos of us on the front lawn as we made our way out to our car: 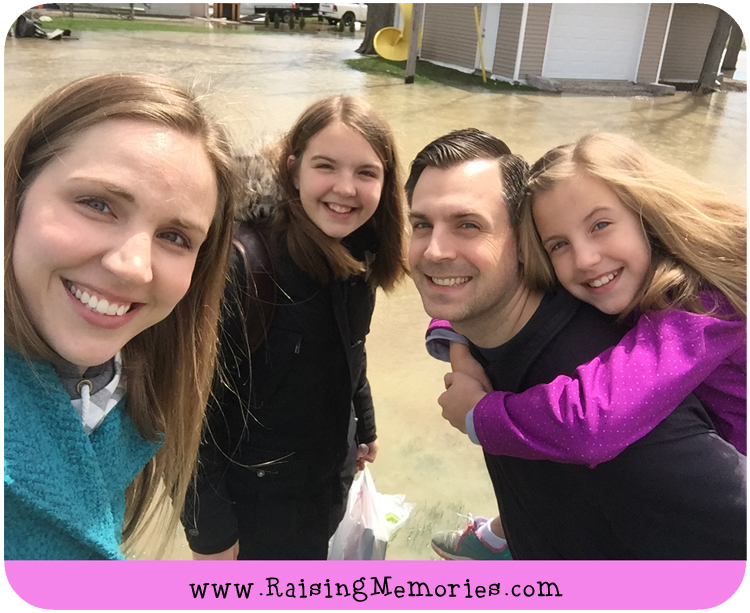 I wanted to remember this crazy cottage flooding adventure!  This last shot was taken by me, standing on the dry part of the road. You can see that the whole front yard had become a little lake, and the bit of dry green grass visible at the back of the cottage. Just beyond that strip of green is where the lake is. 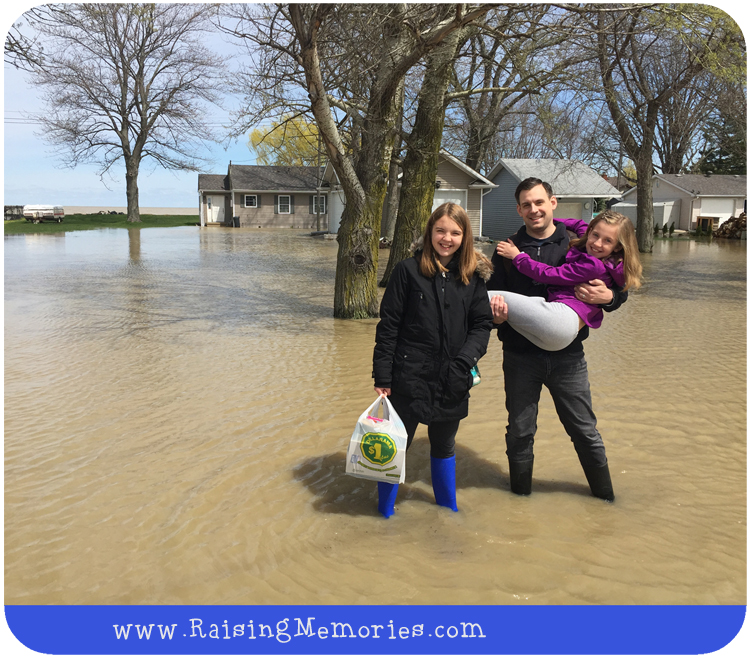 We're glad the water didn't ever make it inside of the cottage! Some of our neighbours actually lost their docks in the storm- they just floated away!