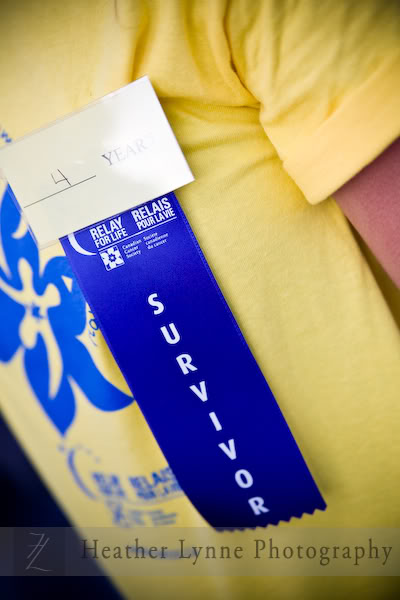 In January of 2005, my little sister Amber (then 18 years old) was diagnosed with Cancer. 6 months later, she completed Chemotherapy. A few months after that it was confirmed that she wasn't going to have further treatment. It was quite a ride for her, and for those closest to her. I'm so grateful that she was able to get through this experience and come out on top! 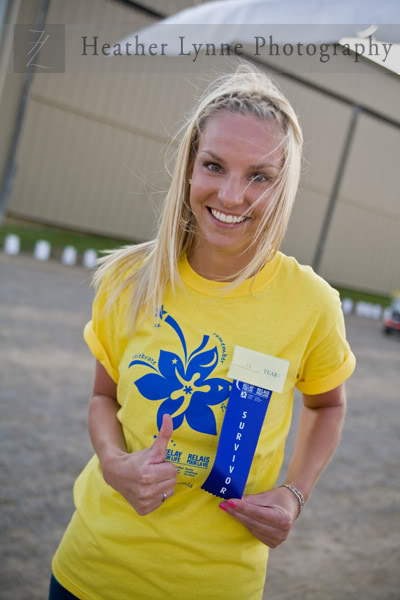 Last night, I was able to attend the Canadian Cancer Society's Relay For Life in Brant that took place at the track at the Burford Fairgrounds.

It was pretty cool to find out when we got there that Amber had been asked to carry the flag for the Survivor's Victory Lap! 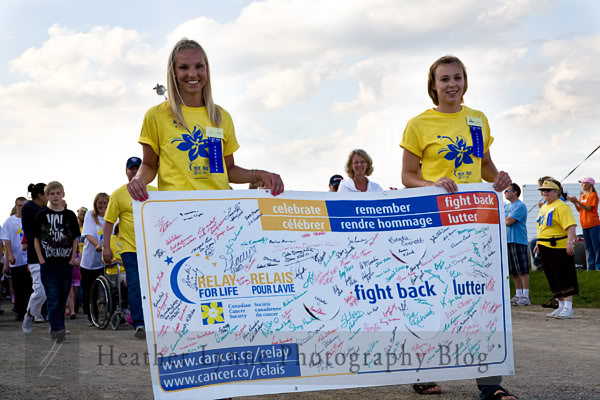 There were teams that ran or walked the relay overnight together (the relay is 12 hours long- from 7pm, to 7am).

This is Amber with her team, "A Step In the Right Direction": 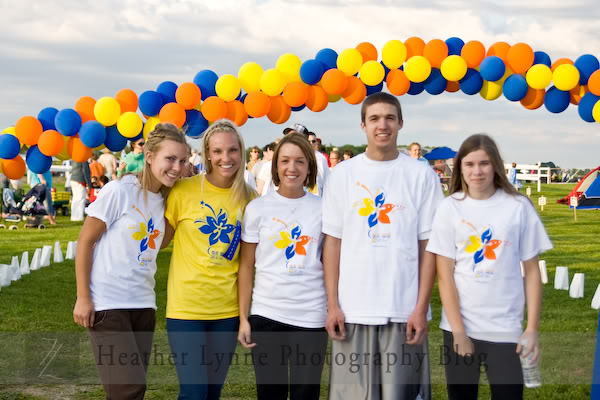 I didn't catch all of the team's names, but there were certain teams you couldn't miss- like "Alice's Aliens" and "Candace's Angels" :)
(I have to add that I just found an article about Alice Wood who, at 96 years old, is the disease's oldest survivor!) 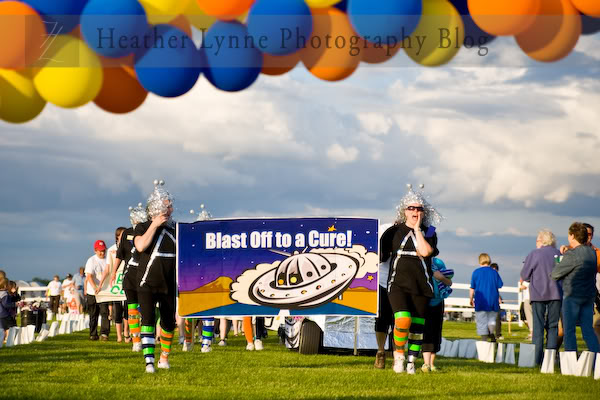 Here are just a few of the teams: 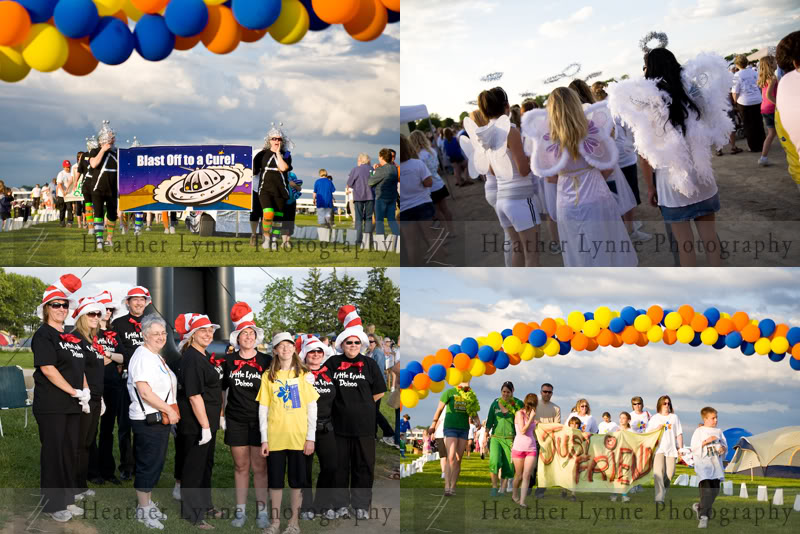 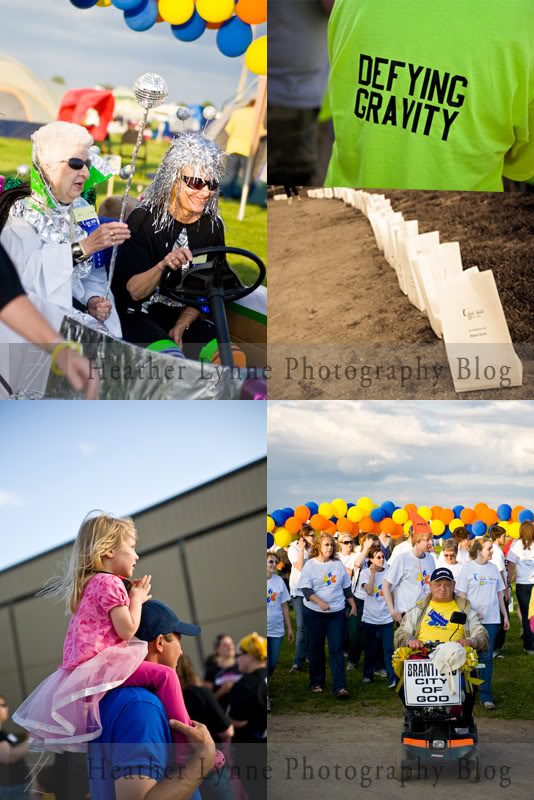 The place was packed with "survivors" in yellow tshirts with blue ribbons that showed how long they'd been surviving and the track was lined with luminaries representing those who had fought the fight against cancer. 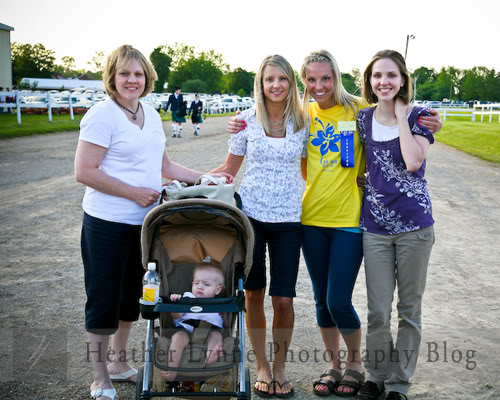 My heart goes out to those who have faced or are facing the fight against Cancer and I am so appreciative of those who supported the Relay for Life this year!
Related Categories: events, personal, photography