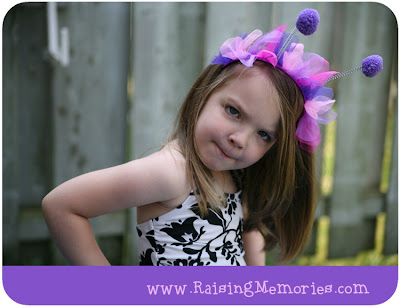 We went to see the Hill Cumorah Pageant on Saturday.

Those of you who are LDS will get this right away, but for those of you who aren't, here's a quick summary of a part that I'll refer to: Moroni buries the plates that contain his people's record. Then he dies. Many years later Moroni appears to Joseph Smith as an Angel and tells him where to find the plates so that they can be translated and eventually published as the Book of Mormon.

In the pageant, this story is depicted (among others from the Book of Mormon) and near the end, there is a quick summary, listing some of the Prophets whose stories are contained in the Book of Mormon. When they list each prophet, the actor portraying him is lit up on stage. When Moroni came, Talia sucked in her breath in amazement & said, "Moroni is a human again!!"

Be sure to check out yesterday's Sharing Time post for some great ideas that are being shared! While you're there, I'd love it if you'd link up to a fun idea that you've tried!
Related Categories: monday moments, raising memories