How to Get Better Photos with your Pop-Up Flash (& a Giveaway!)

How to Get Better Photos with your Pop-Up Flash (& a Giveaway!)

I mentioned in an earlier post that I used an external flash for our Christmas morning photos.  If you haven't researched photography very much, you might wonder why I would feel the need to use an external flash if my camera comes with a pop-up flash.  I'll talk about that in this post. (I have also written a post all about using your flash & when it is good to use it & when it is better not to here.) 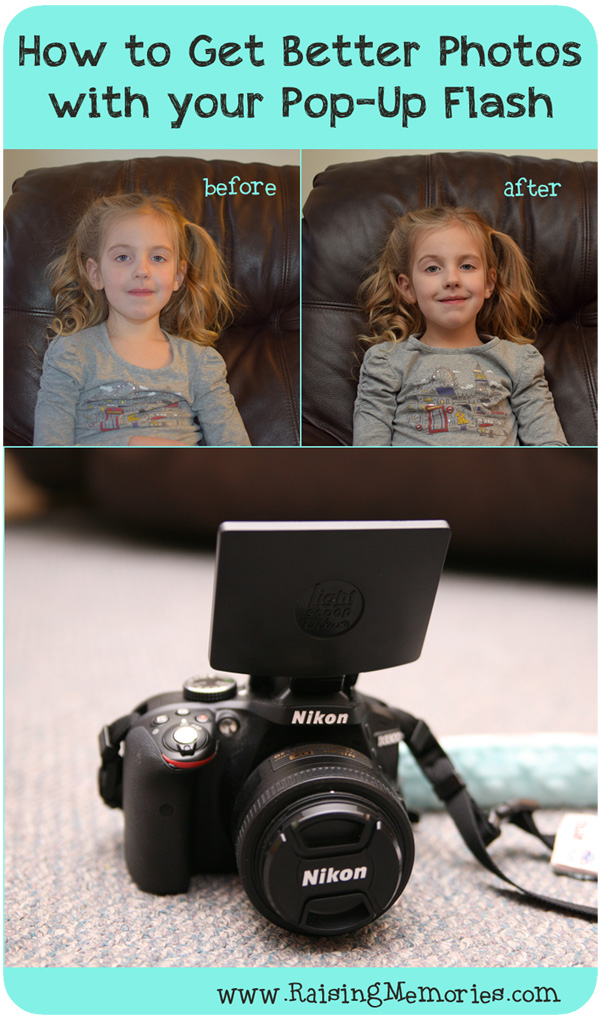 There are several ways to do just fine with what your DSLR comes with (in my case, very high ISO capabilities and a pop-up flash).  If you set your ISO high (the D3300 can go up to an impressive 12,800), you can get rid of the blur that can come with low light, but you're likely to end up with a more noisy/grainy photo (which you may or may not like).  Your other option is to use your pop-up flash which solves the noise problem, but is not ideal lighting (you can end up with red eye and harsh shadows when using a pop-up flash).

An external flash is great because you can position or aim your flash wherever you like.  This allows you to bounce the light from your flash off of a ceiling or wall.  Bouncing gives you light that is less direct (which prevents red eye and harsh shadows and just looks more natural).  An external flash is not a small investment and I know not everyone feels the need to go out and purchase one (even if they're not completely happy with their low-light photos). 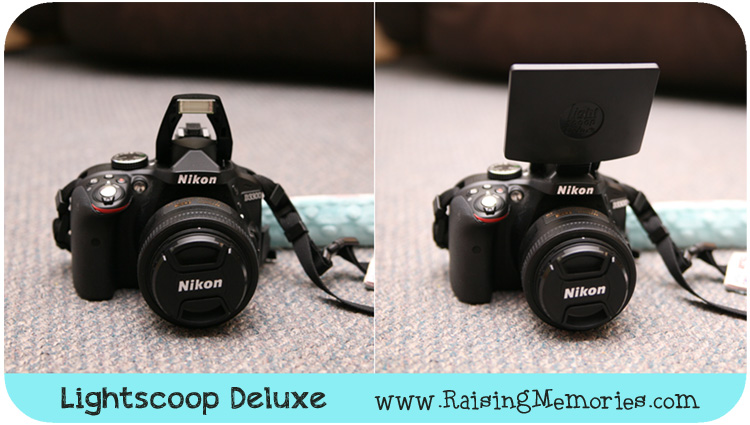 You'll notice that we've got red eye going on in the first photo, but not in the second.  The second photo is also more crisp and clear looking.  The colour is more correct in the Lightscoop photo as well.  (I did not use Photoshop on any of the photos in this post) 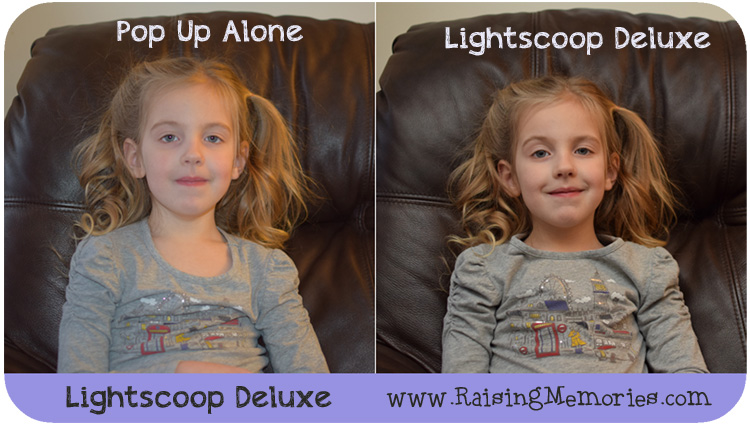 The Lightscoop Deluxe can also be used to bounce light off of a wall.  You can do this by swivelling or tilting the Lightscoop to the left or right (as shown in the photos below).  This is also useful for when you want to take a vertical photo! 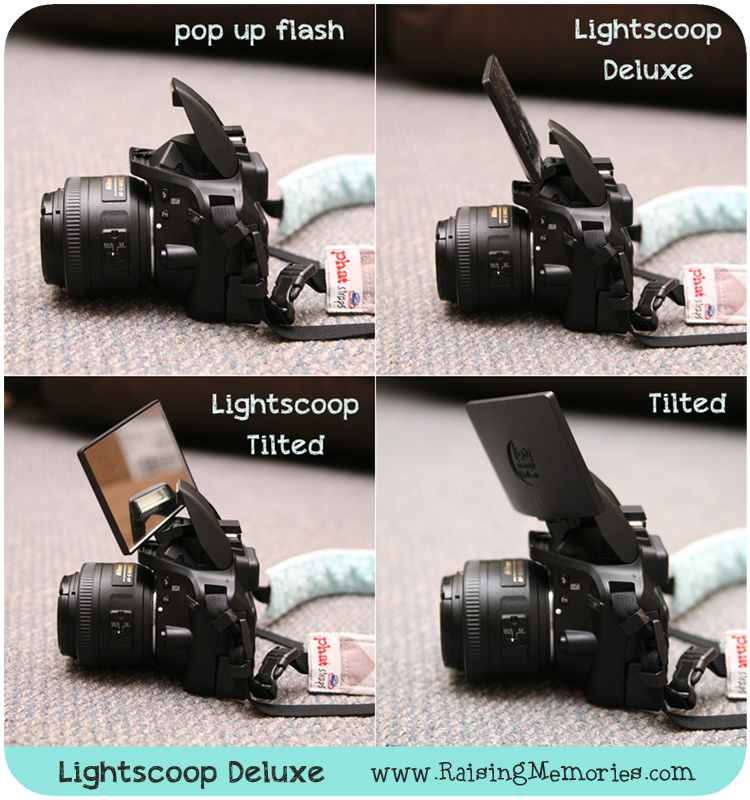 The photos below were taken with my camera turned on its side, so that I could get a vertical photo (the Lightscoop was positioned so that the light was directed up to the ceiling). Again, you can see that she has red eye on the left and the lighting is yellowy.  The photo on the right is definitely an improvement! 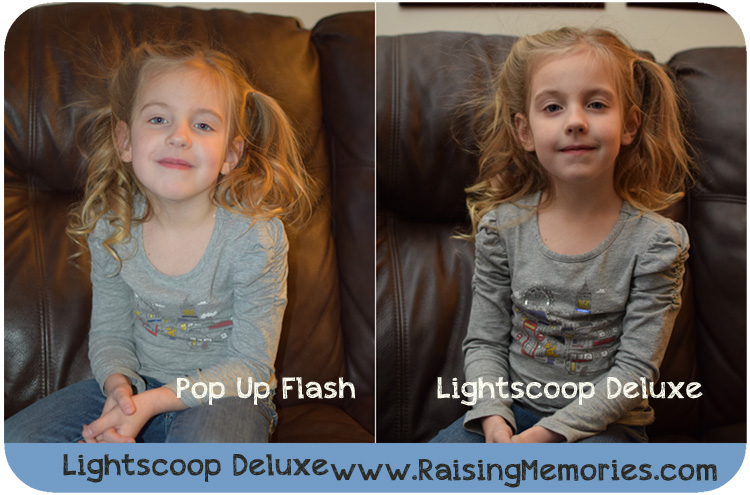 Overall I'm quite happy with this little product and think it's a great accessory!  I only wish there were an easier way to store & transport it.  My external flash comes with a little case that protects it when I want to toss it in my camera bag.  With the Lightscoop, I want to protect the mirror but don't have a particularly safe way of carrying it. I'm still thinking about the best way to tote it around with me ;)

If you're interested in purchasing one for yourself, you can get a 15% discount on your purchase from their website by using the code RAISING15 (The code is good until February 20th)

You can enter to win a Lightscoop Deluxe for yourself by filling out the form below! (Giveaway is open Worldwide)


Disclosure: I received a Lightscoop Deluxe to facilitate this review. All opinions shared are my own and honest. This post contains affiliate links.