When It's Hard to See Past What You Can't Do

When It's Hard to See Past What You Can't Do

Yesterday morning on our way to the school bus stop, the girls and I passed a neighbour on the side walk. We said good morning to him and walked past him. I noticed that he was perhaps struggling with a garbage bag that he was carrying on his lap as he controlled the wheels of his wheelchair with his hands. I wasn't sure if he was having trouble or just moving slowly and I didn't want to offer help if he was fine. I waved goodbye to the girls as the bus drove away and then turned to head home.  This neighbour had not moved very far from where we passed him and was slowly wheeling his way up a hill. As I approached him, I smiled and asked if he would like some help with the bag he was carrying. He quickly accepted my help and thanked me as he put the breaks on his wheelchair and unhooked the bag from a climbing hook he had attached it to at his waist. I was able to carry the bag (which contained sticks & wasn't very heavy) to where he needed it to go. As I walked home after he thanked me, I thought of how happy it had made me feel to be able to help him. I thought of how frustrating it could have been for him to struggle to do this task. I think I can relate to those feelings as I've been struggling this week with my physical ability to do things. 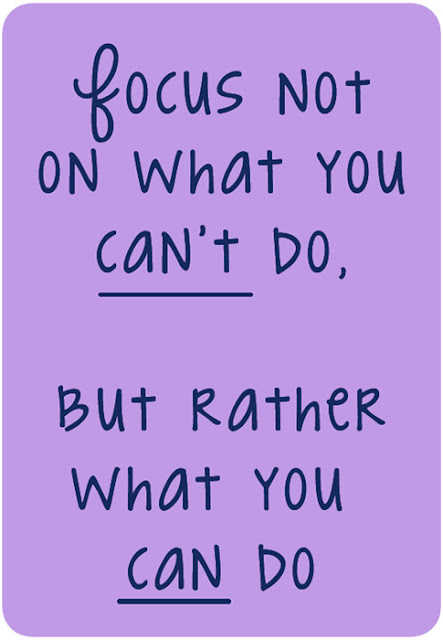 A little over a week ago, my fingers started hurting again. It had been quite a while since I last had problems with them.  I would have a few days here & there when they would hurt a bit and I would hope that that wouldn't turn into a full-blown flare-up. Luckily I haven't had a lasting flare-up in a good while (I'm not sure how long it's been, but probably close to a year if not more).


This time however, I have a whole new symptom. My finger tips became tingly last Tuesday and it hurt to touch anything with them, even gently. This has continued and over this weekend, the tingling spread throughout my fingers. By the end of day yesterday, my fingers and hands hurt without touching anything, and touching things just made them hurt more.

I've been avoiding wearing jeans because it hurts to button them. If I wear shoes with laces, I ask Ken or Talia to tie them for me. I've been pressing buttons with my knuckle and typing with my fingernails, to avoid the pain that pressing causes for my fingertips. We laughed the other night when I had to resort to holding my toothbrush between my palms in order to brush my teeth without pain. It looked ridiculous and was funny, but at the same time it kind of made me want to cry!

I suspect this may have something to do with circulation because I have that slightly throb-y feeling from my armpits down my arms.. like my arm's about to "fall asleep" and get pins and needles (but it doesn't). Yesterday Katrina leaned against my arm (gently) and I had the sensation of having my arm in one of those blood pressure trackers you see sometimes at a pharmacy.

I've done my best not to over-use my hands and to hopefully let them heal from whatever is wrong. It is discouraging to feel sort of useless. Ken has to do a lot of things for me that I cannot do without pain. I just hang on to the hope that this will pass (just as painful periods have passed before).

This weekend, we listened to General Conference. Elder Bednar spoke about "why...it is wonderful to have older men of great spiritual maturity and judgement serving in the senior leadership positions of the restored Church of Jesus Christ..." Although the talk was about the leadership of the church (who are generally old men), I found some encouragement in a story he shared. He had been speaking with Elder Hales on a previous occasion (when Elder Hales had been recovering from an illness) and he asked him, "What lessons have you learned as you have grown older and been constrained by decreased physical capacity?". Elder Hales responded,


"When you cannot do what you have always done, then you only do what matters most."

This was a reminder to me to do the same during this time that I cannot do what I can usually do. I went to see my doctor yesterday and I'm hoping that although we haven't come to any conclusions in the past, we may be able to figure something out now that I have a new symptom. We've started on some tests.

Another thing that stood out to me while listening to Conference was when Elder Gary E. Stevenson (who was just called as an Apostle) spoke. He was talking about his feelings over the days since he received his calling and how inadequate he felt. He says,

"As I agonized over my inadequacies this week, I received a distinct impression which both chastened and comforted me: to focus not on what I can't do, but rather what I can do."

As I go through this physical "trial" in my own life (whether it lasts long or is over quickly), my goal is to try to focus on what I "can do" and not on my inadequacies; and to try to do what matters most, since I cannot do all of the things I want to do or usually can do.  I know this will be much easier said than done, but I'm getting it down here so that I can look back on it, should I become discouraged.

I wasn't sure if I would write about this, here on the blog, but after my little experience yesterday morning, I felt I should. Perhaps my experience and these quotes that were encouraging to me, could be encouraging to someone else who reads this.