Have you got a pan in your house that is covered in blackness that won't wash off?  I have a cookie sheet that looks like that.  I keep thinking I should throw it out, but then I keep it for when I think the thing I'm cooking is likely to do damage to the pan.  These days, I cover it in tinfoil so that I can see that the food is on something clean- I'm telling you, I do clean the cookie sheet, but you can't even tell by the way it looks! 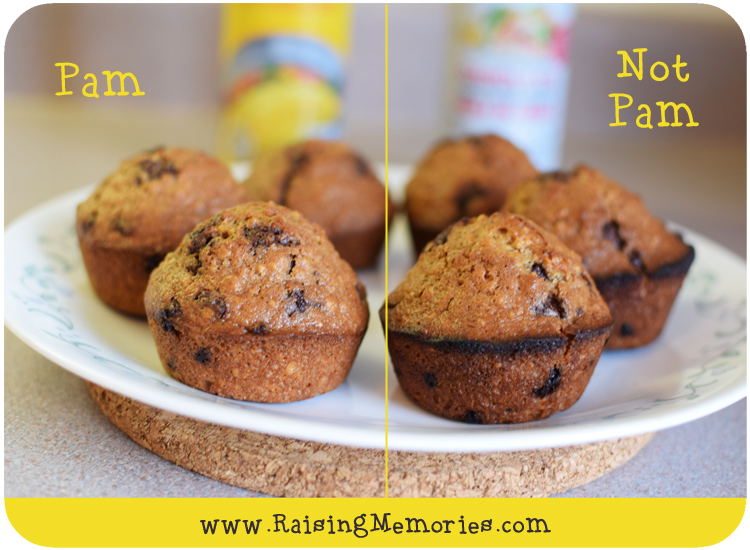 Cooking spray residue can be a true annoyance so I was happy to take on the challenge to compare PAM's cooking spray to another brand and see if it holds up to the claim that it leaves much less residue than other sprays.  I found a couple of interesting differences during my experiment so let's get to it! 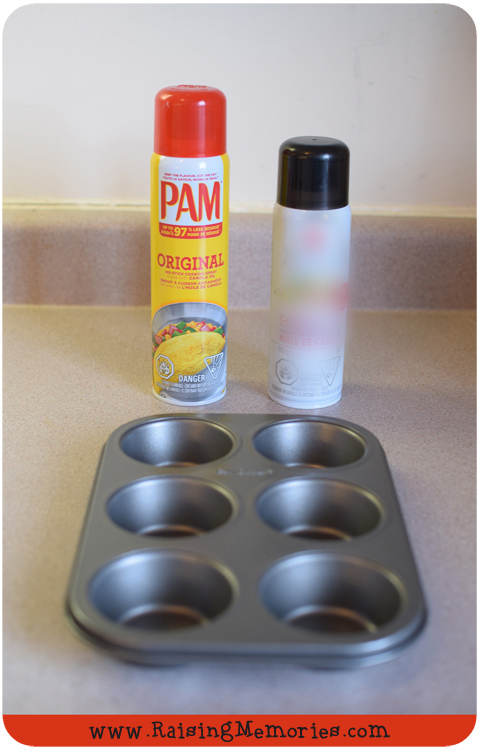 To be fair about this comparison, I bought a new muffin pan.  I used PAM on one side and another brand on the other.  When I sprayed the pan, I used a piece of plastic wrap to block off the other side of the pan so that there would be a straight line divide between the two types of spray.

I baked some muffins and when I took the pan out of the oven, there was a definite difference in the way the sprays looked on each side.  I thought that was interesting but I wanted to know if it would really matter as far as how easy the pan was to clean!  So, I washed the pan and it seemed to wash up about the same on both sides... HOWEVER... 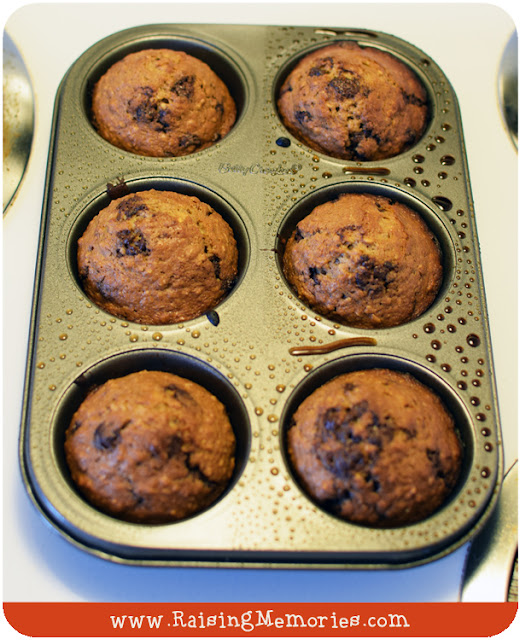 That made me curious about how the pan would look after multiple uses.  I went to town on this test and ended up baking the pan without any food in it- just the spray.  I baked it several times and washed it. I also left the pan for longer than usual between washes, to let the baked-on spray sit for a while.  After all of that, this is the difference between the two sides of the pan: 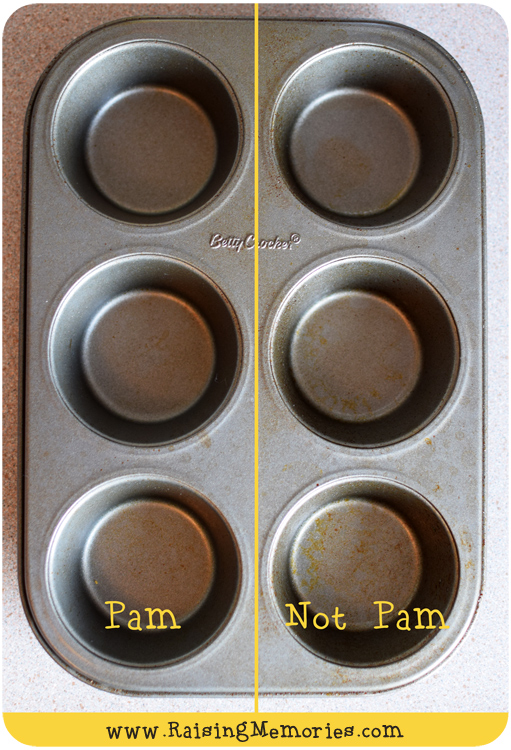 It looks to me like PAM would hold up better over time as far as keeping your pan from turning into a nasty looking mess!

But the thing that I found the most interesting, and that mattered the most to me was this:

My muffins came out nicer with PAM!  This photo is of muffins that cooked at the same time, in the same temperature.  The ones that weren't cooked with PAM definitely burnt on the edges!  That alone is enough to convince me that it's better to go with PAM.

What a fun experiment this was! :)  It makes me curious about testing and comparing other products because there are definitely differences between different brands!


Disclosure: I am participating in the PAM No Residue blog comparison program with enCompass Media. I've received payment as a thank you for participating and sharing my honest opinion.