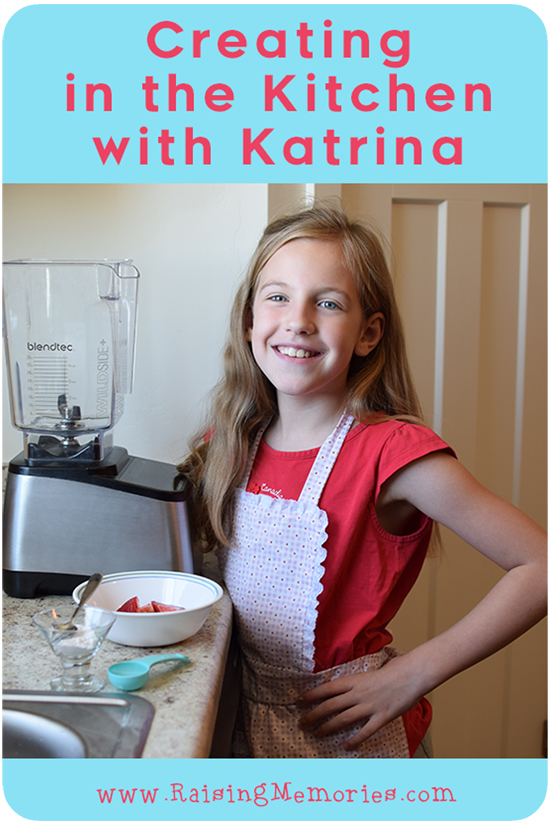 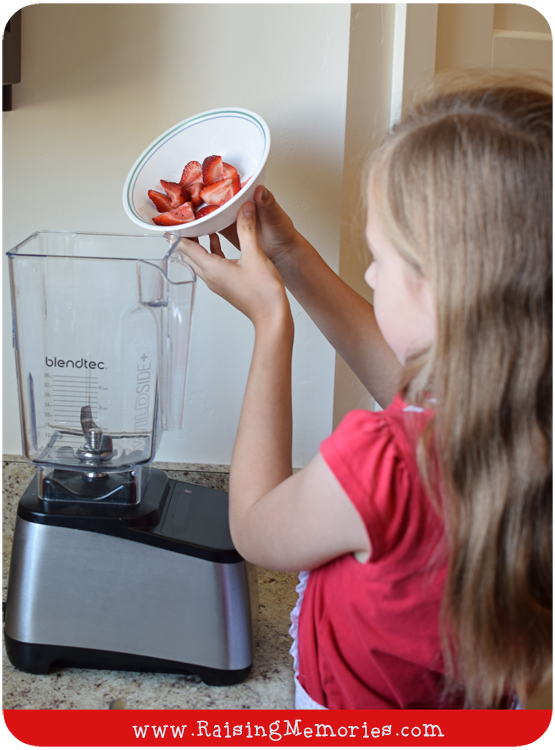 During the summer Katrina got more creative and the old smoothie recipes I had taught her weren't satisfying her creative needs so she started to make new things- from my personal favorite treat named the "S'more Mallow" to fruit purees and drinks, and even melting candy down into new forms to serve to her cousins!

When it comes to using berries I really like having a black lid this time because there were a couple of items (like blueberries and also carrots!) that would leave a bit of a stain on the white lid I had before. I also really like the metal die-cast finish on this blender. I loved the color of my Designer 625 too (which had a molded plastic finish) but our new kitchen has stainless steel appliances so the stainless/black color fit right in! 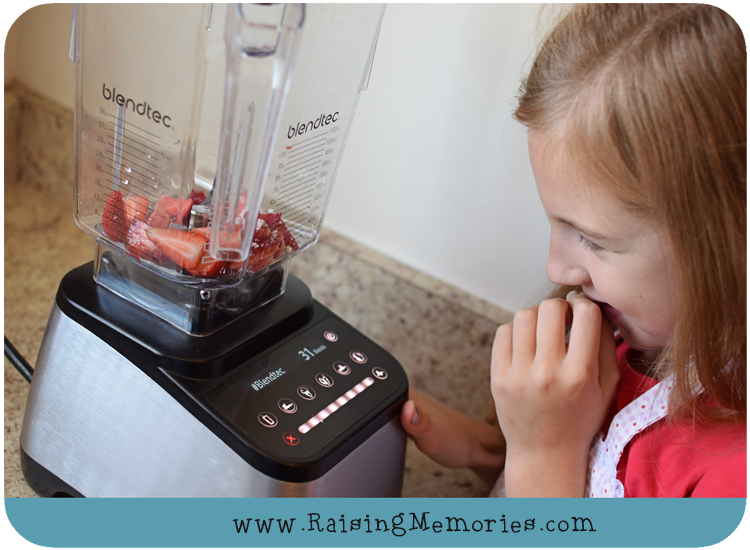 When she decided to make a strawberry puree, I helped her because she was using a small amount of strawberries and I wasn't sure if the machine would spin too much without getting the berries. It turned out that the Designer 725 has a warning built right into it that tells you that you have a "CAVITATION" situation and that you can solve it by adding liquid. This was a perfect teaching situation for both of us!

Apparently this blender has "SmartBlend Technology" built into it and can also give warnings about loading errors, overheating, and air pockets. Just like the cavitation issue, it will then tell you how to fix the issue- I love that! 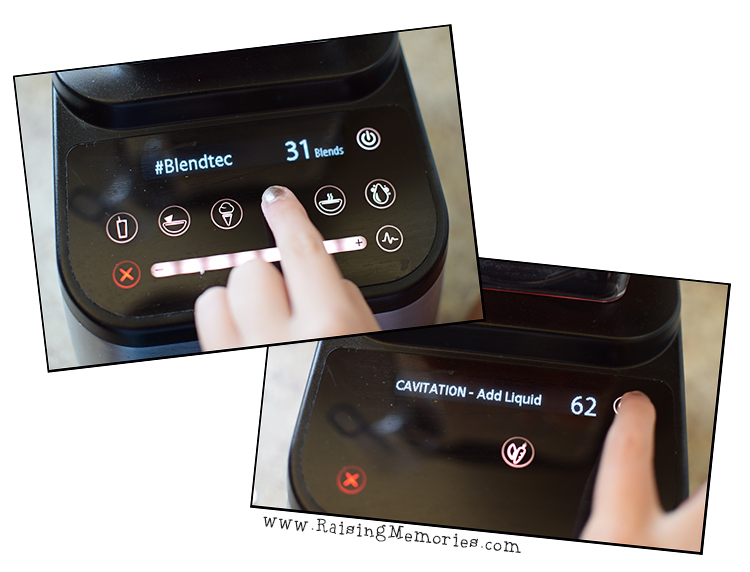 She ended up adding more liquid and a bit of powdered sugar to create a delicious drinkable puree-like treat! Thankfully there was just enough for her to share. ;)

You can also see from the photo above that there are 6 presets on the Designer 725 (Smoothie, Salsa, Frozen Treats, Whole Juice, Hot Soup, and Clean) as compared to the 4 presets that the Designer 625 has. This makes using the blender really easy for Katrina because the blender knows what to do based on the type of food she wants to make- all she has to do is choose the picture that fits what she's doing!

I really like the "clean" preset on the 725. Even though you could easily clean the 625, you did have to stand there to press & hold the button. It may seem like a silly little thing, but I love that you can push the button & walk away to finish your other clean-up tasks while the blender cleans itself!  I also love that Katrina can easily do it on her own. It's one more reason I don't mind letting her make these messes- she can handle the clean-up on her own! 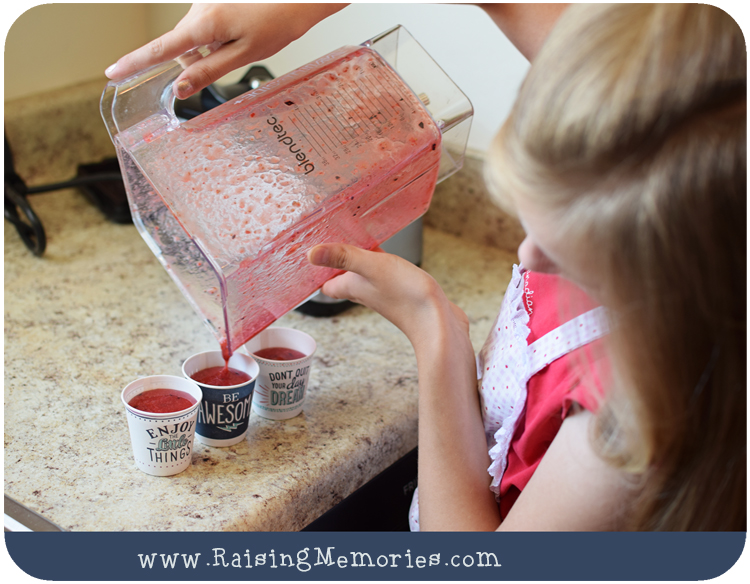 It has been so fun to watch Katrina enjoy herself in the kitchen and experiment with creating her own little masterpieces! I'm so glad I didn't just tell her that the blender was for me to use- she has learned a lot and had such a blast! All of this experimentation led to her own plans for a kidpreneur business that she invited her cousins to join! I'll have to write about that in more detail another time. 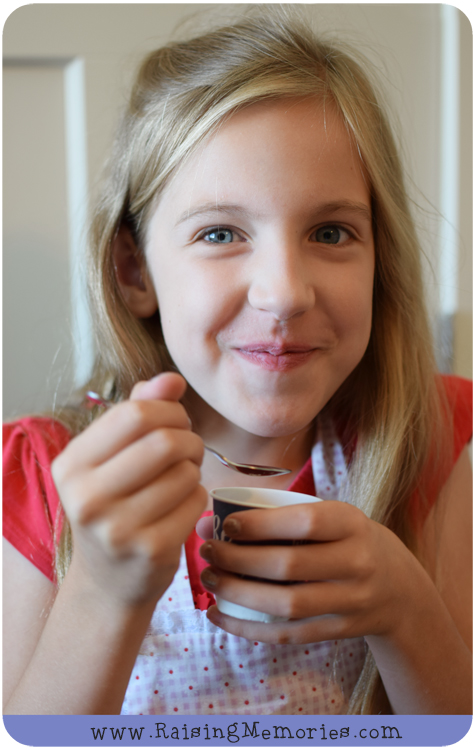 Throughout the summer Katrina has brought her creations to several gatherings with cousins, counting to make sure she had enough for everyone, and invited them to come over and help her to create things. Whether she has friends and family to share with or not, though, she has always been able to find someone to share her creations with! 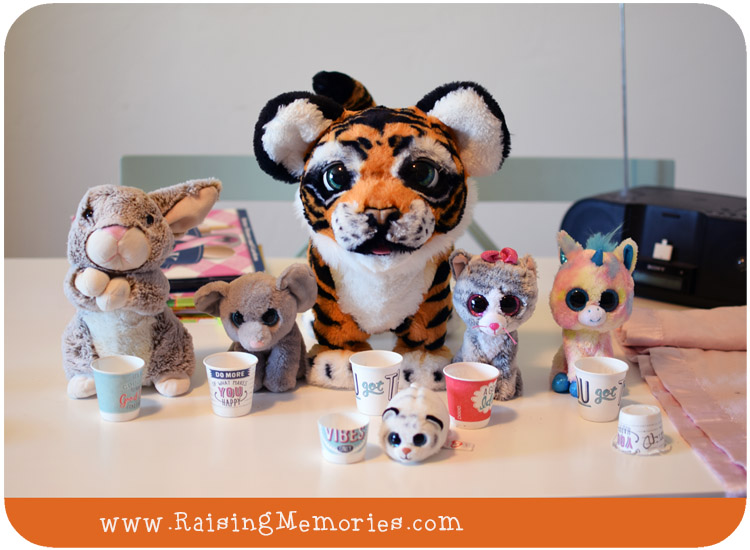 For a detailed comparison post about how we compared our Blendtec Designer 625 with our old blender and how the performance compared, check out this post: Will It Blend?! 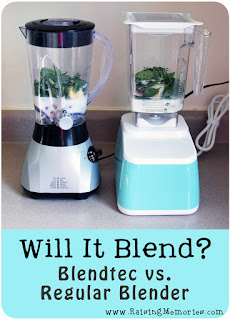 Disclosure: I received product to facilitate this and other posts. All opinions and experiences shared are, as always, my own.