Our 1st Two Weeks of December

Our 1st Two Weeks of December

The last time I did a week or month-in-review post was in September (for August). I keep meaning to catch up! Maybe I'll do that eventually, but for now, I've got a review of our first 2 weeks of December. 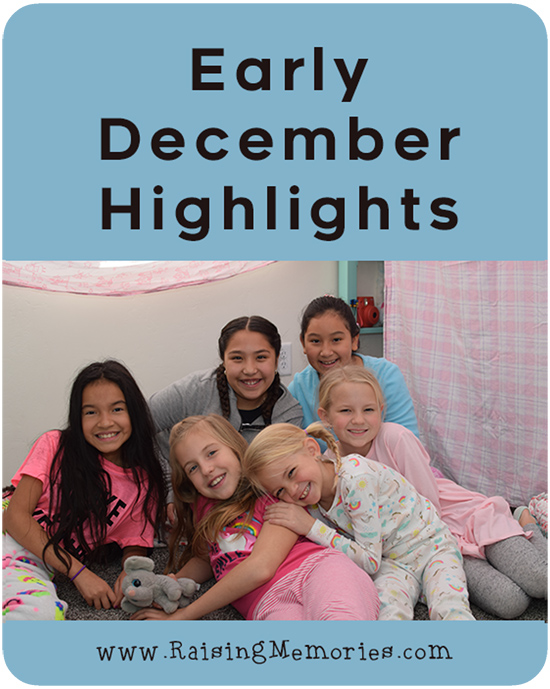 I want it mostly for my own records, but if you want to keep up on what we're up to, here you go! ;)

We had a birthday party for Katrina's 10th birthday! She invited 3 school friends & 2 local cousins. She planned this party herself, with a camping theme (everyone wore pajamas, there was a fort/tent, they made a "campfire", and had a form of s'mores). 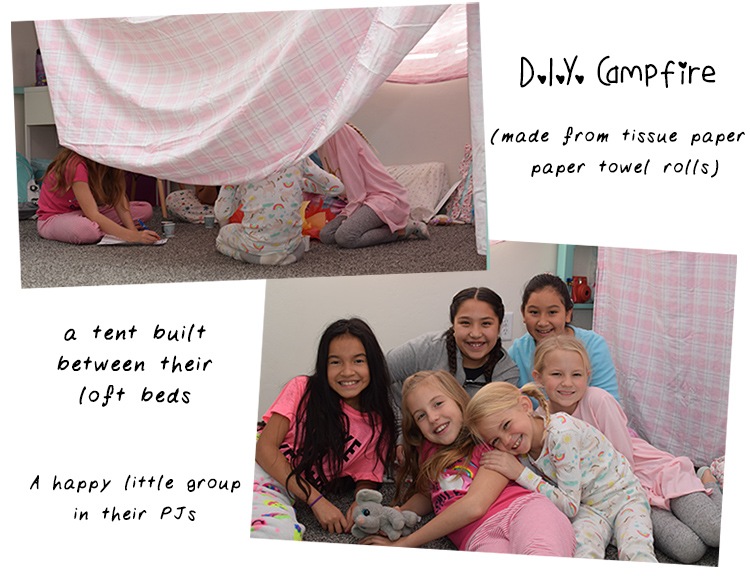 I can hardly believe she's hit double digits! She seemed to really enjoy her party, so I count the day as a success! Talia hung out at a friend's house during the party and came home after lunch. Ken took Katrina out for her traditional birthday lunch with him, and I took a little nap!

Katrina's 10th birthday! She opened her gifts from us & her grandparents at different times throughout the day (working out times to video chat with grandparents), and she & I went to church. Ken & Talia weren't feeling 100% so they stayed home from church to rest. Katrina was totally thrilled with her gifts from everyone (including a cotton candy machine that we tried out that evening).

I got everyone off to their different schools in the morning, went back to Talia's school with running shoes that she forgot for gym, and went back to the train to pick Ken up around noon because he was too sick to stay at work. He spent the afternoon napping, then the girls came home and the 3 of us headed out to watch a play that their cousins were in.

Ken went back to work. Bookclub tonight had a pajama/Christmas theme. I always enjoy it but I'm SUCH an introvert at things like this. As soon as there are more than 2 or 3 other people at a gathering, I get really quiet and just listen to everyone else- then I notice "hmm it's been like an hour & I haven't spoken." I don't know exactly what that is. Anyone else reading this do that?  I can't decide whether to just accept that as something about me that's fine, or to try to change it somehow.

After school Hilary's girls came over to have cotton candy & play. Hilary & Hayden joined us later. It was fun to see them. It was a tired day (maybe the sickness was coming on & I just didn't know it) 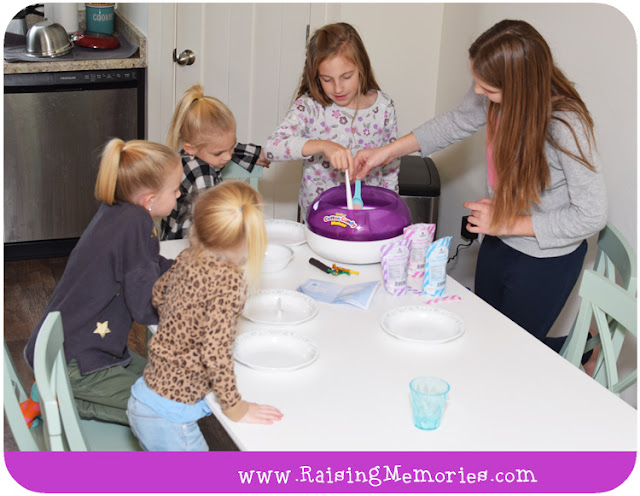 Woke up feeling sick. Ken's still getting over being sick, & Talia's feeling sick too. We just hung around the house & relaxed together. It was actually really nice.

Sick so I stayed home from church with sick Talia and "sick" Katrina.

Talia stayed home from school (sick) and we both lazied around (watched a show on Netflix together, napped, etc.) In the evening I showed her some old videos of her when she was little like the time she 1st saw Katrina- it was ADORABLE and I'm SO happy we have those videos!

Feeling sick still, but much more able to do normal things. I put together a cupboard (minus shelves & doors) to hopefully organize some of the things we haven't got a place for since moving. Talia had YW. Watched some old Office episodes with Ken after the girls went to bed.

Feeling about the same as yesterday. Watched some TED Talks while exercising (which in this case can be defined as moving around by walking and random dancing, followed by stretching on the floor). It was actually pretty enjoyable- I should do that more often!

Fun hair for Katrina... her hair has become really thick, just like Talia's. I wish I could get in on that! ;) I think mine has gotten thinner over the years. 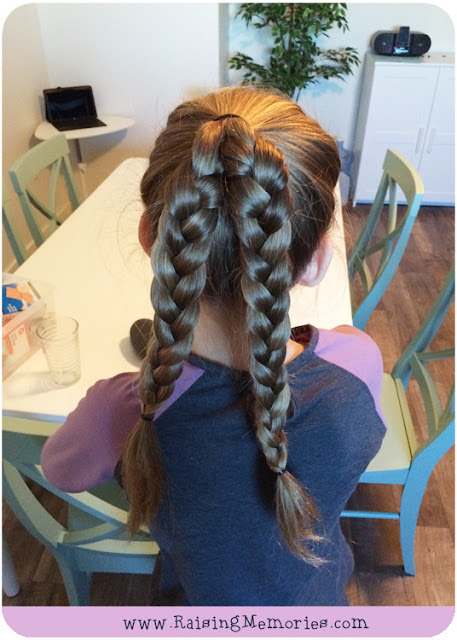 Katrina & I went to an activity for the 8 & 9 year old girls after school. We're both a little sad that she's now old enough for the older girls' group because I won't get to go with her anymore! (I'm one of the leaders for the younger group)  This was her last activity with the younger group. The girls decorated the cookies and then we went outside and delivered them to people's homes. Ken got home later in the evening and we went on a date (it's been a while since we've both been sick). We went out to eat (we often share a meal & an appetizer because it's cheaper and we usually have plenty of food that way anyway). We also went to Walmart and then an on an unexpected adventure when we bought a couple of large gifts and a random person in the Walmart parking lot offered to help us transport them to my sister's house where they will hide until Christmas! (We were struggling to get them in the car so he offered to help us out!)

Talia had a friend over. I'm SO HAPPY that she has some good friends at her school & from church. I think it has been such a great thing for her! I don't know if we'll move after Ken's 1st year contract is up, but I do know that if that happens, it will be a really sad thing for Talia! 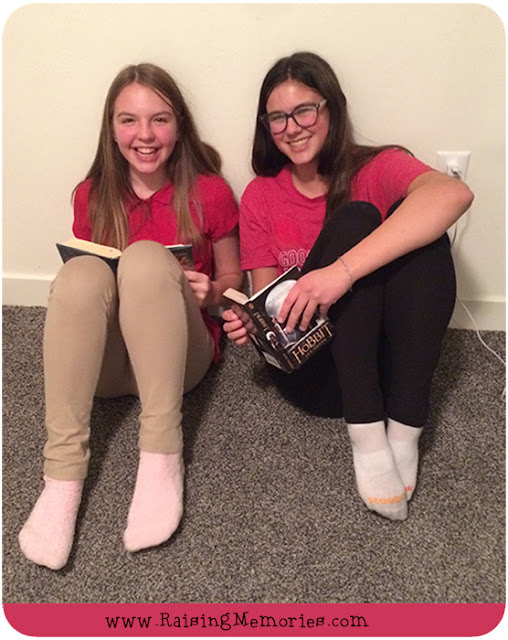