Our time in Utah came to an end pretty quickly when Ken found out about his new job offer. We found out about the job at the end of January and by the time things were finalized, we had about 6 weeks before we would start driving back to Canada so it was a pretty busy time of selling a lot of furniture, packing all of our stuff, finding someone to sublet our rental townhouse, and trying to make arrangements for our arrival in Canada. 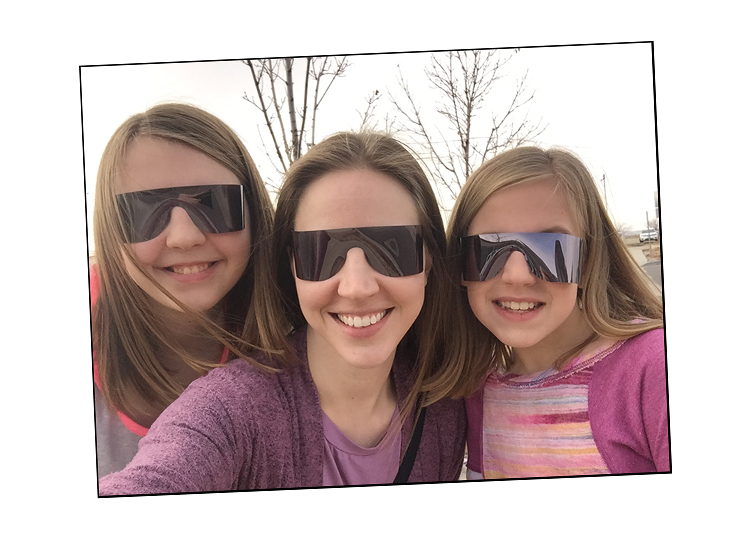 ...and here are the haircut before & afters:
Talia: 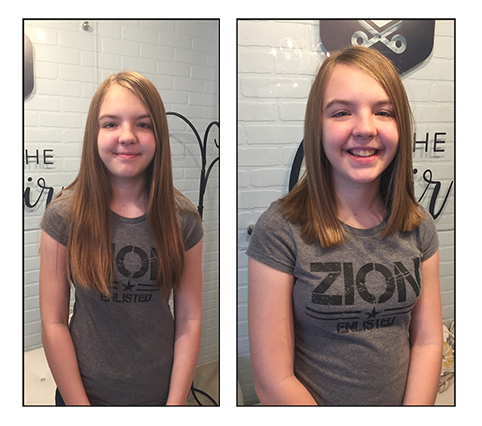 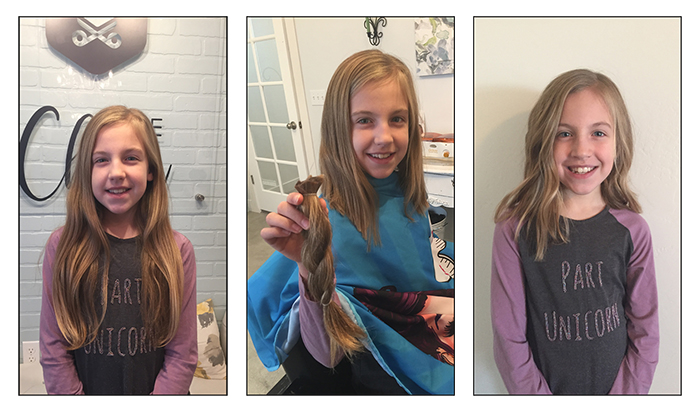 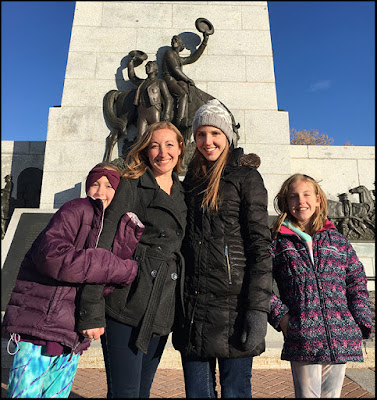 As I mentioned in a previous blog post, we sold a lot of items before moving so that we wouldn't have to move as much- it would save us money and effort for the move. We were shocked when we realized how much Katrina has grown since we bought this bed & she could walk right under it back then- less than a year before!! (wish we had a photo of that!!)  I got some photos of their room before we started selling furniture off, so I'll do another blog post about that in the future. 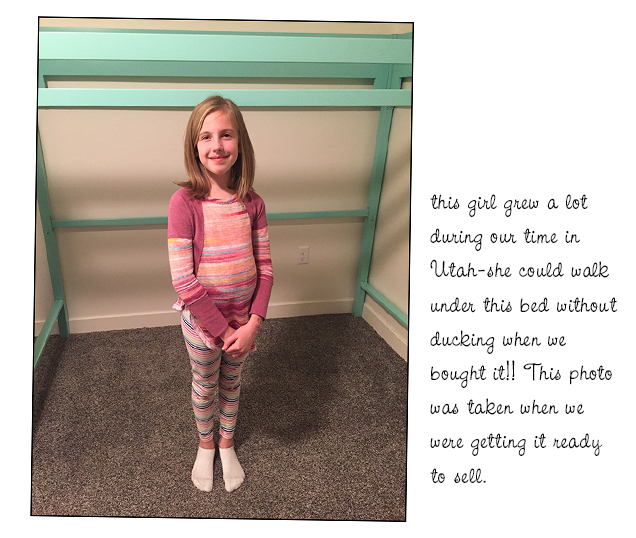 Talia squeezed in as much fun as she could with her school & church friends before leaving Utah. I think leaving was hardest on her- she made some really good friends while we lived there. I wish we could just bring them with us!! 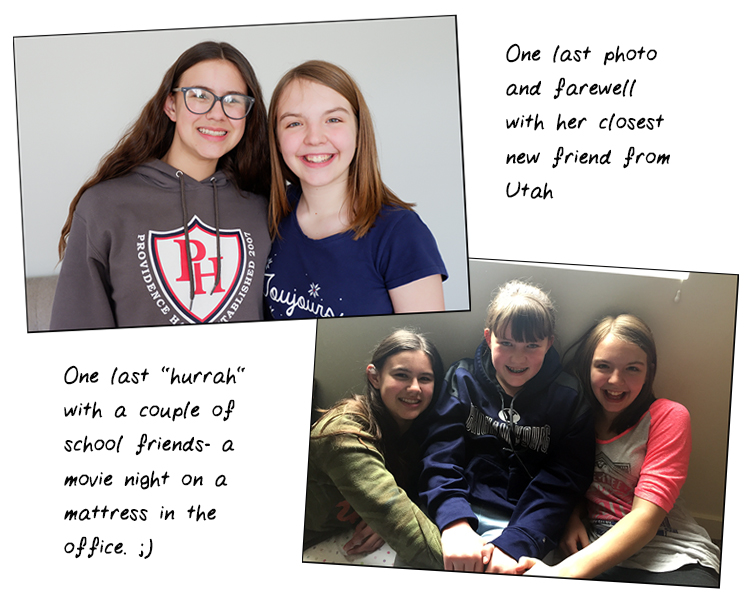 These next two photos represent some close friends that we were all sad to leave but will hope to reunite with someday. Jeff & Jess (on the left in the group shot) were some neighbors we're so happy we met! They bonded first with Ken & Talia over shared interests in comics and Dungeons & Dragons, but were good friends of all of us (even those of us who haven't gotten into D&D quite as much) and we had a fun last night out for dinner at a Mexican restaurant and some exploring that ended with a visit to a candy shop (the unicorn photo) and a late night chat. 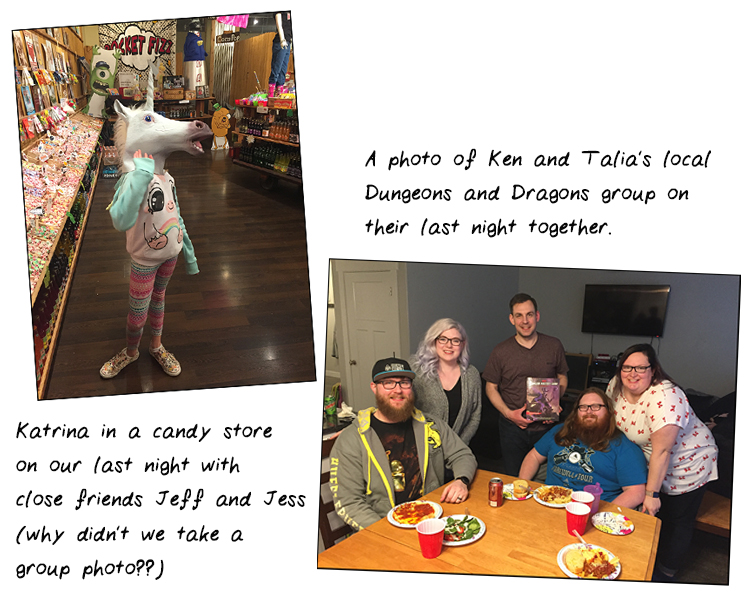 Katrina said goodbye to her friends and both girls went to school one last time in Utah. 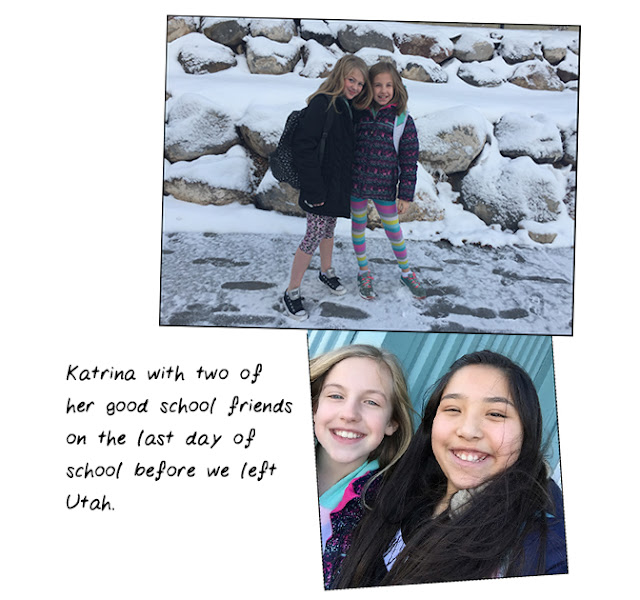 We slept over at Ken's sister's house on our last night in Utah (because the furniture was in the truck) and got this last photo of those cousins all together. It's bittersweet to look at it now. I'm so so grateful for the time we had to live close to them, but so sad that it has come to an end!! 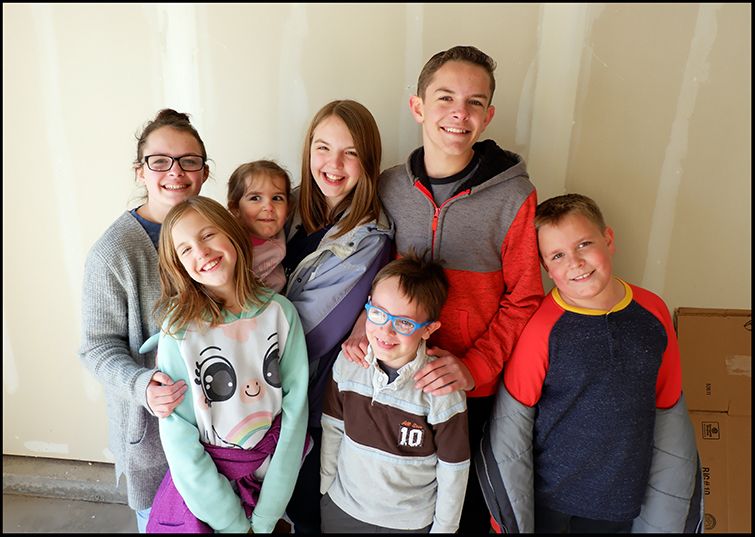 The next morning we had planned to start driving but it turned out that there were still some last minute packing things to do, so we headed back to our townhouse. It was SO GOOD to finally see that truck fully packed!! 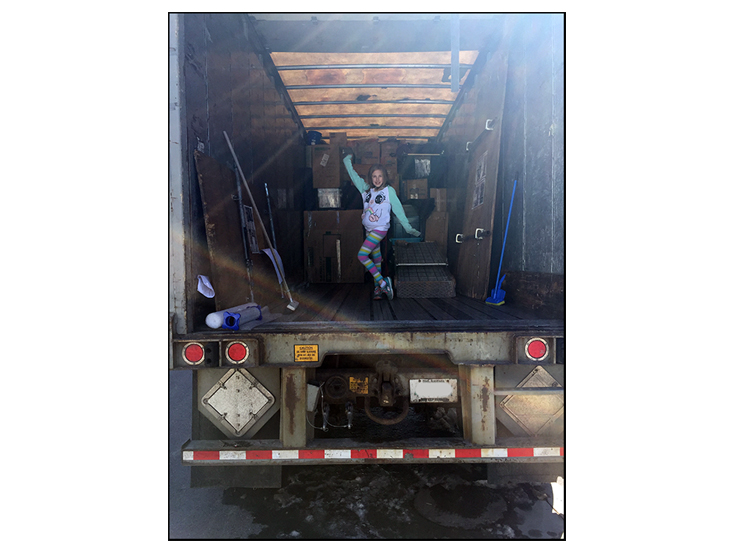 Our last stop was to say goodbye to my sister & those cousins. Ken had picked up a bunch of different flavors of Peeps (something we'll miss about the USA is all of their crazy variations and flavors of different foods! haha) to do a taste test, so we did that with them before we left. 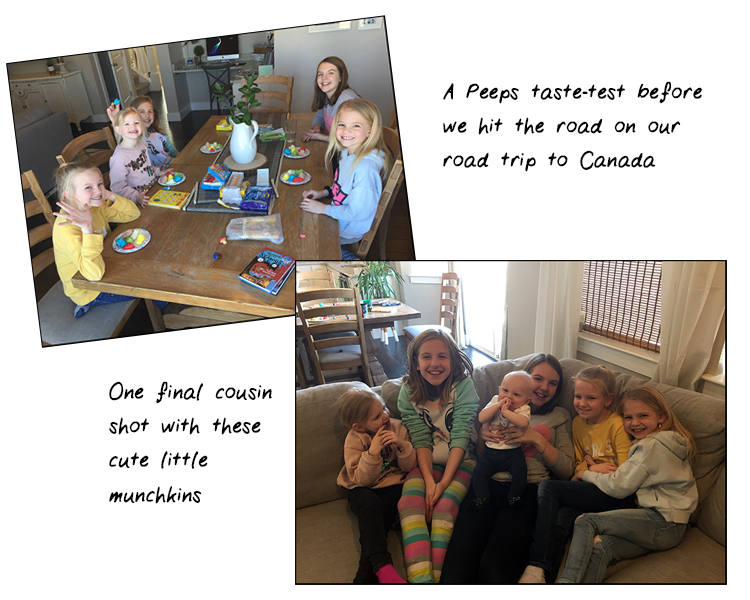 ...and just like that, the Utah chapter closed. We got into our car and drove away, soaking up the mountain views as we went. Looking forward to warmer weather as we continued our journey south (haha, yes... we drove south before we went north because we had some things to see while we were still in the area!), our minds were focused on the journey ahead which made leaving easier... but now, as I've sifted through the photos from that time, my eyes are watering and my heart hurts for the good people and place we have left behind. Dear Utah chapter of our lives, you were difficult, you were full of blessings and trials, and you were good for us. We will miss you!!