Board Games that Work Virtually

Board Games that Work Virtually

Whenever you want to visit with someone but can't get together in person, we suggest playing board games that work virtually! With a global pandemic, stay-at-home orders, social distancing, and limited social gatherings, we've been forced to find new ways to visit with friends and this is one of the best ways we've found to do it!

Today we're sharing a list of games that have worked well, and how we've tweaked them to work well over a video call. 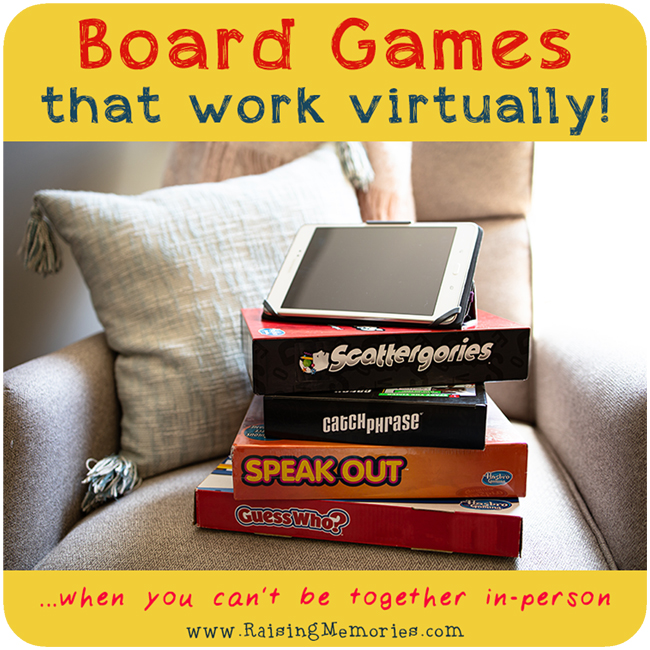 We started by brainstorming some games we thought would work well across a video conferencing call, as long as both families had the game at home. Some of these would still work, even if only one household owns the game!


We partnered with Hasbro to share this idea with you, and they sent us some games to use and to share with some of our local friends who didn't already own the games we wanted to play. It was a fun little project to get in the car and drive to friends' houses to deliver a game to their doorstep! 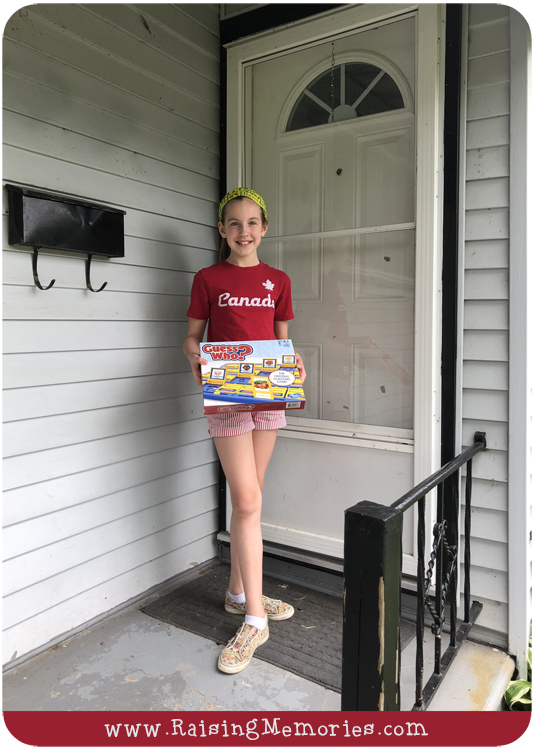 The next step was to set up a video call with each friend or family. We've tried lots of different video conferencing options like FaceTime, Facebook video calling, Zoom, Skype, and Google Hangouts. Sometimes a different app works better for a particular device, but they're all great options! 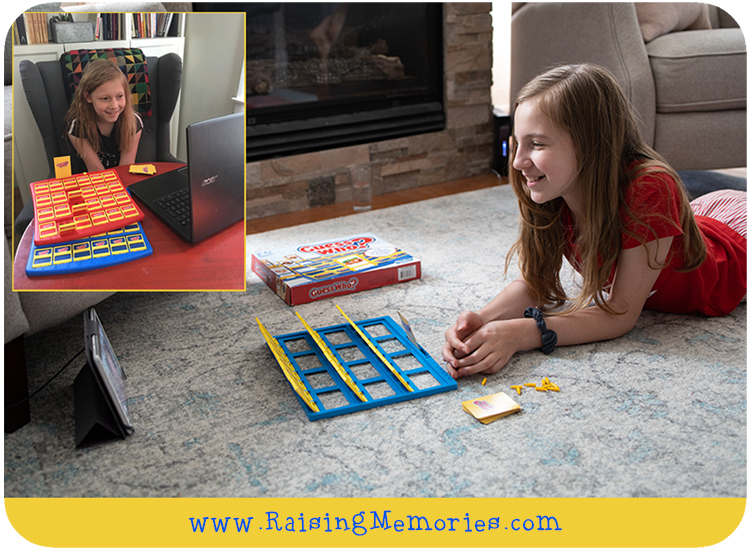 Katrina met with a friend of hers to play Guess Who, we called cousins in Utah to play Speak Out, had a family Scattergories night with a local family we miss seeing each week, and reunited with cousins in Texas for a few rounds of Catch Phrase! 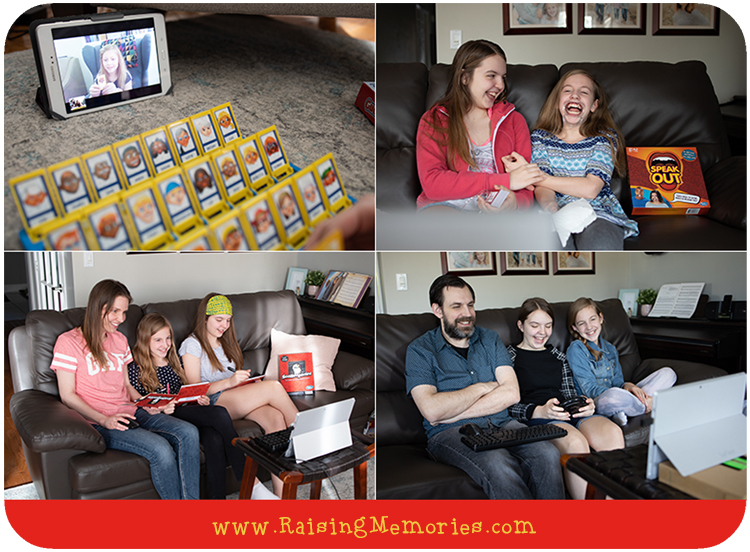 These are just the times we took photos of! Since then, we've continued to have meet-ups over video call with cousins, grandparents, and friends. It has been a great way to bridge the gap created by social distancing or just plain old distance!


Board Games that Work Virtually

The only change with Guess Who is that you don't get the "freebie" of eliminating your own mystery person as an option for your opponent's mystery person. Since you're both playing with your own deck of Mystery cards, it's technically possible that both of you could have drawn the same mystery person!


This one was very easy to play from a distance without changes. In fact, our cousins in Utah had the Kids vs. Parents version at their house which worked out well since they had younger players. This was definitely the game that got the most laughs!


The cool thing about Scattergories is that the List cards are numbered, so as long as you have the same version of the game, you can be sure you're playing from the same list. If you have different versions of the game and your lists are different, just take the extra step to share your list with your opponent, so they're on the "same page".


Whether you have the same version of the game or not, this one works well across a video call!
We divided each family into two teams. Half of each family was on the same team. We took turns passing the device around a single family for each round. 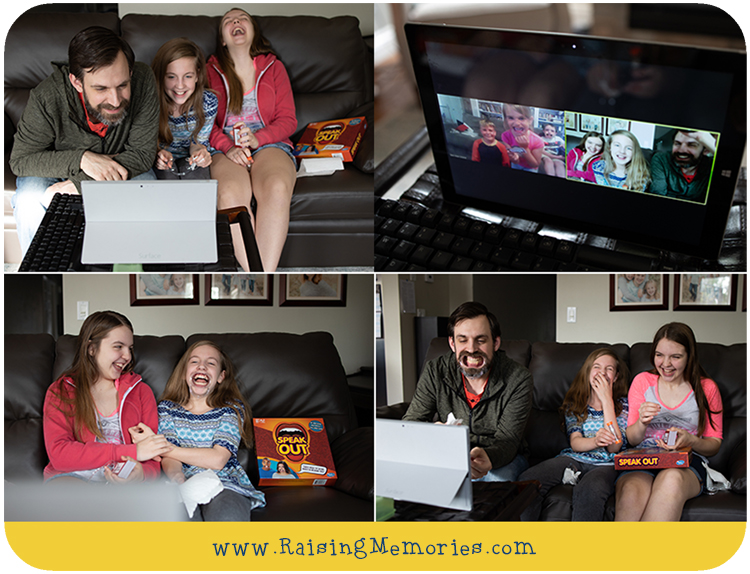 We're excited to have discovered this idea and will definitely continue to use board games for virtual visits, long after social distancing and self isolation are necessary! For any time you can't get together in person, these games are a great solution!


We can't help thinking about what other games could work this way... Battleship anyone?
Can you think of any other games that would work well virtually?

Disclosure: Products were provided by Hasbro, to support this post.