As I mentioned in my last post, we hit the Pumpkin Patch for the 2nd time on Monday!
On Tuesday, this happened:

It's so funny/interesting to see the differences in our girls.  Talia loves the moment she gets to reach into that pumpkin for the first time and start pulling out its "guts".  Katrina's first pumpkin-gut-touch is always met with a scrunched up face of disgust ;)  She gets used to it after a bit, but still wants to go and wash her hands as often as possible! :) 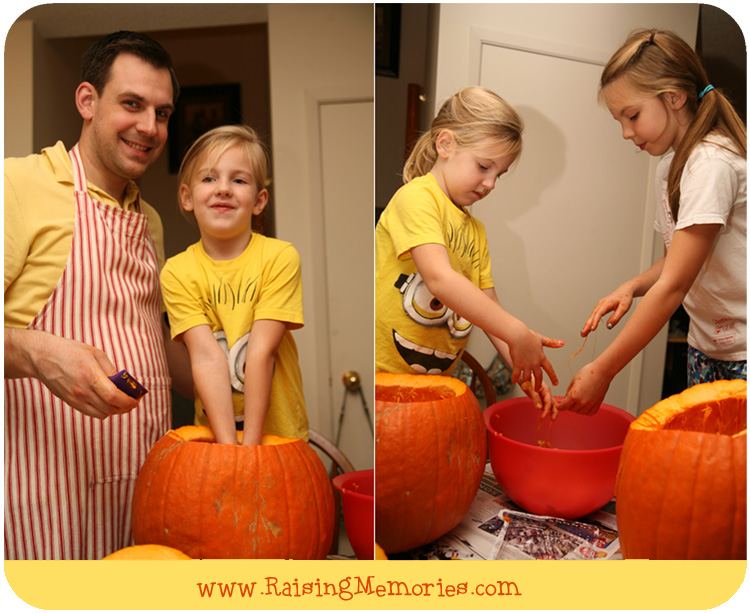 Ken is always pretty involved with the pumpkin carving and I'm glad it can be a family event and memory for the girls.  He does the "lid" cutting and helps with hollowing out the pumpkins and then I help with the designing of the faces.  We both help with the cutting part. This year the girls each drew their faces on and helped with the cutting- man, they are growing up!  Katrina was really focussed and serious about her design- drawing it on and cutting it out.  Talia made her pumpkin some nostrils and eyeballs, then disappeared and came back with chalk to use as "eye shadow" for hers!  Katrina wanted hair on her pumpkin (which we added after these photos were taken). 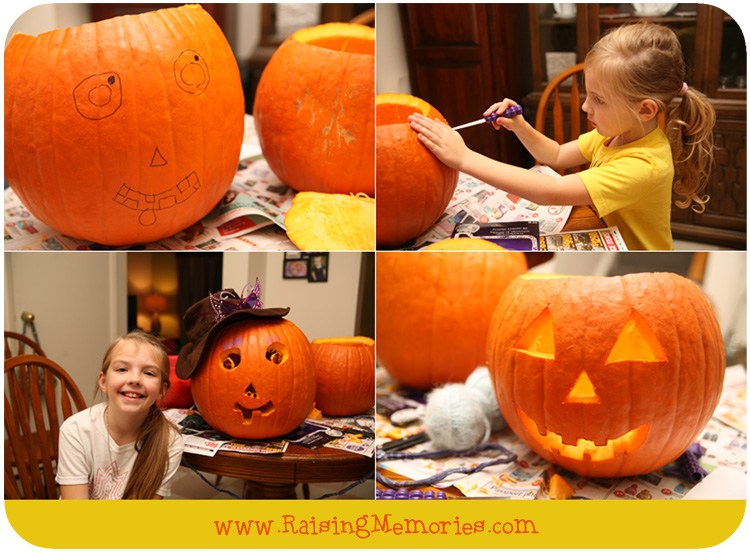 It was a really fun night! :)  I'm looking forward to trick or treating tonight, but I'm bummed that it's another cold and rainy day for Halloween this year (just like last year).  They're actually predicting snow overnight!  I'm thinking we should move Halloween a little earlier in Canada! ;)