In the middle of April, Ken & I flew out to Utah together to look for a home for our family. We planned a week-long trip so that we'd have plenty of time to visit the University and get some paperwork done for his new job, get some other legal things started for moving to the USA, and spend time looking at different rentals. We expected to fly out on April 14th & fly home on the 21st but things didn't go as planned! We ended up with some unexpected detours but got the most important things done in the end.  Here's the story of our Utah Home Hunt! 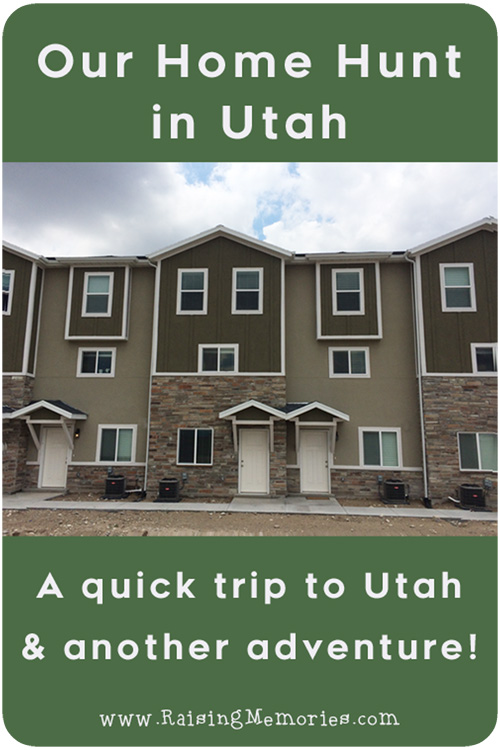 It all began with an ice storm...


The night before our flight, we heard that there was an ice storm expected in southern Ontario, so we decided to leave extra early in the morning so that we could avoid the ice storm and be in Buffalo, with time to spare, for our early afternoon flight. That plan did work, but it couldn't help us avoid the road blocks we had ahead of us!

After spending some time at a mall, we headed for the airport where we hung out until we found out our flight had been cancelled due to impending weather and that the next available flight with our airline was not until Monday! We booked the flight for Monday and then found out that the ice storm had already arrived back home and the roads between Buffalo and home were extremely dangerous. We got in touch with our friends, Ed & Claire, who live an hour away from the airport & made plans to stay with them until our flight!

It was so fun to see Claire & Ed again and a couple of their girls, Beth & Kristy. It was lovely to spend time with them and to catch up with everything going on in their lives. I wish I had thought to take a picture with them to remember our time there!

There were several frustrating complications that came along with changing our flight to one that was 2 days later:

First, our car rental place wanted to charge us double in order to have our car for LESS days. After a 30 minute phone call, Ken got it back to the regular price.  Then Ken noticed we were given the wrong connecting flight for Monday which would strand us in Denver for a night & cause us to arrive in Utah another day later! Finally a supervisor was somehow able to get us on the right flight (which they had told us was fully booked).


We went to church with our friends, ate, played games, and chatted with them. We were so grateful to be staying with them- it was just what we needed, to de-stress!

We had a free morning and were near Palmyra, New York, so we spent a little time there before heading to the airport. I remember feeling so overwhelmed about how everything had gone- what a stressful time! Our flight was delayed 2 hours (which had us running to make our connecting flight). Needless to say, we were very happy to make it to Utah that night! We stayed with my sister & her family while we were there.


We went to Salt Lake City & spent time at the University, getting paperwork started, and then off to the Social Security office to get that in the works. The photo below is of the view from the building Ken will be working in. I was (& still am) so amazed by the mountains in Utah! 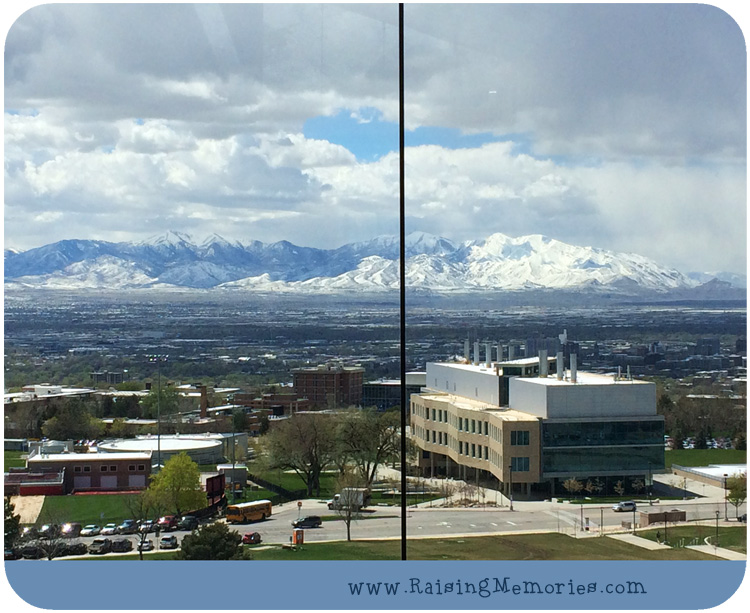 
We spent time looking at several different rental homes, apartments, and town homes across Utah. We finally settled on a condo/townhome that's only a few minutes away from my sister's house. It's exciting to live near her because we've been living in different countries for 15 years! I never thought we'd live this close to each other again, and I'm excited for our kids to get to know each other better! We're also close to Ken's sister & her family with more cousins to get to know better and have lots of fun times with!

After a whirlwind 4 full days in Utah, we were on our way back home. We were SO exhausted!! We wouldn't have any time to rest because we had to pack, make cross-country moving plans, and move, all within 2 weeks!