I'm getting more & more behind with each part of the "Smoke Saga" and I really want to catch up to the present! So, I'm going to do a quick summary of week 4 of dealing with the smoke damage, to try and catch up a bit! 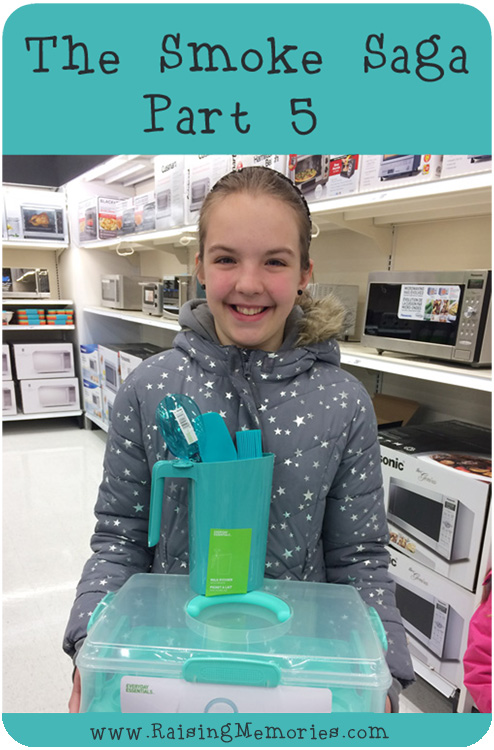 
We moved mattresses back into the house. We had to get rid of the girls' bunkbed & mattresses but we did have regular twin sized mattresses for them that survived the smoke because they had been covered with plastic and stored in the basement. We had to get rid of our own mattress, but Ken's parents had a double mattress we could borrow temporarily. We had an early birthday dinner for Ken with his family (since he would be in Utah, checking out the job opportunity, on his birthday). We also went to an Easter music night at the church which is always really nice! Some more stress that evening as Ken realized his flight was booked under "Keneth" instead of "Kenneth". Amazing how one airline was happy to just type an extra "n" and be done with it, but the other took hours of phonecalls to get it done without extra fees! 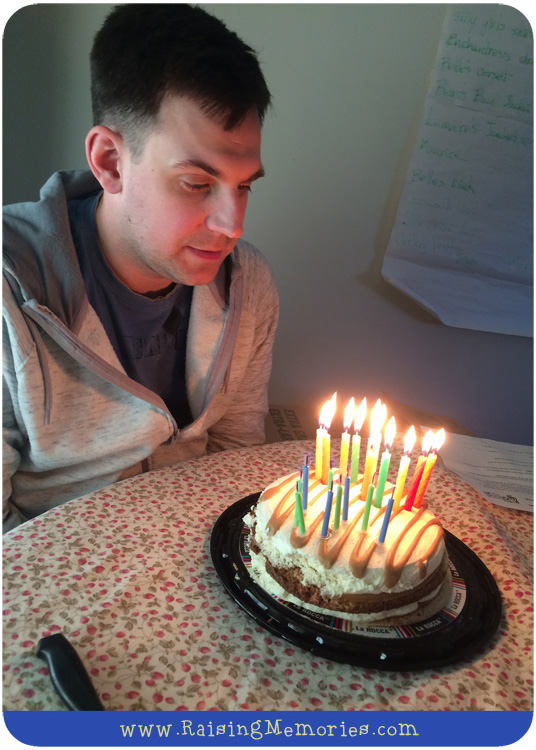 
I dropped Ken off at the airport in Buffalo while the girls were at school. Tuesday was Ken's birthday and the day he was scheduled to give a presentation at the University of Utah. Back at home, my Mom came to help me out. We went shopping for a few necessities (like hangers, for example) that were lost in the smoke insanity. I remember feeling a bit anxious and overwhelmed about spending money to replace things, and about the big task of moving back into our home without a lot of our things. My mom brought a couple of lamps and a table to set up in our house temporarily and we bought a pretty tablecloth to cover the old table. I remember how much of a difference it made (to my feelings) to have a pretty table cloth on that table! It's amazing how little things like that, in your environment, can affect your mood! My mom also brought cookie dough and we made cookies for when the girls came home from school. 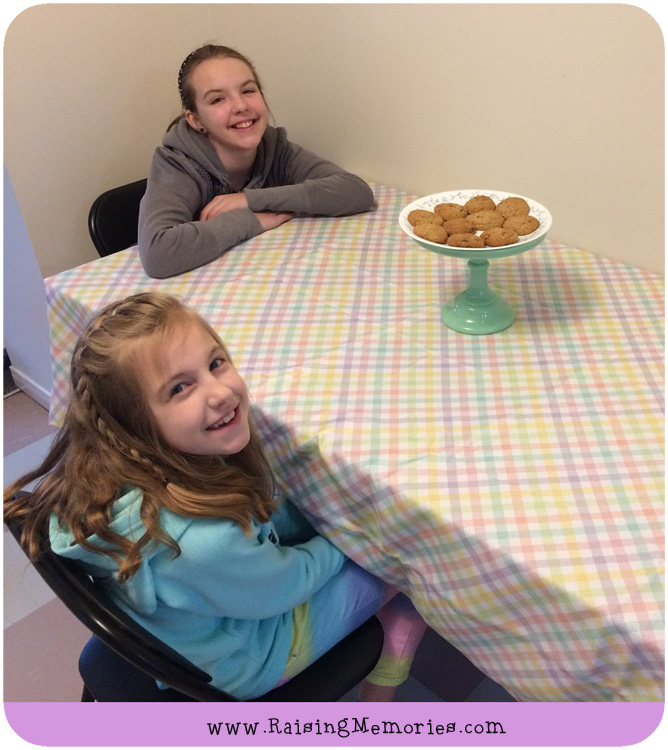 We still hadn't moved back into our home (we were living at Ken's parents' house) but it was nice to have a "home-y" moment!

I went to the Superstore with Talia & Katrina that night and replaced a few plastic items from the kitchen. I was happy to see one of my favourite colours readily available! If we had to replace so many things, at least it was fun to replace them with things I really like! 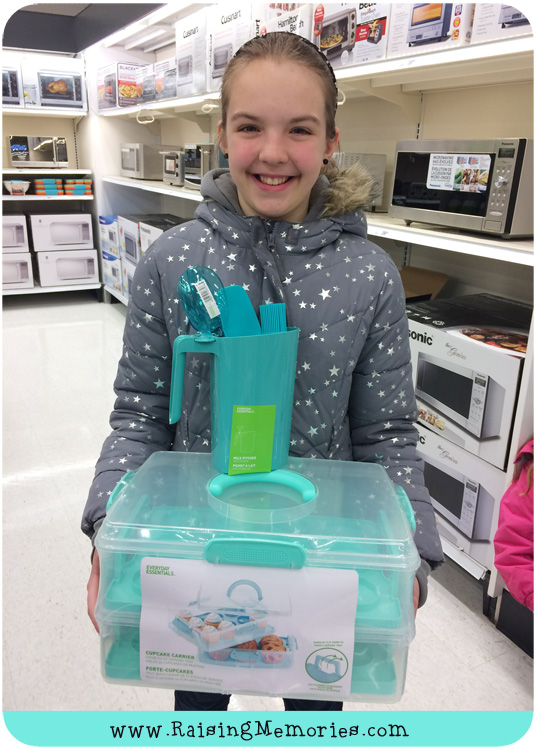 
Wednesday was a rough day. I'll call it breakdown day, because I felt like I was having an emotional breakdown. I cried by myself in the car, in a parking lot. Then I cried to my mother-in-law at her house for a while. Later I cried on the phone to Ken. That evening I got together with my sister-in-law while Talia was at an activity at the church, and I cried some more. I was so overwhelmed with everything that had happened with the house and the smoke, and I was worried about how things might work out with Ken possibly accepting a new job. It was a really rough day, but I figured some things out and I'm just glad it's in the past now!


Thursday was a better day. I went over to the house to get some work done and found an amazing surprise on my porch from Hasbro! When they heard that our girls lost almost all of their toys because of smoke & soot damage, they sent us some things and I was overwhelmed by the contents of those boxes! I'll keep it a surprise for a future post, but I wanted to share that this happened on Thursday and it was so nice to have something so kind and generous happen to us after the day I had on Wednesday! I couldn't wait to surprise the girls with some toys in our house when we moved back in! 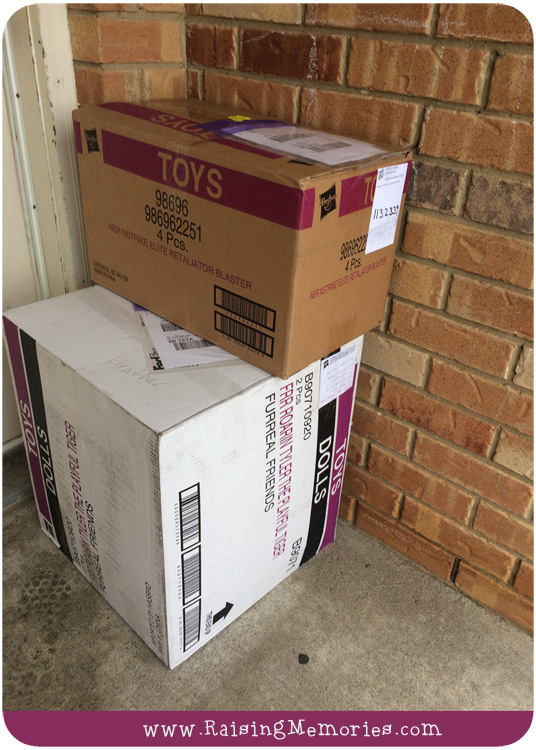 
I went to the temple with Ken's parents, brother, and my sister-in-law. The kids went to some babysitting at a nearby church (and it looked like they had a blast- there were so many fun things to do there!.. see the photo below). 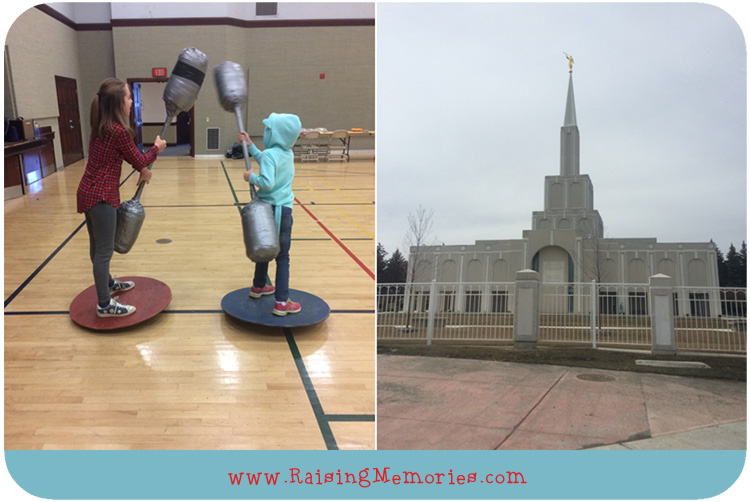 After the temple, we all went to lunch together.

That wraps up week 4! I had hoped that we could get into our own house by the end of that week, but as time went on it just made sense for us to stay with Ken's parents. I was so grateful to them for all of their help and support- we were so well taken care of! I'm lucky to have such amazing in-laws; we're sure going to miss them when we move!

Here's What Happened Next!
(or you can go back to part 1 to start at the beginning)