I have been wanting to find a better CD & DVD Storage and Organization solution for a LONG time. We had been storing all of our DVDs in a box in the basement (we just didn't have space in our living/family room for them) and we had our CDs in one of those big black, zip-up binder things. These methods were kind of working, but weren't that great.
The problem with the DVDs: Our method was really ugly, really bulky, and kind of annoying ;)

The problem with the CDs: Our method was hard to keep organized (you would have to shift all the discs if you wanted to add a new one to the correct 'section'), and the CDs tended to slip out if you accidentally tipped the binder... and I just didn't have a good place to PUT the binder.

See that box FULL of DVD cases? It's going in the basement (in case we ever want to change our system or sell a DVD with the case or something). See that little box of discs? That's all the DVDs in a cute little box that will easily fit on a shelf in our living room- yay! :) 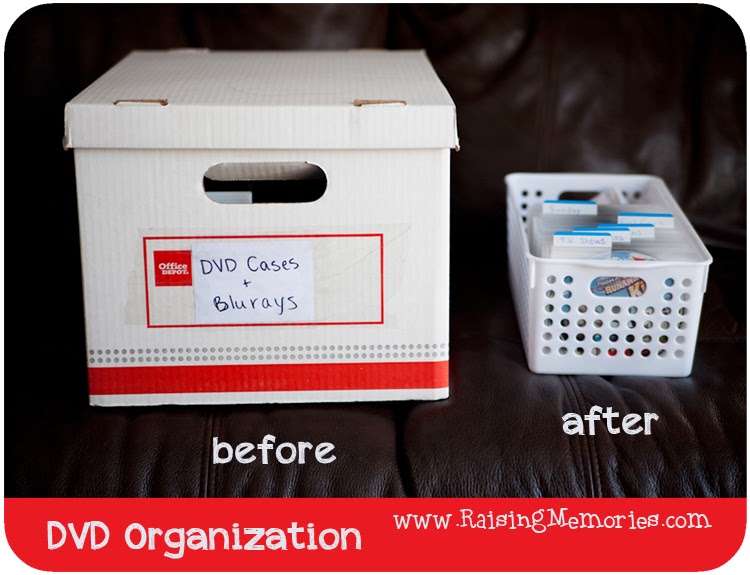 So, disclaimer: This was not my original idea. When I was on my blog break in February, I discovered a couple of organization youtube channels and this idea came from Alejandra at Alejandra.tv (see her video here).

I found the white plastic bin at the dollar store for $2.

I used Post-it Tabs (recommended by Alejandra in her video) for dividers.
(You can stick these right to the envelope or you can
cut out a 5x5 piece of cardstock for a divider
and add the tab to that instead of to the envelopes) 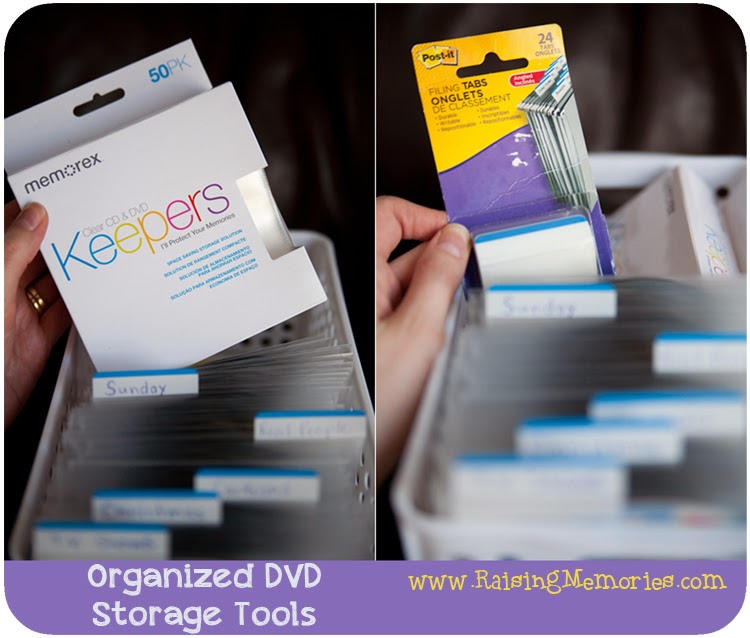 I used these Memorex Keepers (plastic disc sleeves - also shown in Alejandra's video)
which I found at Staples.

I also used the paper ones for our CDs (we got a separate bin for those) because we don't take them out as often (so I wasn't worried about how well they'd hold up) and they were cheaper than the plastic ones (found these at Walmart). 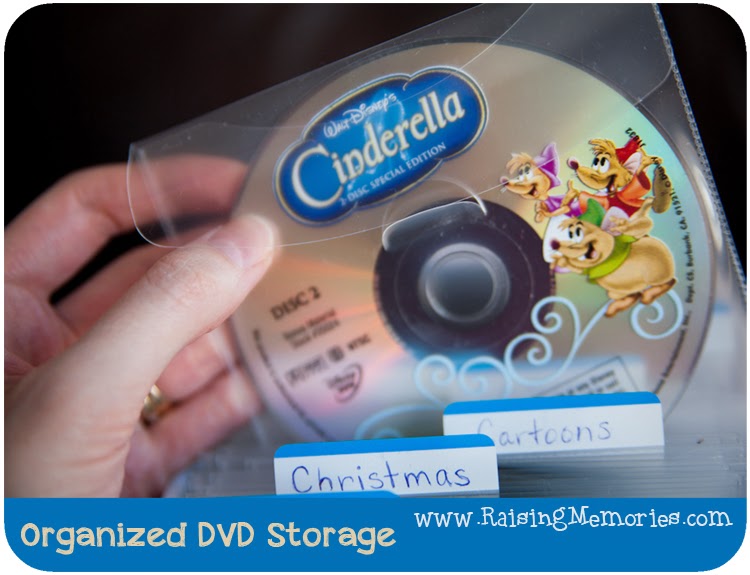 I thought about which categories of DVDs we have and sorted them all with dividers. I've explained the system to the girls and so far they've been good about putting them away, so I'm excited about this system! 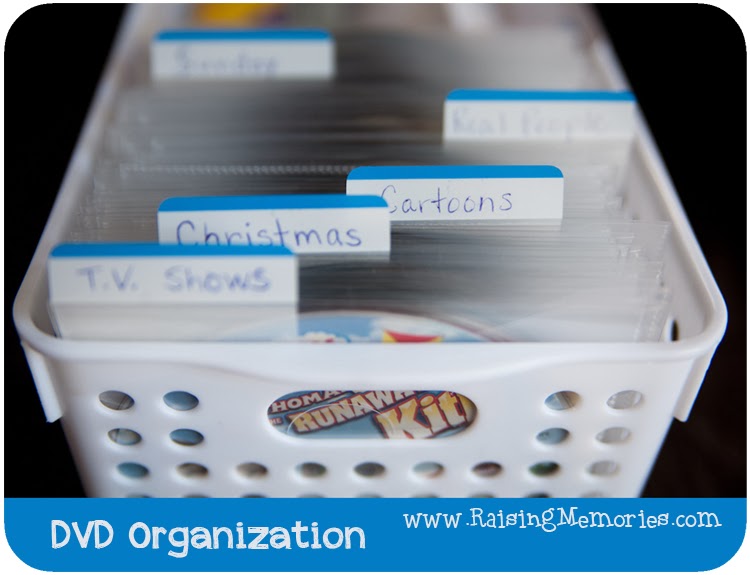 You can see that our box still has room for more DVDs- just think of the space you could save if you had twice as many DVDs as we do! (2 of those big boxes of cases compared to one of these little bins!) 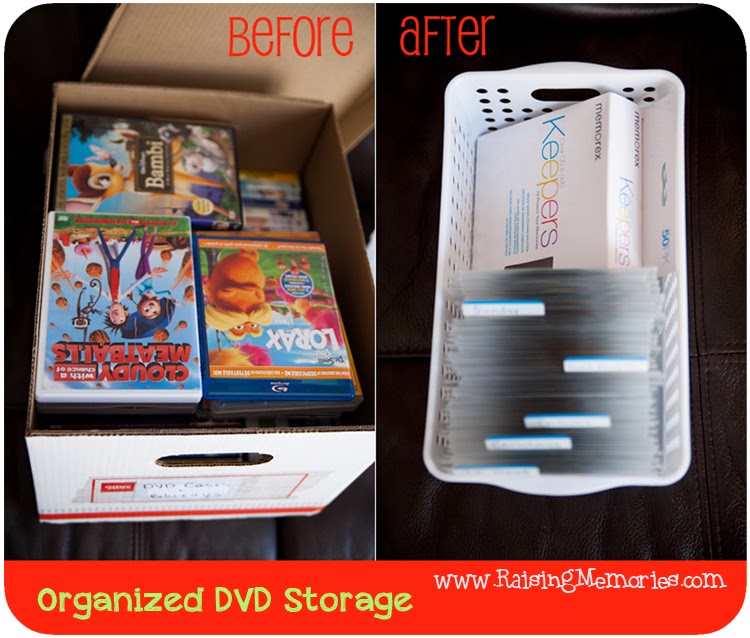 If you haven't heard of Alejandra, and you like to organize, I recommend her channel!