Thoughts: Being Happy Where You Are

Thoughts: Being Happy Where You Are

I've been thinking a lot about being happy with where you are. Not just where you are as in location, but the stage of life you're in. 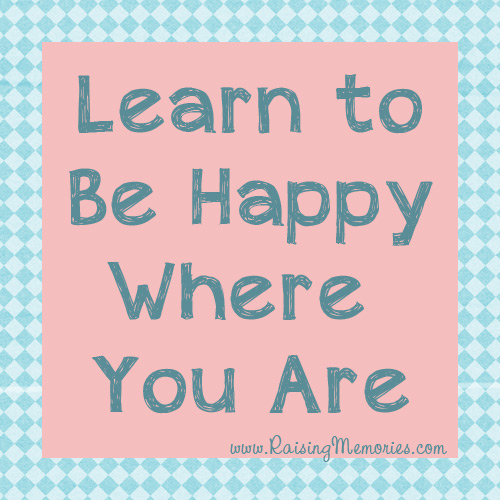 A little background information: When Ken and I got married we were both 21 years old. We were both working on our bachelors degrees at University. We each graduated. I stayed home with our baby girl. He went on to do his Masters degree. He defended his Masters shortly after baby girl #2 came along. Then began work on his PhD. 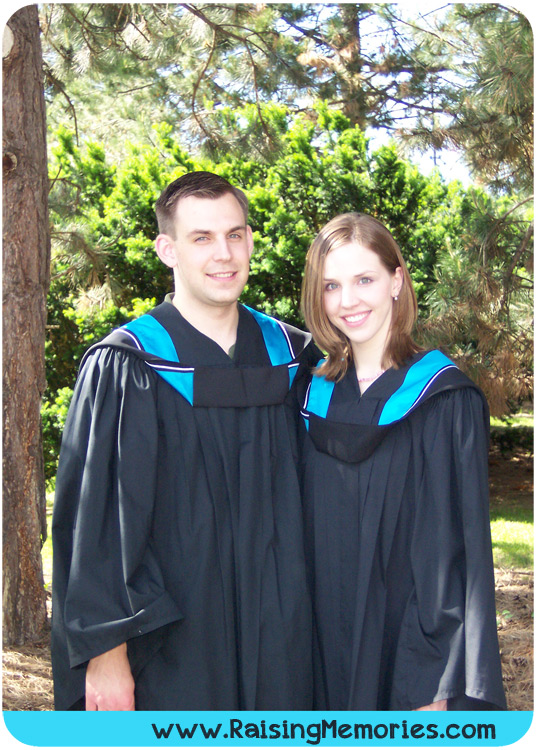 Often over the years we have been married, people have asked me if I am excited for when he will finish school. They remark how I must be sick of living "the student life". I never really felt that way though. It was just the way married life had always been for us, so I felt like I didn't really know what it would be like to be done school; I just knew that things were fine the way they were and we'd see what that was like when we got there.

About a year ago, we started to plan for Ken to graduate with his PhD. We thought he would graduate and we would move somewhere (probably out of the country) for him to either get a job working for a company, in research, or to start post doctoral research at a University. We expected to be in a new home in time for the girls to start school in August/September of 2013.

As this time approached, I started to let myself imagine what it would be like to move on to the next stage of our life. I started to think about perhaps owning a home, having more space, maybe having a second car. I dreamed of possibly living somewhere that would stay warm all year, I wondered if it would help my health. I got excited about this next step and started to look forward to all of the possible positives that would come with it!

Things kept taking longer than expected with Ken's research. Soon we were starting another school year at the same public school and projecting that Ken would be finished school by Christmas. Then I found out my local sister was expecting a baby in March and was sad that we had lived near each other for so long and then finally when she would have a baby, I would be far away from her! So, when Ken's approximate finish date was pushed later, I didn't mind too much because it would mean being there for this niece's birth. The approximate finish time was moved to April/May. Then moved again and currently we're looking at July at the earliest.

Over this past year as our plans and expectations have changed so many times, I've learned that thinking about the things that could be better in the future can make you feel like things in the present are not good enough. 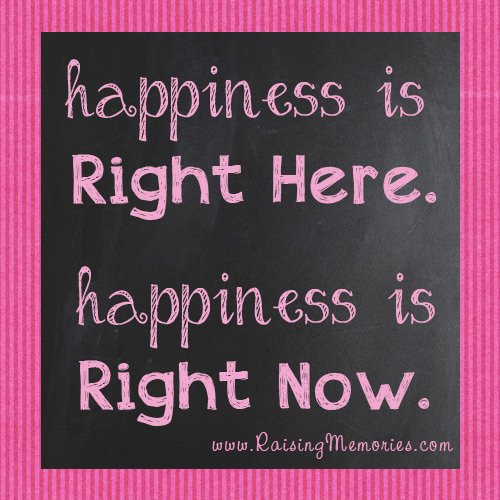 It may sound cliche, but I guess that's because it's true.

Yesterday I was organizing some files on my computer and I came across some videos from when Talia was Katrina's age.  I look back on that time with such fondness!  These childhoods go by so quickly- I can feel time slipping past!  I don't ever want to look back on a stage of life and wish I had enjoyed it more, or been more present, or realized what I had.  So, I'm committing to trying to remember to be happy right now, right here.  To enjoy THIS moment.  It's the moment that's here.