A little while ago, Talia & I went out for a Mommy Daughter date to see Alexander and the Terrible, Horrible, No Good, Very Bad Day :)  After the movie, we went to McDonalds for a treat and Talia saw the posters about McDonalds' Monopoly.  She asked me what Monopoly was and I was surprised that she didn't know!  I told her it was kind of a more grown-up game, but they have a kids' version that I had when I was little and that my parents might still have it at their house, so maybe we could play sometime.

Not long after that, I found out we were going to get to review the new Monopoly Junior- what great timing! 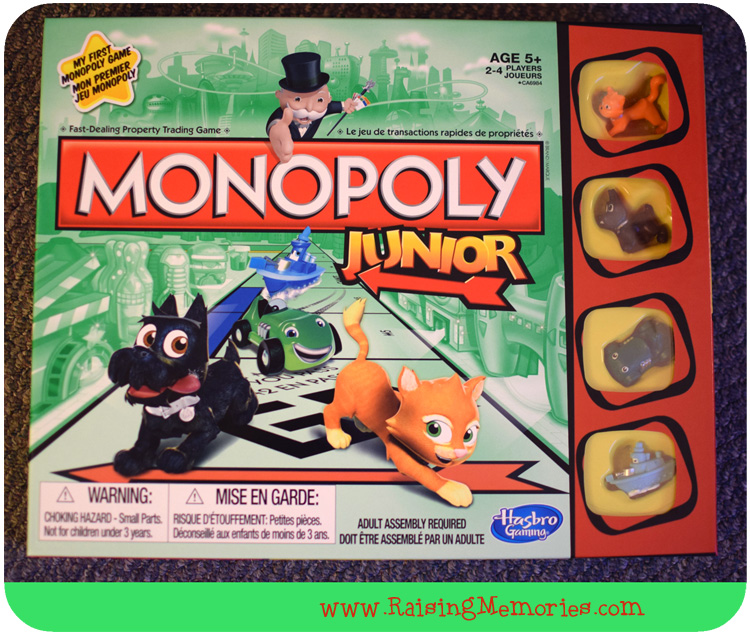 When it arrived in the mail, I set it aside to surprise the girls with when they got home from school.  Ken was working at home, so we all played the game together.) 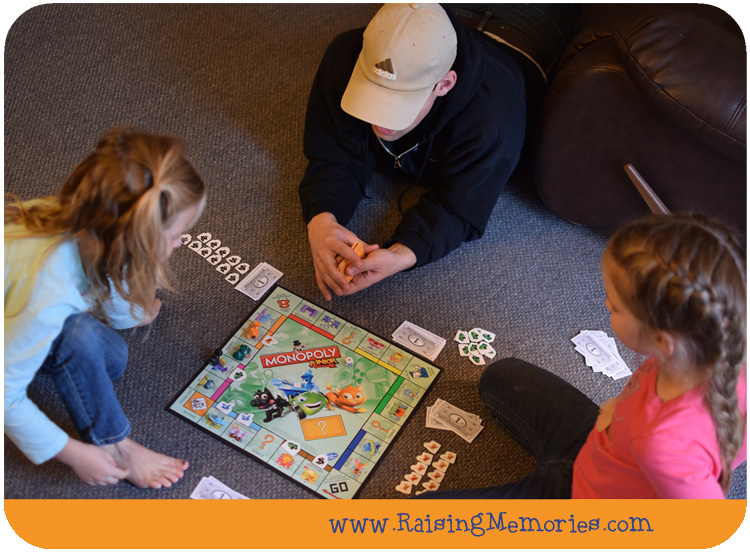 So.. from what I remember of what Monopoly Junior was like when I was little, some things have changed!  There are no property cards and all of the money is $1 bills!  I think these are improvements because it wasn't hard at all for my 5 year old to learn how to play or to keep up with the rest of us!

The new game pieces are meant to be like the "kid" versions of the classic tokens.  We all had lots of fun playing (I totally lost and Ken won).  That night, Ken took Talia to play basketball and Katrina and I played again.  She totally beat me ;) haha  That girl had Boardwalk AND Park Place!  Speaking of the properties, they are all fun things like pizza shops, ice cream parlours, movie theatres and museums.  I think it's great!

The only negative I have for you is the packaging.  You can see in the first photo that there are little windows in the box lid and the game pieces are in a little plastic holder.  That holder is kind of annoying because you have to basically push the plastic inside-out to get the game pieces out, and they don't easily sit inside of it for storage.  That's the only thing I would change if it were up to me (and I may be a little OCD about it, so it's probably not a big deal to most people ;) 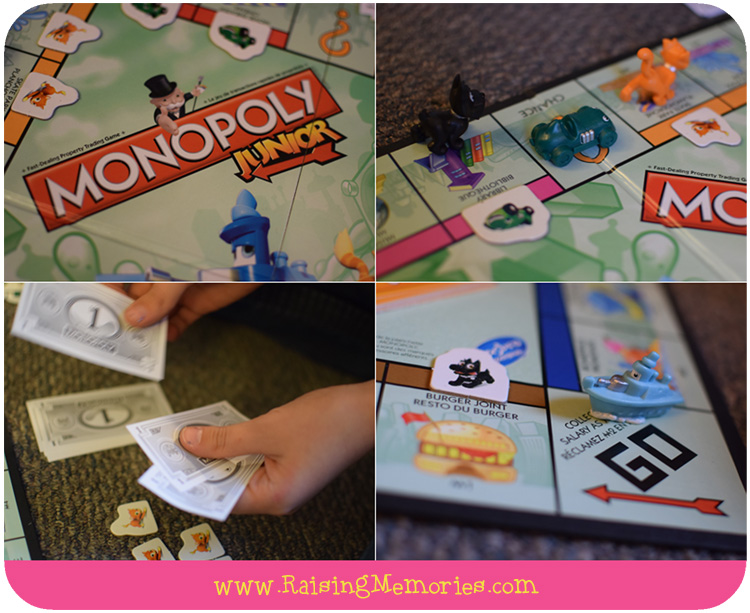 We had a really fun game night & we're looking forward to many more!

Disclosure: I received these products complimentary from Influenster for testing purposes.
You can find other posts online about it with the hashtag #GameNight