We have been trying out Gay Lea's Cinnamon & Brown Sugar Spreadables this month and experimenting with using it in different recipes and with different snack ideas. I would typically use something like this by just spreading it on toast (which tastes amazing) but for my post around this product, I wanted to think of a recipe to use it with.

I have tried it melted & drizzled on popcorn (delicious.. but a bit messy.. I ended up eating it with a spoon), I have tried it on toast (tried & true method and the easiest, quickest way to eat it), and I have thought of other ways to use it like baking apples with the spread on them.  I have also watched some fellow bloggers post about recipes they've added it to (such as frosting or crumble on top of a fruity dessert). These spreadables combine creamery butter with unsaturated canola oil to make them spreadable on any food, right from the fridge, but also fabulous melted or incorporated into baking.

What I finally came up with was to use it as a melted sauce on top of mini puffed pancakes and let me tell you, I know something's a winner when I can't even start to type out the blog post or edit the photos for it without salivating! :)  We LOVED this and I think you'll want to give it a try! 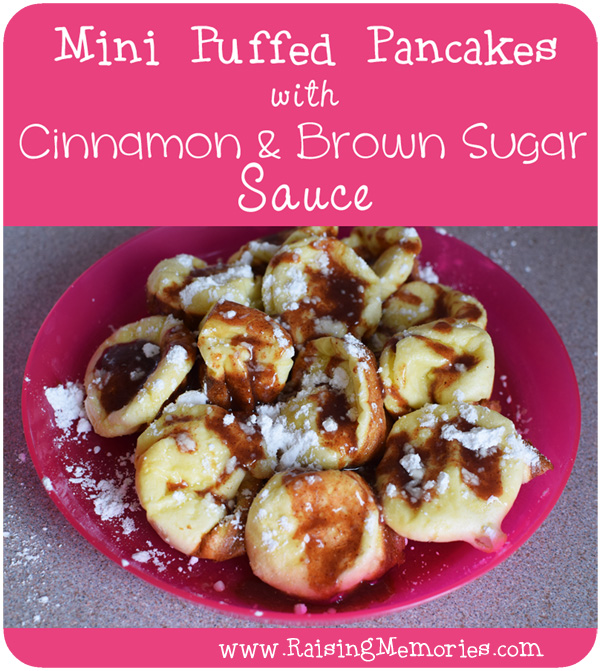 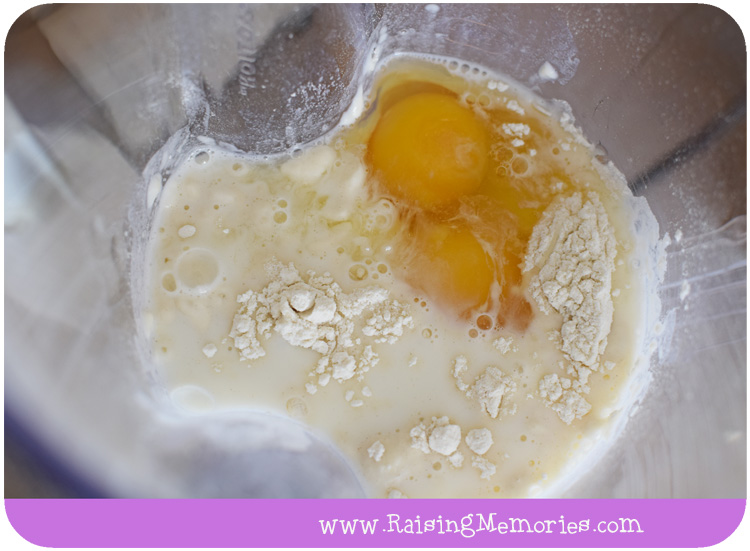 3.  Remove pan from oven (learn from my mistakes & don't take the oven mitts off!) and spray (generously) with cooking spray. 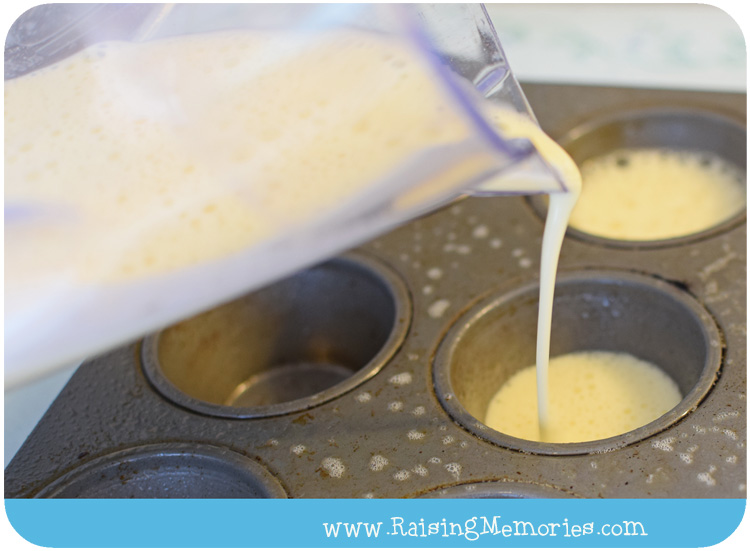 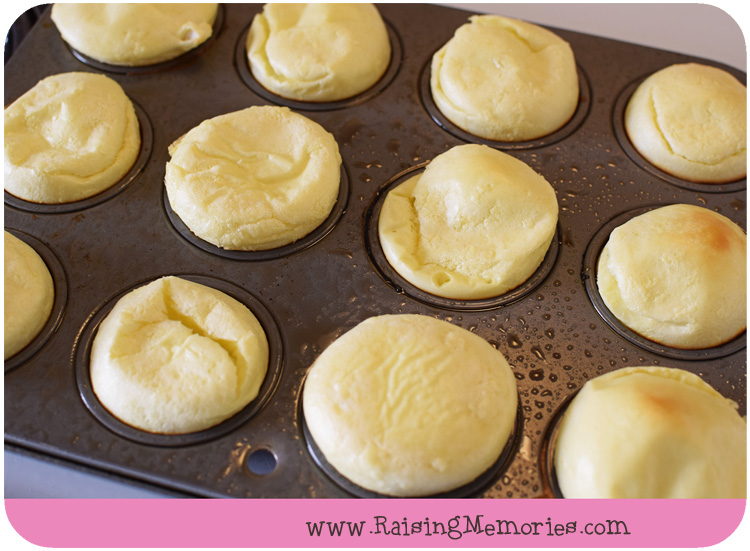 6. Remove from oven and remove pancakes from pan.

7. Melt some of the Cinnamon & Brown Sugar Spreadable (maybe a 1/4 cup or so.. depending on how much you want) in the microwave in a small bowl for a few seconds. 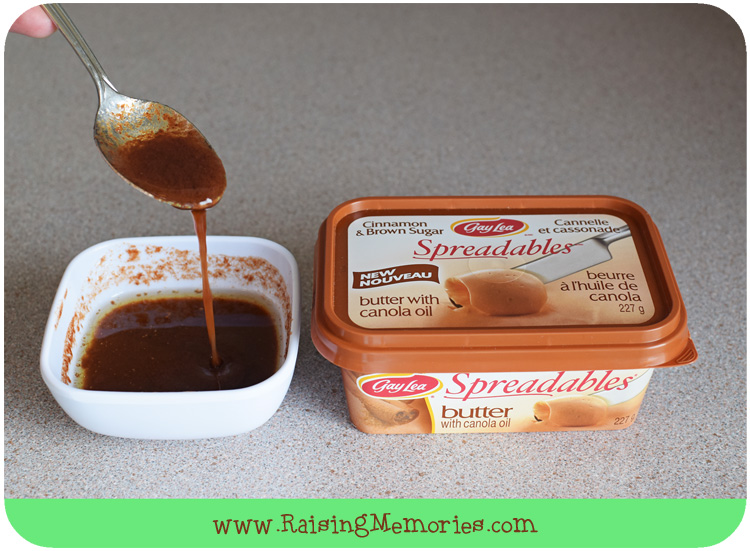 8. Stir your 'sauce' and drizzle on your pancakes. 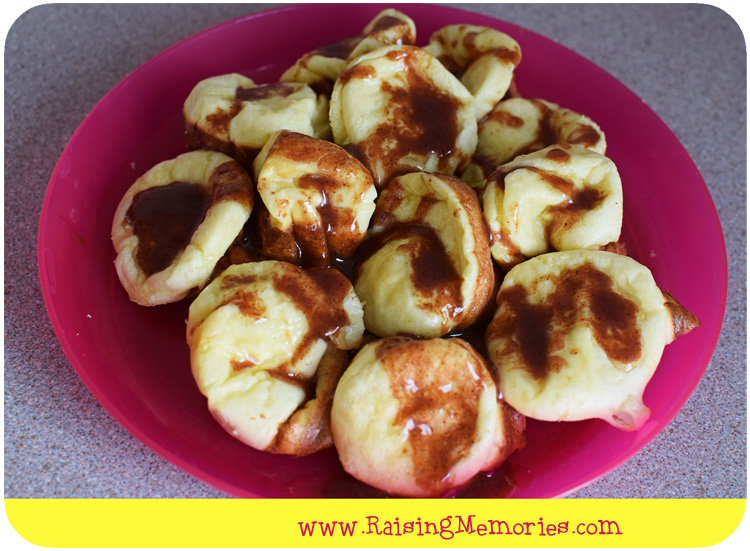 9. Sprinkle powdered sugar on top, and DIG IN!! 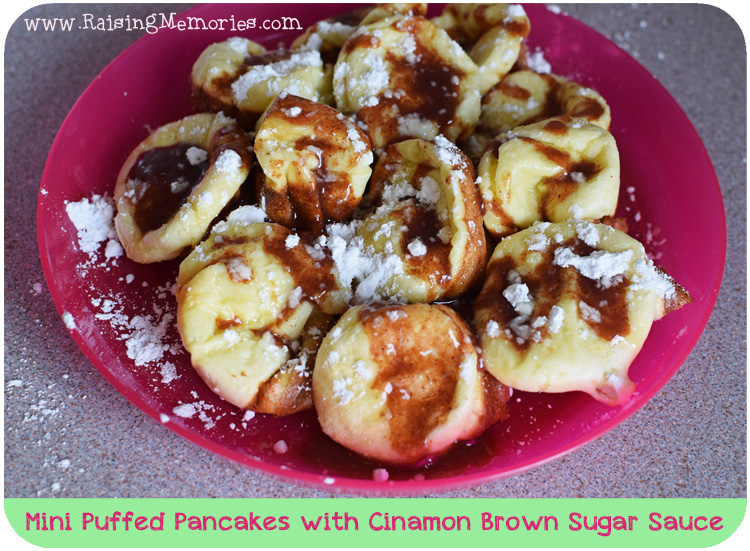 Now, do not walk... RUN to your car and get yourself some of this stuff, then get in your kitchen and start whipping these babies up because you will LOVE them! (I'm going to make them again for lunch because my mouth will not stop watering!)


Before you take off to do that though, you might want to enter this giveaway ;)  To celebrate all of the delicious ways you can infuse Gay Lea’s Cinnamon & Brown Sugar Spreadables into fun recipes, we’re giving away an amazing brunch kit consisting of one Cuisinart Professional Rotary Waffle Maker, one Cuisinart Conical Burr Coffee Grinder and one Staub En France Cast Iron 10” Frypan! (This prize is worth $340!)  There will be one winner (across all of the Gay Lea blogger blogs).

The giveaway is open until April 30th, and you can enter for both by filling out this form:

[Rules: Readers may enter across many blogs, they may only win on a single blog. Entrants must be a resident of Canada, however those in Quebec are unfortunately unable to enter the giveaway. Winner(s) can expect their prize in approximately 4-6 weeks!]


You can check out the Gay Lea Website for great recipes and more information on their products. They also send out monthly newsletters featuring great tips and coupons!


Disclosure: I am part of the Gay Lea Ambassador Campaign with Mom Central Canada and I receive special perks as part of my affiliation with this group. The opinions on this blog are my own."