The final stop on our road trip across eastern Canada was in the Gatineau area of Québec. We drove around 10 hours from Saint Andrews, New Brunswick to Ken's cousin's house in Ottawa where we stayed overnight (Gatineau is the part of Québec that borders Ottawa).

While we were in Gatineau, we visited the MOSAÏCANADA 150/Gatineau 2017 exhibit in Jacques-Cartier park. It was absolutely beautiful! 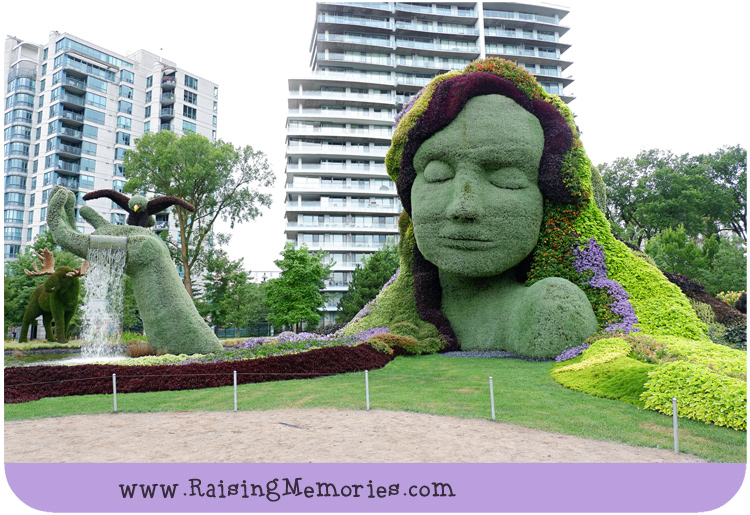 There are 40 different arrangements and they are all pretty amazing! One of the first that we saw was this Anne of Green Gables one- perfect after a trip to Prince Edward Island! :) 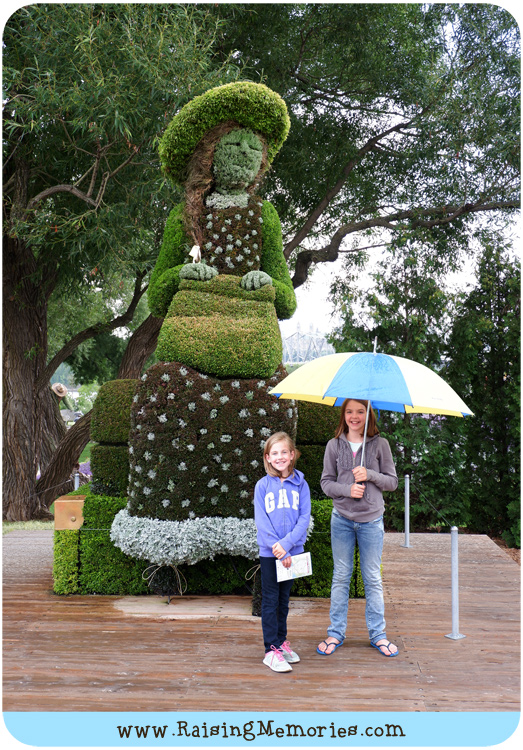 The exhibit is open until October 15th this year, rain or shine (as you can see from the photo above, we had a little more rain than shine during our visit). The next photo is of one of the larger sculptures and it was my husband's favourite. 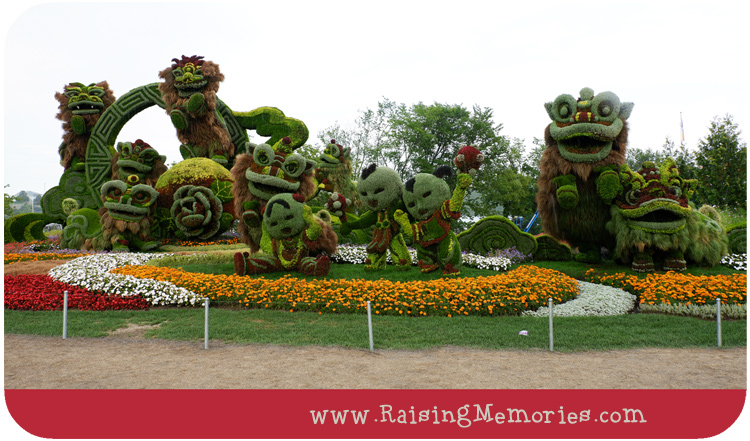 You can have a guided tour if you'd like, for $10 per person, or just walk around on your own like we did. There is free parking close by (we found a spot on the street not far from the main entrance on the corner of Laurier and Saint-Étienne. 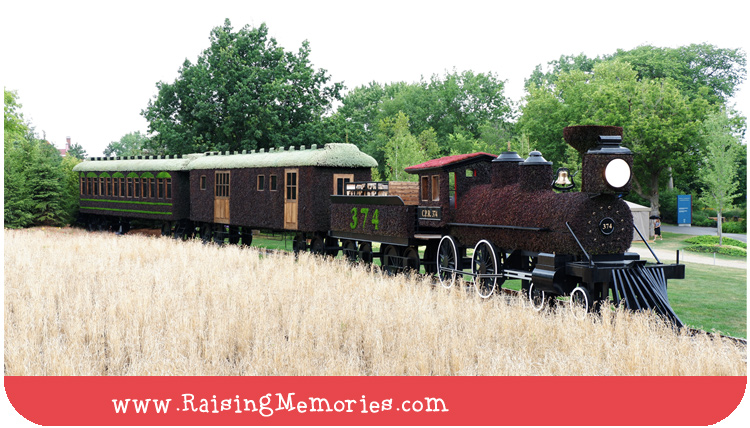 That evening, we went to a performance of Cirque du Soleil VOLTA in Gatineau. The show has now moved to Toronto (it started yesterday and shows will continue until late November). 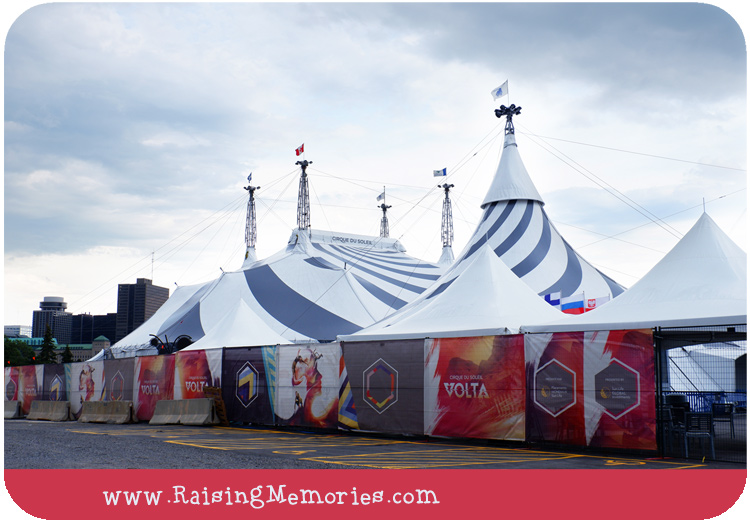 The performance is done in a big-top tent and it was amazing. VOLTA's story is about being true to yourself, fulfilling your potential and the influence and power of the group to make that possible.

There were incredible feats of acrobatics and athletics and I was impressed with the fact that everyone and everything had a purpose on stage and all the movements, choreography, and even set designs were always interesting. The story incorporated a lot of technology, and even used video (both live and pre-recorded) which I thought was great. The props, lighting, music, and incredible costumes were all so amazing, it’s no wonder that Cirque du Soleil is so well known. 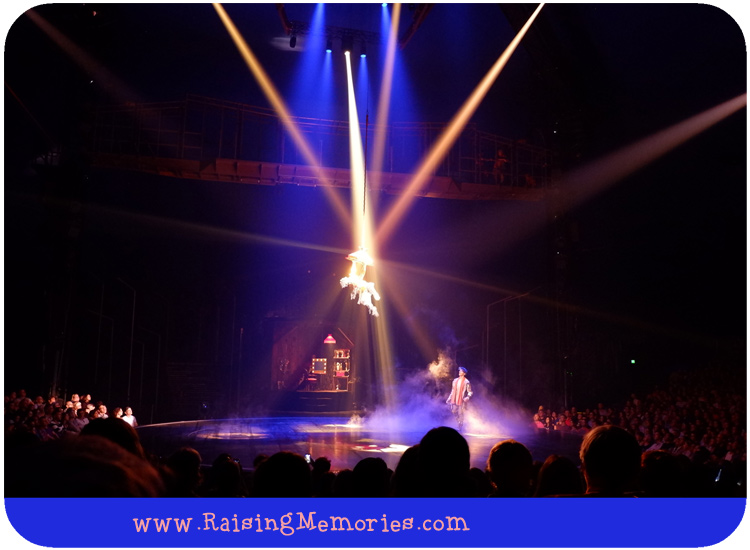 We loved the show and were so impressed by the talent and skill that goes into such a production!

I took some video, to give you a small glimpse of what's included in the show. My little video shows you some awesome rope skipping, acrobatics, bike stunts, acrobatic ladders, hair suspension, unicycling and more! There are quite a few acts that I didn't catch on video, including a pretty impressive BMX finale of acrobatics on wheels!

This a great show for families, with moments of comic relief coming from the emcee of the show. There was, however, one moment involving the emcee lifting up a small skirt to reveal his thong that might be a bit risqué for young kids!  Our kids got over it pretty quickly but there was that awkward moment where parents give each other the look and wonder what's going through their kids' heads.

All in all, we were really impressed and amazed by the whole show. I have already recommended VOLTA to friends and family who live close to Toronto- there's still a good month and a half left, so you certainly haven't missed your chance to see it!

We completed our trip to the Ottawa/Gatineau area on our last morning by getting Beaver Tails (you can't go to Ottawa without getting these, if you ask me!) and then we were on the road again, heading home! 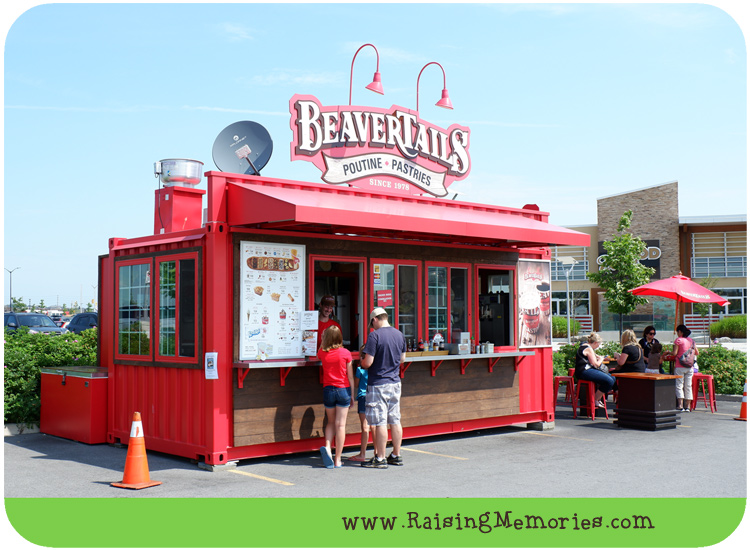 We only did a couple of things in the Ottawa/Gatineau area during this trip, but we made a trip to this area once before, so if you'd like to know more about what there is to do with young kids in the area, you can check out my previous posts: