I'm still catching up on sharing some of the things we did in December!  The girls found some special KINDER® products under the tree Christmas morning, but we decided to save these big items for New Years since there were plenty of treats to be eaten around Christmas! 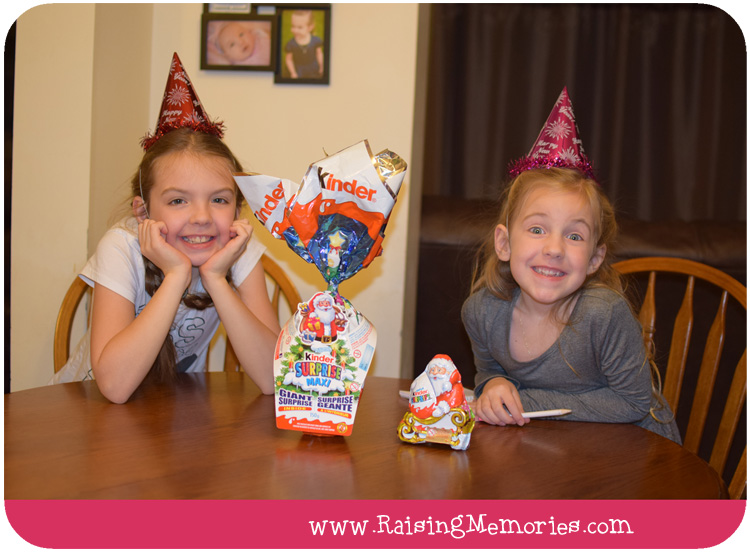 They were pretty excited to unwrap that huge egg on New Years Day!  When they saw the chocolate egg inside, Katrina could hardly restrain herself ;) 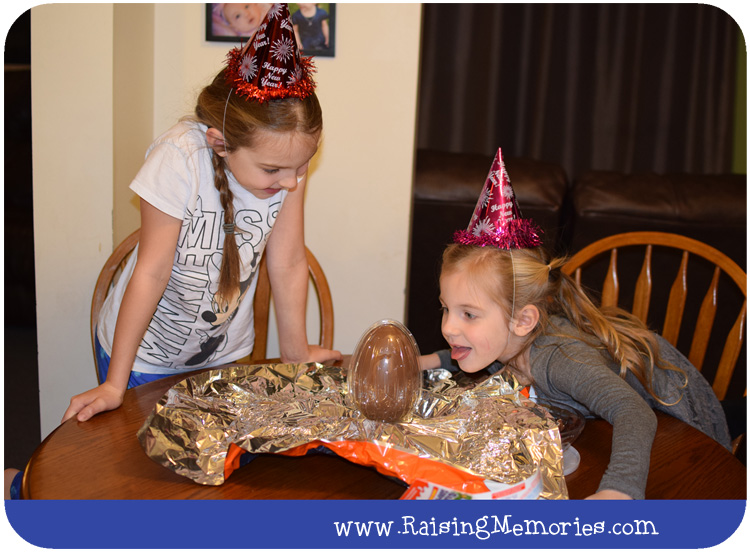 It was fun to get a bigger toy to play with and pretty exciting just to see the oversized egg! (We had to pack a lot of the chocolate away for later though! ;) 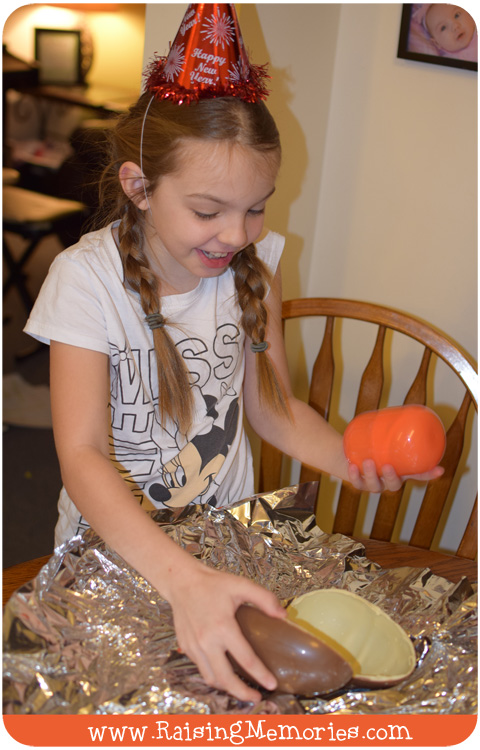 Watch for new toys in 2015- there are 50 new toys in classic KINDER® SURPRISE eggs and 50 more in the Pink ones! Talia had a look at a few of them and is hoping to see a cute hair clip or a parachuter in one of her future eggs! ;) 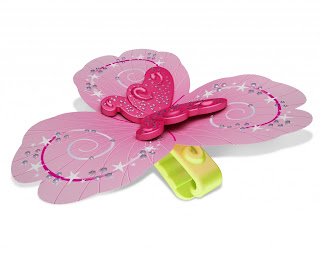 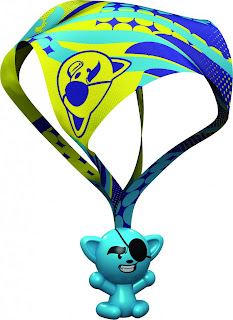 January 26th-30th is Games & Puzzle week and the KINDER®  Canada Facebook page is celebrating with daily prizing, so don't miss it!

How did you celebrate the New Year with your kids?

We went over to Ken's brother's house on New Year's Eve and partied with cousins and grandparents. The kids had an early countdown and went to bed while the adults played games and snacked some more. In the end we were home in our own beds by the time the "real" countdown hit, too! :) 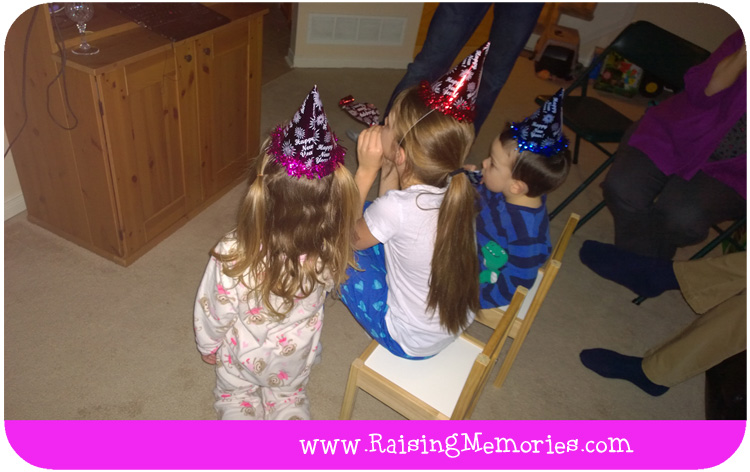 Disclosure: I’m a #KinderMom who is part of the KINDER® Canada influencer team; as part of my affiliation with KINDER® Canada, I am provided with special perks and products. All thoughts and opinions are my own.