How To Gift A Surprise Trip to Disney On Ice

How To Gift A Surprise Trip to Disney On Ice

We wanted to give our kids mostly "experience" gifts for Christmas this year.
We weren't anti-toy, but we were definitely trying to think of other options.

We get a couple of TeamBuy/Groupon types of emails sent to us and when Ken saw a special deal for a local production of Disney On Ice, we decided that would be our main gift to the girls. As soon as we purchased the tickets, I felt like a kid on Christmas! I couldn't wait to tell the girls!

As Christmas day approached, we knew we wanted to think of a creative way to surprise the girls and let them know that we would be going to Disney On Ice, and we wanted them to be able to actually open something.

So, here's what we came up with:

They opened a regular clothing box... 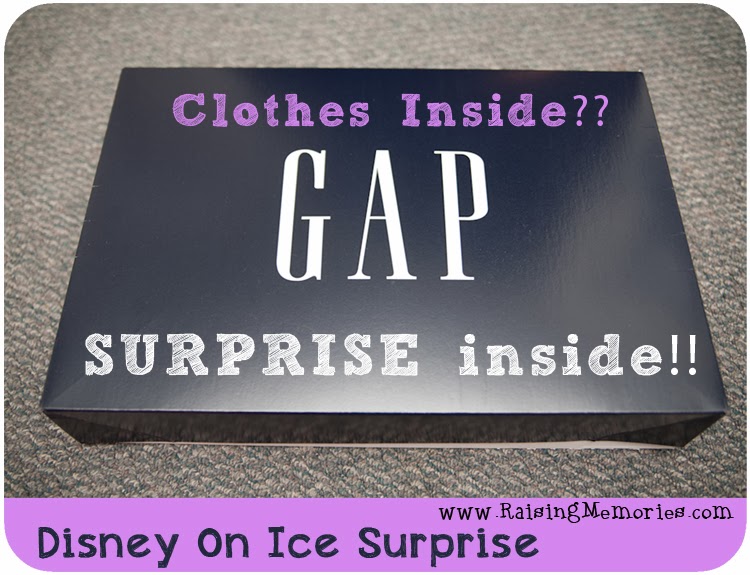 ...and found this note inside: 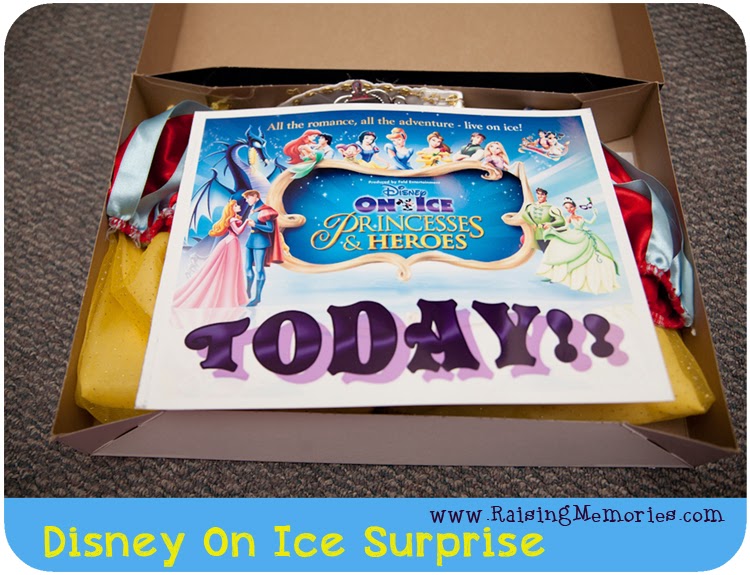 Under the note they each had a princess dress & a crown (these were dress up costumes we already had, but you could surprise your kids with new ones if you wanted) to wear to the show!
(Did you know a lot of kids dress up as their favourite princess when they go to these things?) 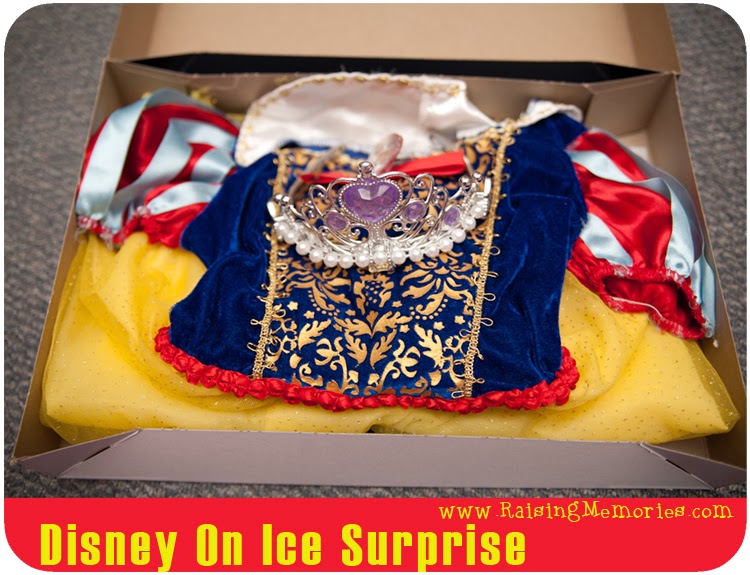 At the bottom of the box the girls each found a glow-crown and a glow stick wand to take with them to the show. These were awesome because the girls were really excited about them AND we found them at a dollar store, so we saved money on more expensive souvenirs when we got to the show! 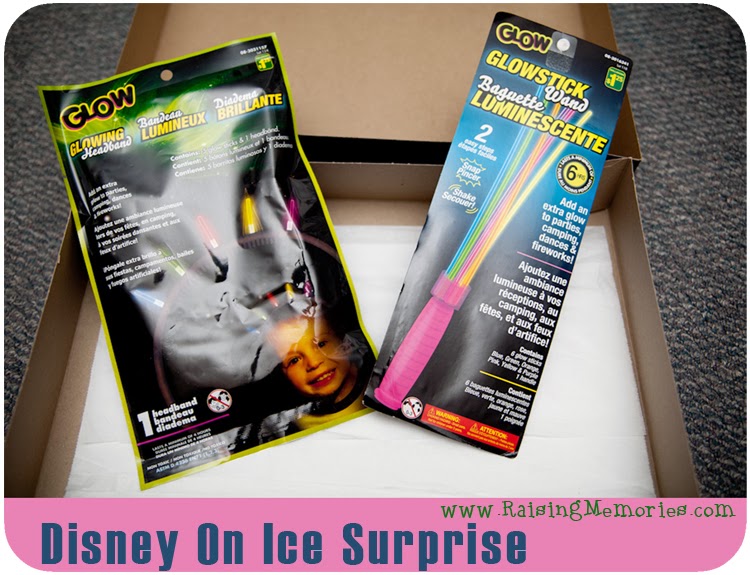 We also took with us some snacks and a couple of special treats from their Halloween bags.  This way we didn't need to spend money on treats at the show!  The girls were still excited about the treats we brought and there were no disappointments or disagreements about wanting treats or glow-things that were too expensive for our budget :)
This was such a fun way to spend our Christmas afternoon!